Actress-entrepreneur Katrina Kaif has reigned Bollywood forever. In all those years of becoming an influential A-lister and delivering big blockbuster hits, she stood out because of her sartorial picks in the same.

Along with hard work done on her Hindi parlance, acting skills, and body language came a versatile career, memorable song performances, and a massive fandom. So we took a trip down memory lane and decided to decode our birthday girl's most trendsetting movie moments. 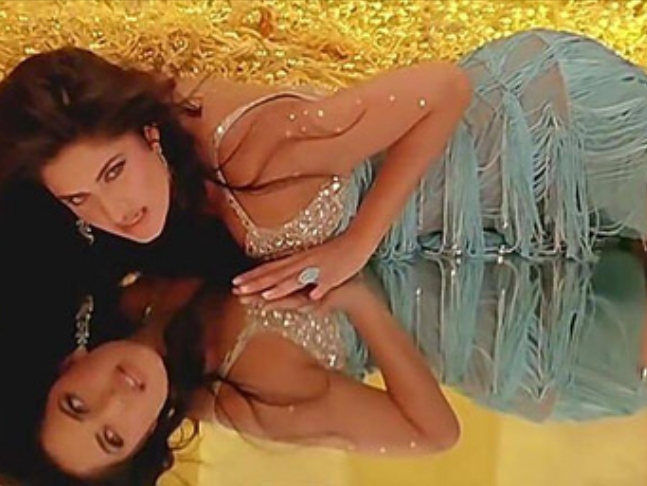 If anyone ever denied wanting to twirl in the Zara Zara dress for a few hours, they aren't worth your trust! Amidst never-ending plot twists, Kat played a charming secretary in this blockbuster hit. Though we failed to understand what exactly made the corporate diva transform into a sudden grooving seductress, who's complaining? Miss Kaif moved so effortlessly in that short blue and silver number with those dangling tassels that every other girl at the club in 2008 was spotted wearing a fringe dress.

Fun fact: Katrina bought the dress for the song herself, thinking it would work, and oh boy, it sure did! 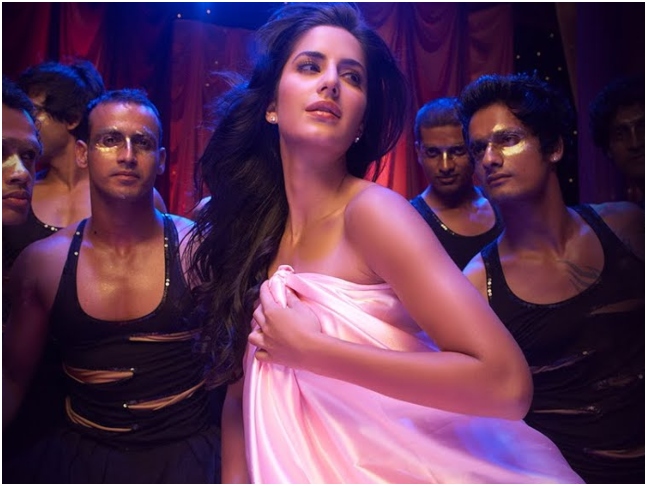 Tees Maar Khan gave us nothing but the joy of experiencing Sheila Ki Jawani on a big screen. In one of Bollywood's most popular numbers, her outfits ranged from a satin bedsheet, shorts paired with a formal white shirt worn loose and a black tie, a pink half saree, a sparkly white lehenga, a pink blouse and a sleek black knee-length dhoti but the one to suit her frame gorgeous was a shimmery golden blouse and a very low heramb with a golden flower on one side to highlight her belly dancing skills. We still nod in agreement whenever Kat lip syncs the lyrics mouthing, "I'm too sexy for you, main tere haath na aani". A milestone in desi pop culture indeed! Powered by 9XM and an electric guitar, this energetic tune introduced her rock star character walking through shattered mirror pieces in the rom-com. Phew! Still swoon-worthy. The Bollywood Barbie deviated far away from her adorable girl-next-door image and seemed to explore a wilder alter ego as Dimple Dixit. She made everyone fall in love with long pendants, statement earrings, charm necklaces, plumish brown smudgy eye makeup, torn jeans, layered sleeveless tops and bohemian punk rock accessories. Her style was fairly casual contemporary, unlike her hair which was unkempt and dark. 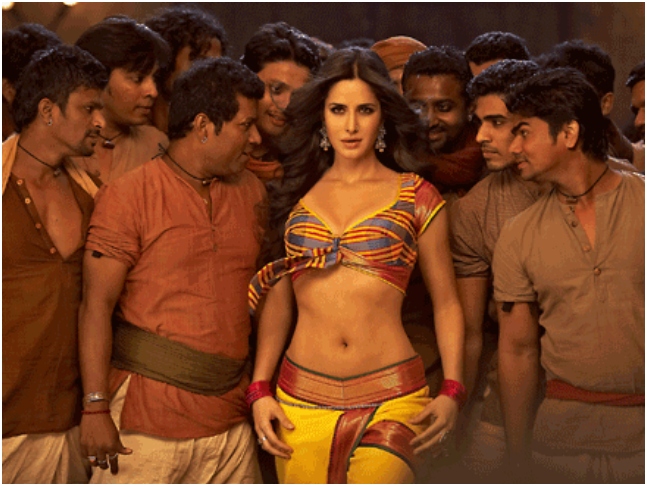 While Agneepath was highly acclaimed by the audiences and critics alike, it was Kat's item number that proved to be a cherry on top for its box office success. The power-packed item number occured right at the climax scene in Mandwa in a very dark and misty setting. However, Kat lightened up the setting literally and figuratively showing up in a colourful Marathi blouse and a yellow kashti with a sharp border. Then she grooved like a goddess to the catchy tune to seal the deal. 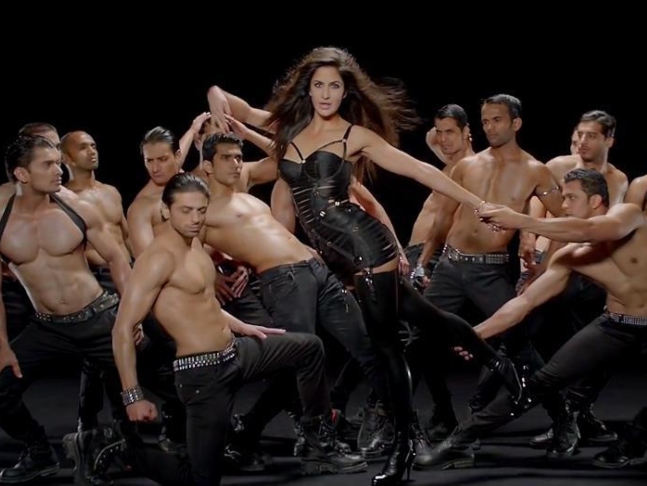 Heads turned, jaws dropped, and everyone was left talking when Dhoom 3's title track released its visuals. Donning an S&M-inspired bondage dress at first glimpse, Kat took the risqué factor to another level. The all-black Bordelle couture accentuated her curves perfectly as it entailed a chainmail bodysuit featuring latex corsets. The look was made complete with black latex leggings designed by Atsuko Kudo. The actress meant business when she just looked all sorts of hot, strong, sexy, dominating and edgy. 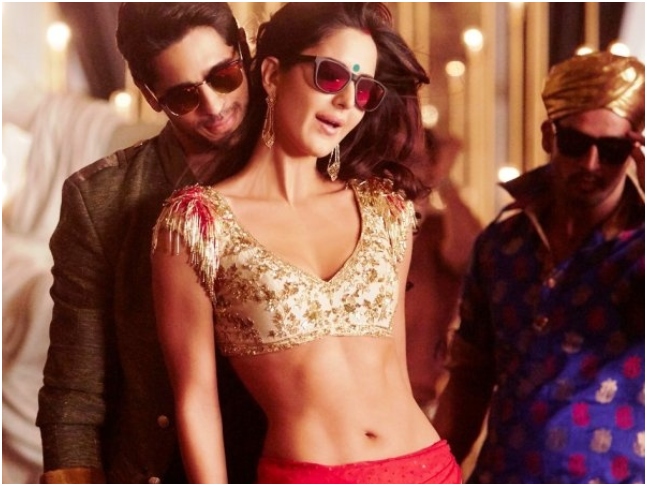 Kala Chasma from the film Baar Baar Dekho was a banger and so were Kat's moves in it. It's still one of the most played songs at various celebrations and parties. However, what caught our eye was her transparent maroon skin-tight leggings donned in an interesting Maharashtrian wrap with a golden blouse showing off her divine mid-riff. Of course the best accessory was indeed the Kala Chasma! 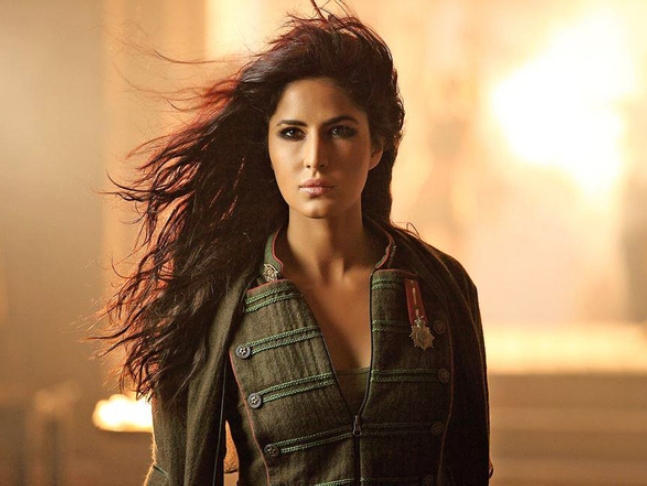 For a movie grappling with global terrorism, ironically this song was a bomb dropped on the dance floors. And the reason why Kat's tough-sultry look translated oh-so-well on screen is due to it being a grunge extension of her own style. She looked ready to pounce in roaring action in an open buttoned khaki shirt, military cargo, a rugged shawl pull over and dreamy loose curls flying in the air. The intense smokey gaze, a dash of tan and her signature kissable nude pout only added further to the bad-ass agent vibe in Afghan Jalebi in Phantom. 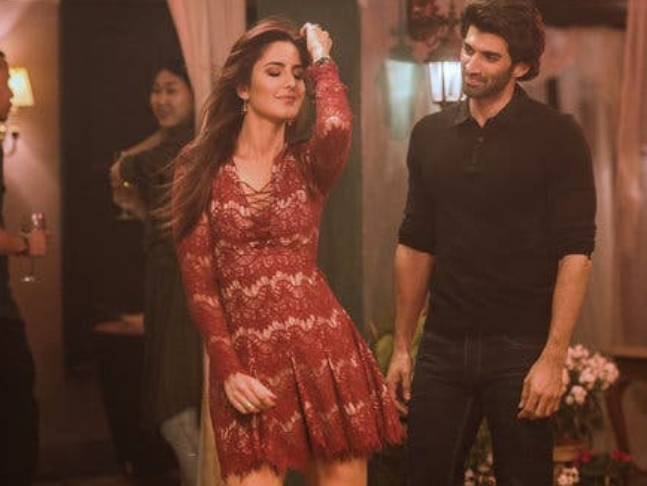 An underrated film, however her 2015 Cannes debut with red locks didn't go unnoticed amongst others! Firdaus meant paradise on earth. Loosely based on Estella from Charles Dickens' literary classic Great Expectations, Katrina truly embodied her affluent character with poise. All her outfits in here were an immediate add-to-cart! Compared to Kashmir in terms of beauty, her fiery red tresses metaphorically represented romantic Chinar leaves that turn red in autumn. Her soft alluring features, royal cashmere comfort, mesmerizing yet intimidating red hair and a powerful stance of sensuous pride carried the breath-taking Kashmiri symbolism with such panache.

P.S: No matter where you press pause in the movie, the actress will always seem like poetry in motion. 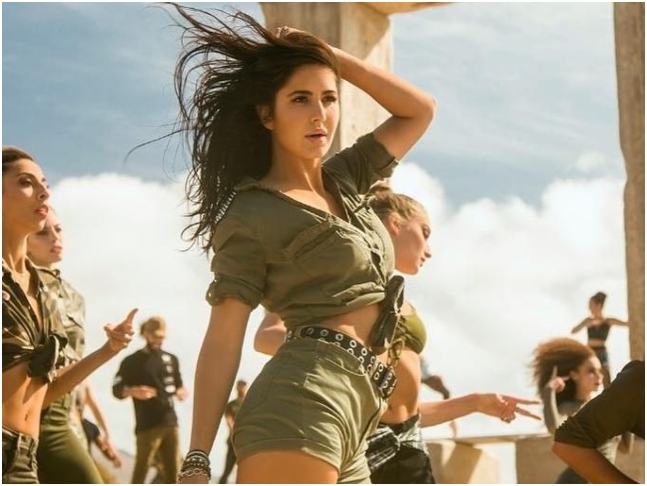 Salman and Katrina played witty agents in this action flick called Tiger Zinda Hai. Zoya initially appears as a happy-go-lucky girl next door but things soon take a dark turn as her identity is revealed. So the finale song 'Swag Se Karenge Hum Sabka Swagat' has Kat rocking an amazing outfit in military colours. A knotted olive top with matching shorts and a rocker belt in brownish shade syncs well with her character who takes on adventures in sexy tom boyish clothes. The foot tapping moves in fashionable boots and Kat's curves are a deadly combo indeed. 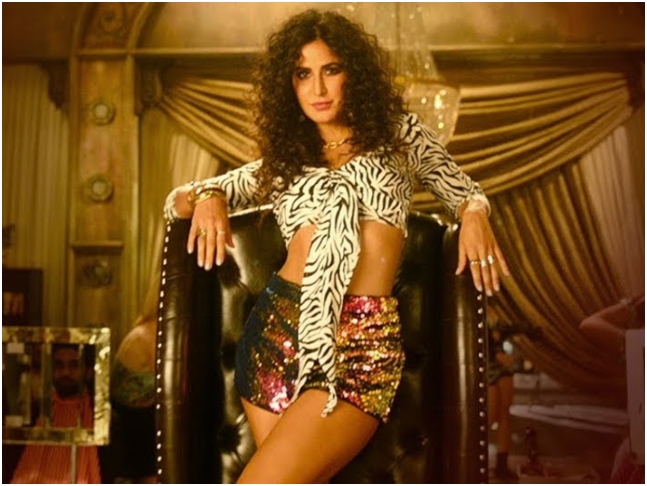 Did you know what Husn Parcham means? It literally meant 'announcement of one's beauty' and Babita Kumari was a living definition of exactly that. Kat's acting along with her outfits were lauded in every frame of this movie. Husn Parcham, from the 2018 film Zero, marked a glamourous character introduction with Kat in a sizzling retro avatar where she sported a 'Bobby' blouse, a lot of bronzer and high fashion curls.

In conclusion, not many Bollywood actresses have experimented much with their style, hair, makeup and vibe in their projects. In contradiction to her usually casual cheeky personal style, Miss Kaif has unexpectedly delivered quite some vogue moments in her movies. Her characters in specific performances not only revolutionized trends back then but even today. Which one was your favourite?

Superstars with super style! Fashion mavens Tamannaah Bhatia and Deepika Padukone have THIS stylist in common