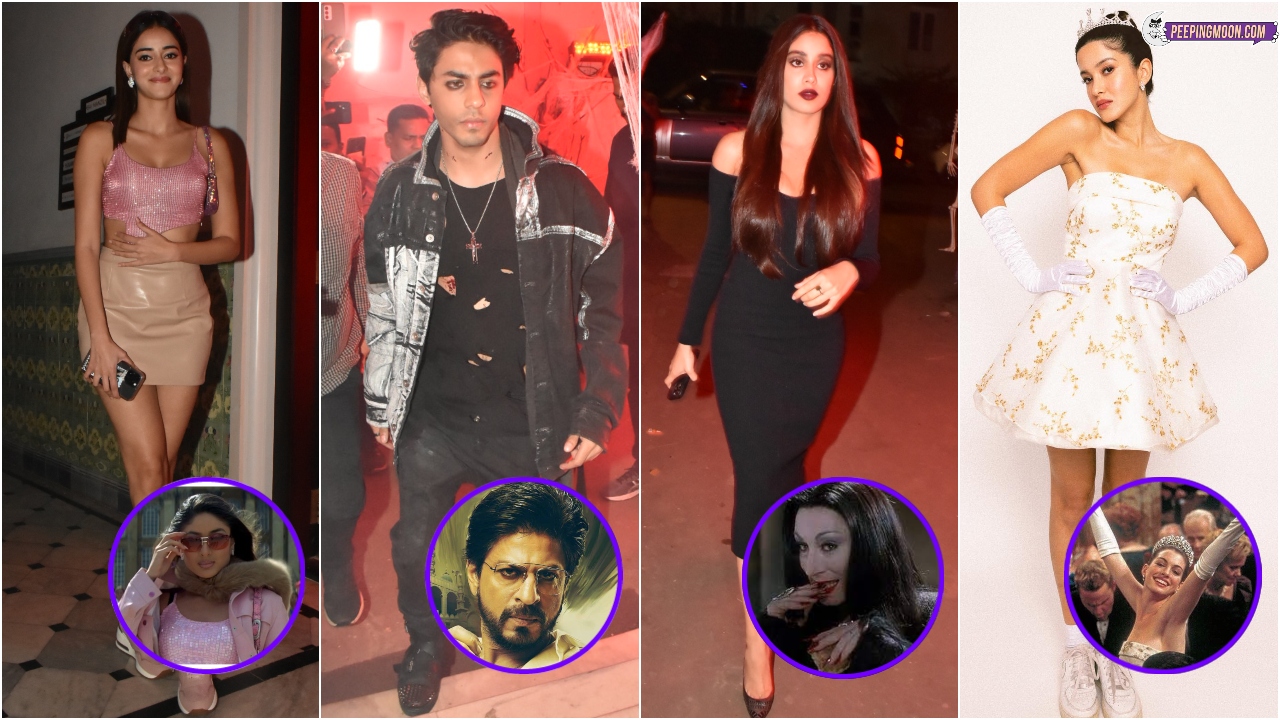 The spookiest time of the year is here and it’s getting heated up! On the day, which is steeped in superstition, people play dress up and participate in various fun games including ‘Trick or Treat.’ With pumpkin decorations, face paints, and undead prop décor, Orhan Awatramani’s Halloween bash was a massive hit.

PHAT! Kareena Kapoor’s Poo from ‘Kabhi Khushi Kabhi Gham’ is one iconic character and we must say, Ananya played this role really well by dressing up exactly like her.

Janhvi Kapoor went goth for Halloween and dressed up as Morticia Addams from the 1991 Horror film The Addams Family.

Navya entered the party as Princess Jasmin and looked breathtaking as she donned that costume.

The Bollywood fashion stylist dressed up as a black swan in an amazing black shimmering gown from Gaurav Gupta featuring a long slit in the front. She also added a crown to her look and looked graceful.

Ibrahim as the Wolverine character from a Marvel movie nailed his look by wearing black leather on top of it.

A slice of Princess Diaries served to you by Shanaya. Dressed up as Mia Thermopolis, she looked adorable in Gauri and Nainika’s strapless mini floral dress. She also added satin gloves and a crown to complete her look.

The Khan boy put on a black tee which was partially ripped and was sealed off with black pants. He went with Kohled eyes, and his accessorizing game was on point.

Sara put on a hot girl show! She chose a mini faux leather skirt with an overlap and teamed it with a corseted embellished blouse. She styled it up with a sling bag and lace-up black heeled boots.

The host and the hero of the party rocked his look with those props, right? A white t-shirt and distressed denim jeans layered with a waistcoat was his outfit for the night.

Giorgia stunned everyone at the party in a black corset outfit with silver embellishments and her Halloween-appropriate makeup.

So, which Gen-Z star looked the spookiest according to you? Do let us know! 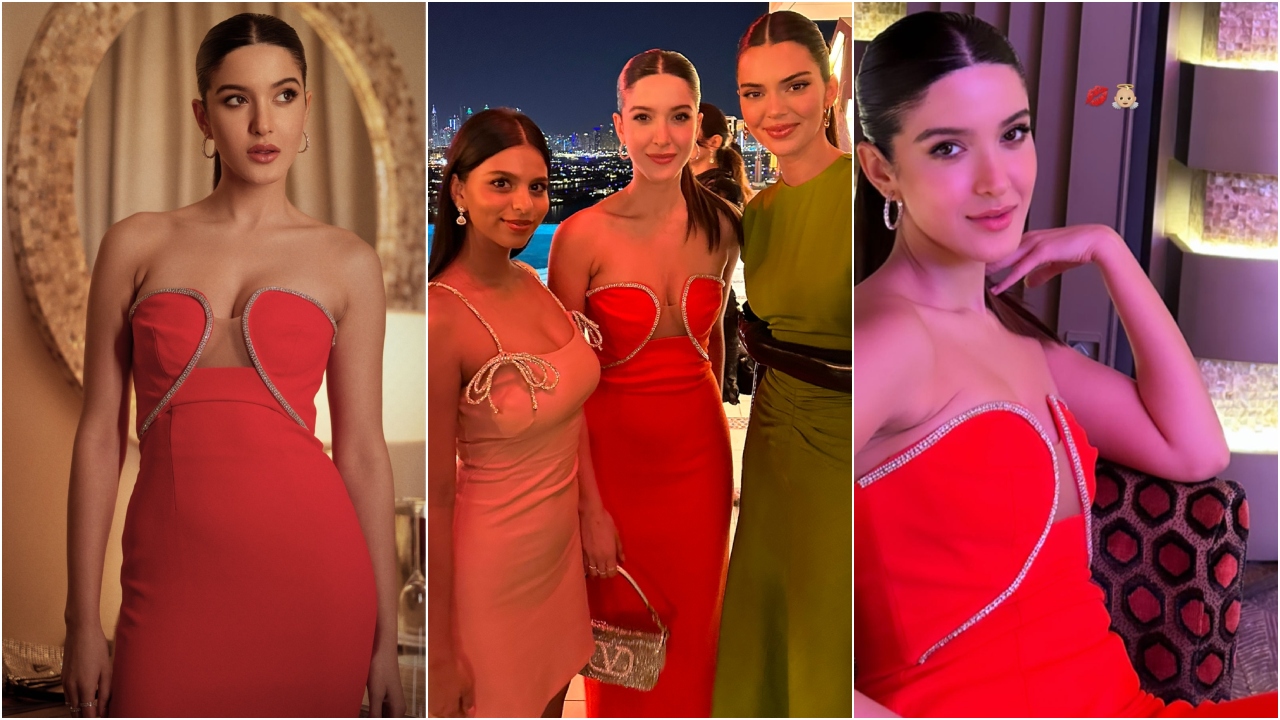 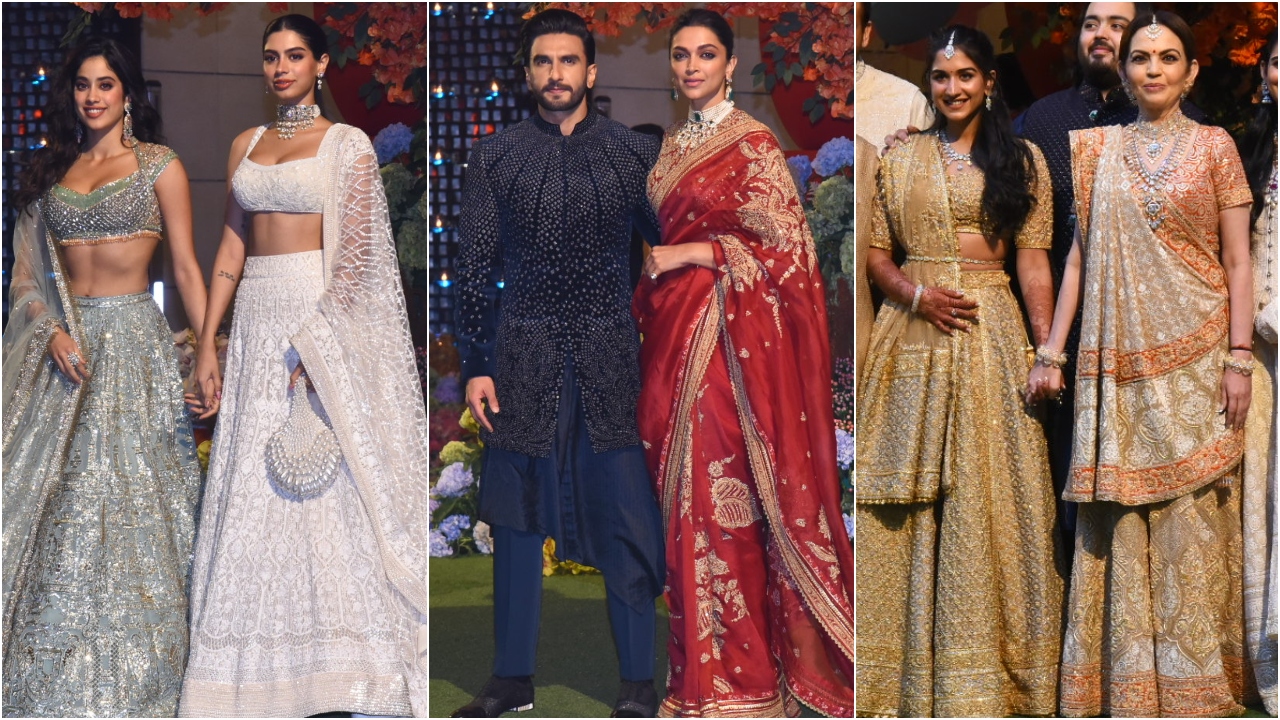 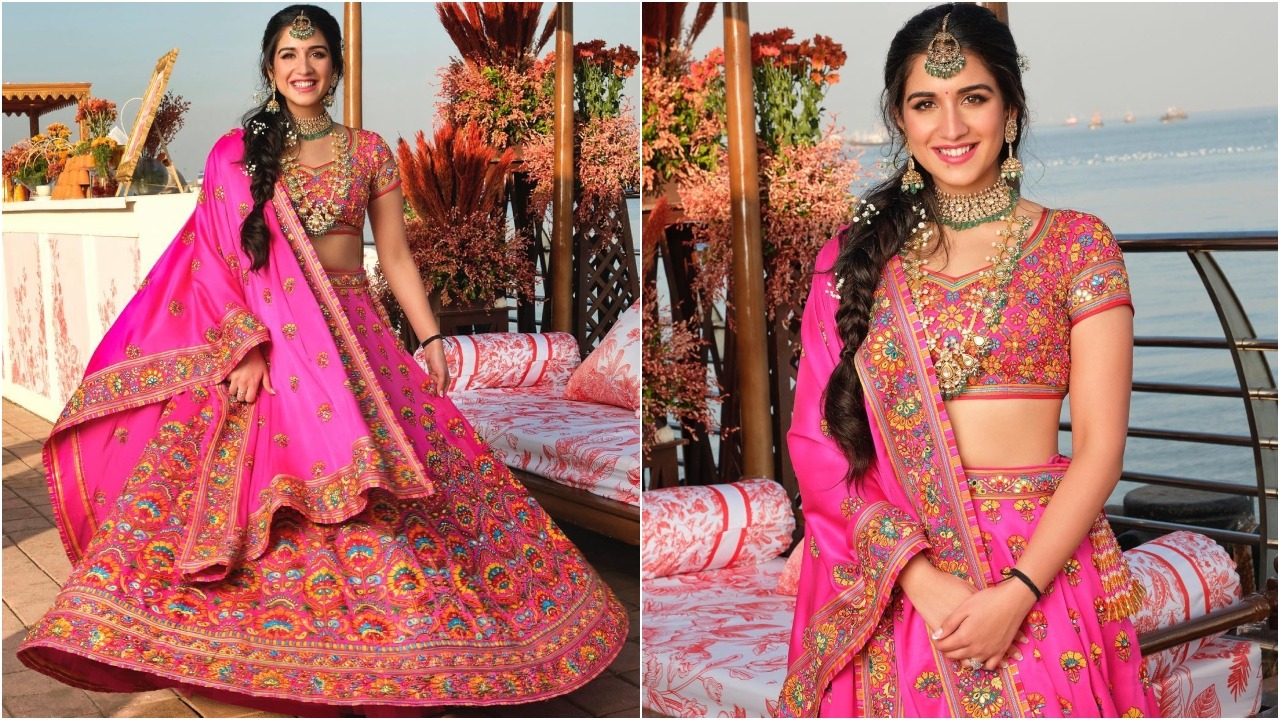