Advertisement
HomeFeaturedBirthday Special: Not a quintessential macho reel hero, but Ranbir Kapoor is a real force to reckon!

Birthday Special: Not a quintessential macho reel hero, but Ranbir Kapoor is a real force to reckon!

Back in September 28, 1982, Bollywood rightfully received yet another gem of an actor and of course a handsome person from the legendary cinema family- the Kapoor, in the form of Ranbir Kapoor. Born to A-lister actors of the 80s and 90s, Rishi Kapoor and Neetu Singh (Kapoor), Ranbir surely qualified to be a superstar and a quintessential romantic performer with traits of a reel hero. But, taking the lesser trotted route, the Kapoor lad preferred to be called a real-life hero over reel and his choice of films reflect the ideology. Ranbir, with projects that portray him with basic human flaws, has managed to bridge the gap between a real person and their celluloid visualisation. Be it the journey from being carefree to a responsible young boy in Wake Up! Sid to discovering his passion, love and sensibilities in Yeh Jawaani Hai Deewani, Ranbir has ensured that he and his characters are just another common person amidst muscular, strong and highly pretentious goon bashing reel heroes, who formed a major part of cinema a couple of years ago. And as our beloved actor turned 37, let's take a look at how he opened a fresh route where real emotions, feelings and mannerisms are paid more weight than seeti maro heroic entry.

Starting with the Wake Up Sid! this Ayan Mukerji directorial debut came to Ranbir quite early in his career, to be precise, it was his third film as the lead. Instead of choosing a role where the hero being rich and wealthy, tries to put in all his efforts to take forward his father’s legacy, Ranbir, in this coming-of-age venture opted to go for a character who was carefree till the core. Sid, a rich brat staying in Mumbai, hardly bothers about his future, despite constant pressure from his parents. It is upon meeting the responsible and mature Aisha and staying with her post moving out from his parents’ residence, Sid realises the importance of being independent and being unapologetic about choosing his passion as a career. With Wake Up! Sid, Ranbir mirrored the feelings, ideologies and sensibilities of collegians and made us relate to him absolutely. Just as Sid suffered from his personal conflict with his parents over career plans, we could somewhere see ourselves and somewhat every youth’s story in him. Keeping aside the typical heroic dialogues, the makers of Wake Up! Sid kept themselves real and fresh, etching the essence of the film in our hearts and minds forever. 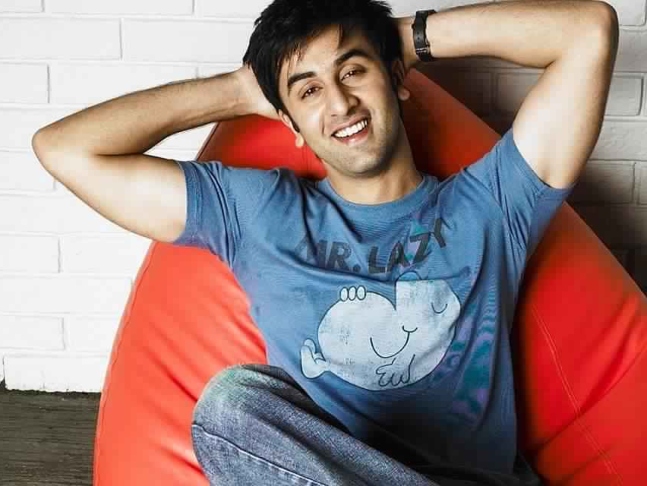 Ranbir Kapoor in Wake Up! Sid

In the same year, the actor gave some major hard work goals as Harpreet Singh Bedi in Rocket Singh: Salesman Of The Year. The film in itself was a unique and heart-warming attempt but what actually stayed back is Ranbir’s simple and common man’s role, who in order to refrain from corruption, gets into the business of sales to attain customer satisfaction over revenue. Like other heroes who get into a battle against the evil-doers physically and legally, Harpreet aka Rocket Singh is a believer of hard work and pure honesty. The YRF film serves as major schooling on how filling up your pockets with corrupt money reduces you to zero and hard-earned revenue shoots you up high in the sky with success. An endearing and real take on ‘mehnat ka phal’ which actually made Ranbir a reel and real hero. 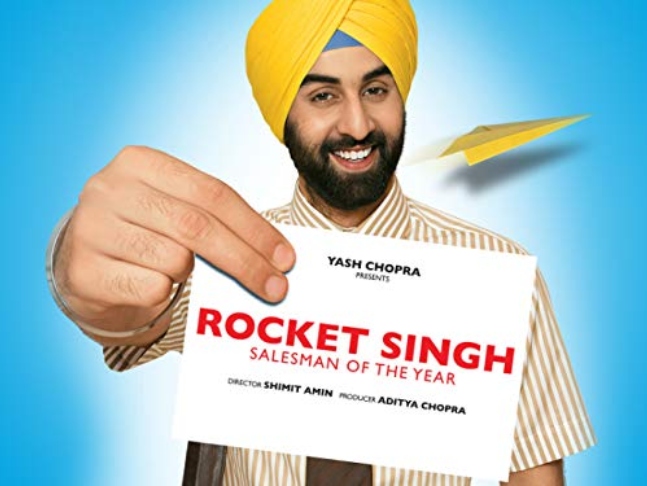 Ranbir Kapoor in Rocket Singh: Salesman Of The Year

And as we move ahead, the actor came up with Barfi! Although before Ranbir, several seasoned actors played roles of specially-abled, but it was through this film that the handsome Kapoor shattered the mould, to give the genre a light-hearted touch. Prior to this Anurag Basu directorial, characters of people with special needs were woven around stories to explicit tears and make the audience emotional with dramatic dialogues and OTT stuff. But thank the makers of Barfi! for keeping the film as real and simple as it could get. With easy to go and lovable characters, who not even once attempted to portray their respective roles to gather sympathy or make us sad. Though, yes, we all cried during the film, but for its realness and authenticity. As Murphy or ‘Barfi’ as he called himself, Ranbir, a deaf and mute Darjeeling boy, was a street-smart amusing person. Without making his inability a reason to sit back, the character is a prankster. Supported with minimal dialogues, Barfi! made the maximum impact through solid expressions and a natural charm that Ranbir brought out. Be it falling in love with Shruti, a normal girl or goofing around with Jhilmil, another specially-abled character, Ranbir’s Barfi had all of us crushing with his natural effortlessness. 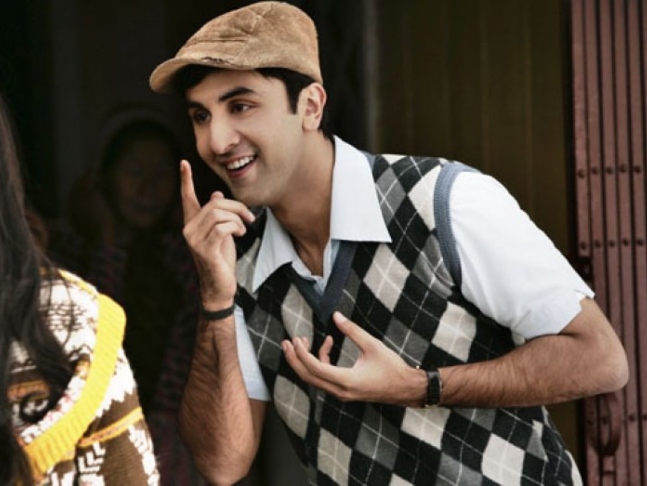 In 2013, Yeh Jawaani Hai Deewani is undoubtedly credited to some major life lessons put forth in an engaging narrative and characters that were real as they could get. Ranbir through Bunny’s lens taught us to be unapologetic about ourselves and never worry about the consequences of our impulsive decisions in our heydays. In the times when flying cars and hero putting goons down to injuries was the ‘trendy’ style, Ranbir schooled us on ‘daudna’, ‘udna’ and ‘girna’, not for bashing men but for chasing our dreams. Although Yeh Jawaani Hai Deewani was a typical masala Bollywood film, it gave out the true essence and meaning of friendship and proved that no matter what, your friends will always stand strong like a pillar. Not just this, the film encouraged us to take some time out and life the moment to the fullest, individually and majorly with your parents. Come may what, family should stand first and spending quality time with them should not be compromised at any cost. Through Yeh Jawaani Hai Deewani, Ranbir yet again showed that to be a hero doesn’t mean to impress your lady love by spreading your arms apart or going down on your knees with a rose placed between your teeth, even a romantic foreign location dreamy song sequence won’t really help in reality, allowing the feeling to mutually build with a natural connect is the real secret. 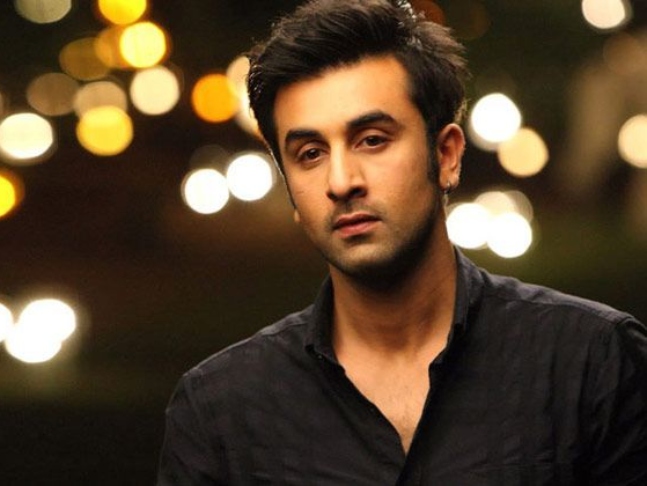 Now, shifting focus to 2015, Ranbir came back to inject some major adulting lessons with Imtiaz Ali’s Tamasha. With Tamasha, the actor taught us, no matter how much one is under workload, we must not forget to be our real selves. Sacrificing our innate personality to became someone to please the world won’t be anything good to us or even our loved ones. As Ved, who keeps his identity hidden from Deepika Padukone’s Tara in the film as a part of their trip to Corsica, Ranbir brought out major adulting conflicts out and dealt with them beautifully in the film. He also taught us that obstacles that the world throws at you, can be challenging but staying true to your roots is mandatory. Ranbir’s character in the film reflected that we all have somewhere or the other become clowns who dance to the society’s tunes and when we disobey them, we return back to being ourselves. Ved educated us and even encouraged us to be real and let those hidden dreams come out in the open. 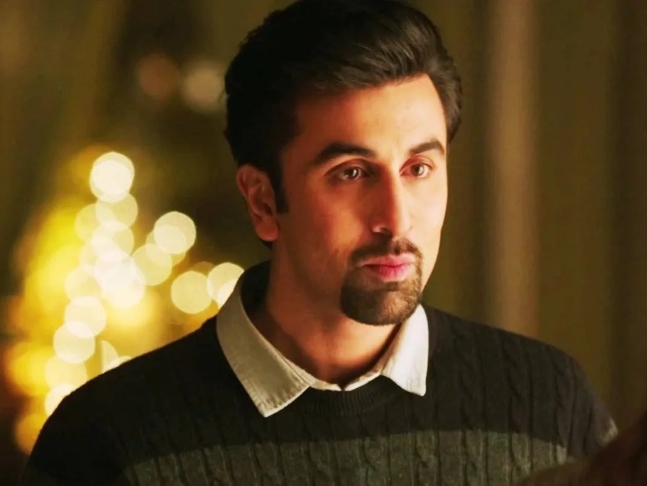 With Ranbir summing up major and important life lessons for us through his films, all we can say is he isn’t the quintessential macho man but a real-life hero. Happy Birthday, Ranbir!