Mother’s Day Special: Sharmila Tagore-Saif Ali Khan to Neetu-Ranbir Kapoor, veteran actress-moms who proved to be a role model for their superstar kids!

God couldn’t be everywhere and hence he created mothers. Mothers are the most special person in everyone’s life. They help us make our personalities and our first teachers, friends and guide. A good mother makes a whole load of difference in a child's life. She is also the first person we look up to and the first person to call when in distress because hearing your mum say, 'Everything's gonna be alright' is one of the most comforting things ever.

There are some really stupendous moms in Bollywood as well who have been exceptionally good role models for our actors and actresses. Right from Shobhana Samarth to Sridevi, there have been top-notch actress-mothers who have paved a way for their sons and daughters and helped, guided and mentored them in the big, bad world of showbiz. Here's looking at a list of actresses whose children have also taken up the same career path. Shobhna Samarth was an actress, director and producer who began her career in the early days of talkie films in Bollywood. She started in Marathi cinema and subsequently moved to Hindi films.  She is best remembered for her portrayal of Sita in Ram Rajya (1943). She later produced and directed a pair of movies that launched the careers of her daughters, Nutan and Tanuja. 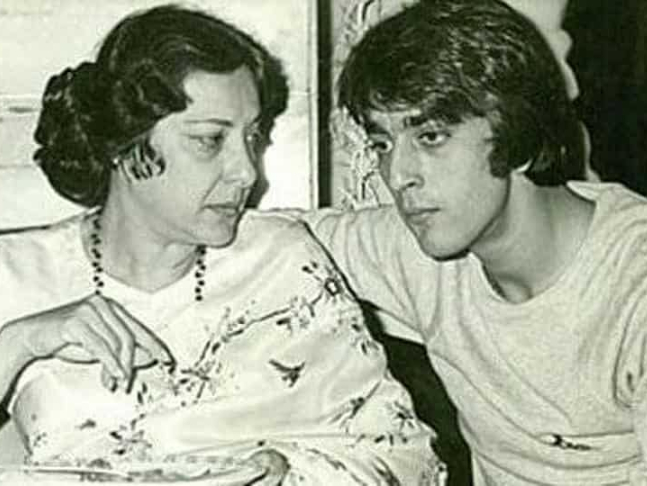 Sanjay Dutt's parents were acclaimed actors Sunil Dutt and Nargis Dutt. Nargis was one of the numero-uno heroines in her days. She gave iconic performances in films like Mother India, Raat Aur Din, Shree 420, Awaara, Barsaat, Chori Chori and others. Sanjay was left distraught when she succumbed to pancreatic cancer just before the release of his debut film Rocky. 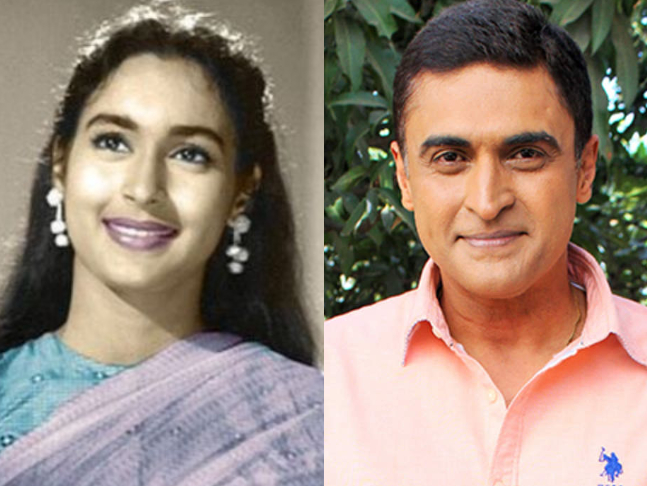 Acclaimed actress Nutan needs no introduction. In a career spanning nearly four decades, she appeared in more than 70 films. She was the first actress to win five Filmfare Awards and was a force to reckon with during her prime. Nutan holds the record of winning five Best Actress Filmfare awards. She worked in iconic films like Sujata, Bandini, Seema, Milan, Main Tulsi Tere Aangan Ki, Saudagar, Tere Ghar Ke Saamne, Anuraag and several others. Nutan's son Mohnish Bahl also followed his mother's footsteps and made his official film debut alongside Salman Khan in Sooraj Barjatya's Maine Pyar Kiya in 1989. He has been a successful actor in both films and television. 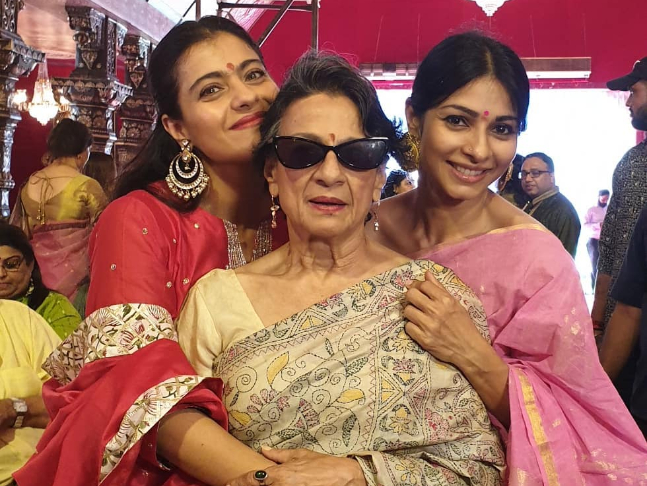 Veteran actress Tanuja is the daughter of Shobhna Samarth and mother to Kajol and Tanishaa Mukerji. Although she did not have as illustrious a career as her elder sister Nutan, nevertheless, her elder daughter Kajol is known as one of the finest actors the country has ever produced. Alongside her aunt Nutan, Kajol holds the record of winning five Best Actress Filmfare awards. Her younger sister Tanishaa Mukerji is also an actress. 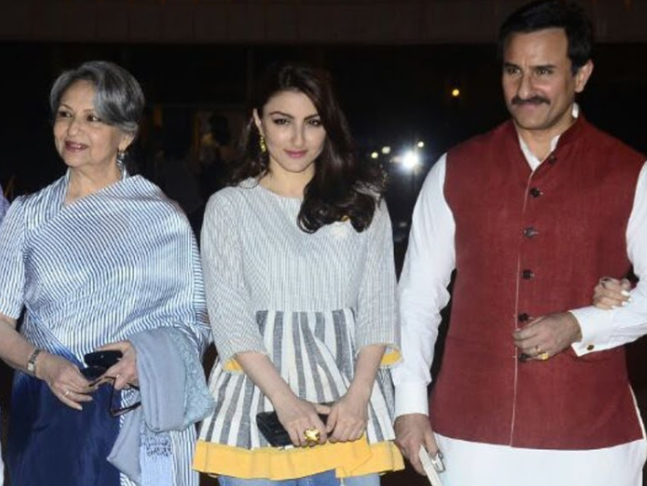 Don't think that only daughters followed their actress moms career path, because we have Saif Ali Khan as well who instead of taking up cricket as a profession after his father Mansur Ali Khan Pataudi chose to follow his mother Sharmila Tagore's profession. Sharmila is a veteran actress who has won two National Film Awards and two Filmfare Awards. Her children Saif and Soha Ali Khan took up acting as well after her. Probably one of the most popular celeb moms Babita was also an actress of much repute. She teamed up in several romantic comedies opposite Shashi Kapoor and her husband Randhir Kapoor. She mentored her daughters Karisma Kapoor and Kareena Kapoor when they made their Bollywood debuts and have been a pillar of rock for them. 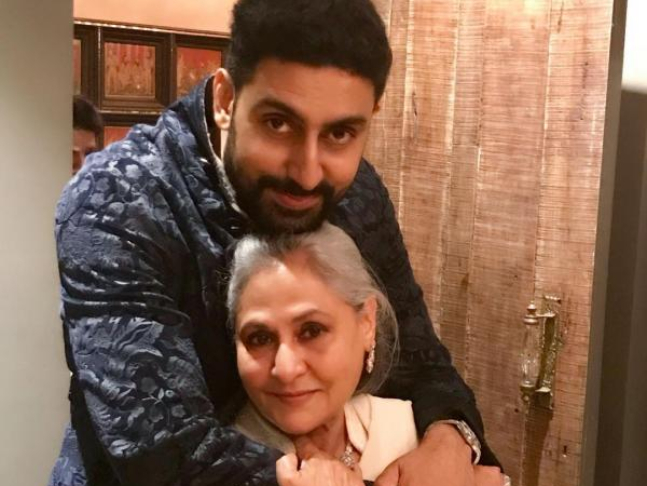 Jaya Bachchan ruled Bollywood with her simple sari-clad looks, impeccable performance and shy demeanour. She gave a tough competition to all the heroines of her time who were donning western outfits as well as the heroes with her impeccable performance in one-film-after another. However, she bid everything adieu when she tied the knot with Amitabh Bachchan and gave birth to daughter Shweta Bachchan Nanda and Abhishek Bachchan. Nevertheless, she made a rocking comeback in films and starred in Fiza, Kabhi Khushi Kabhie Gham, Kal Ho Na Ho and others. 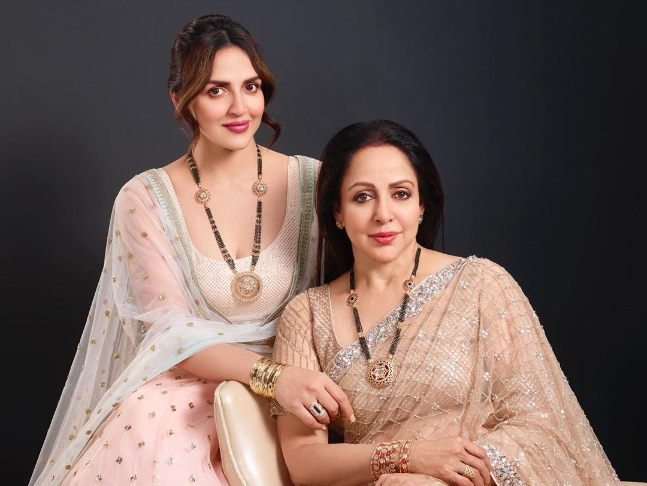 Dreamgirl Hema Malini is one of the most revered actresses of Bollywood. She ruled the tinseltown with her professionalism, acting prowess, impeccable dance moves and pristine beauty. She has also successfully ventured into direction and production and introduced Shah Rukh Khan in her directorial Dil Aashna Hai. Mother to two daughters, her elder daughter Esha Deol followed her footsteps and made her debut in the film Koi Mere Dil Se Pooche which earned her the Best Female Debut Filmfare Award. However, Esha did not have a very successful Bollywood career, and after her marriage made her comeback in a short film and has announced her book Amma Mia! on parenting this year. 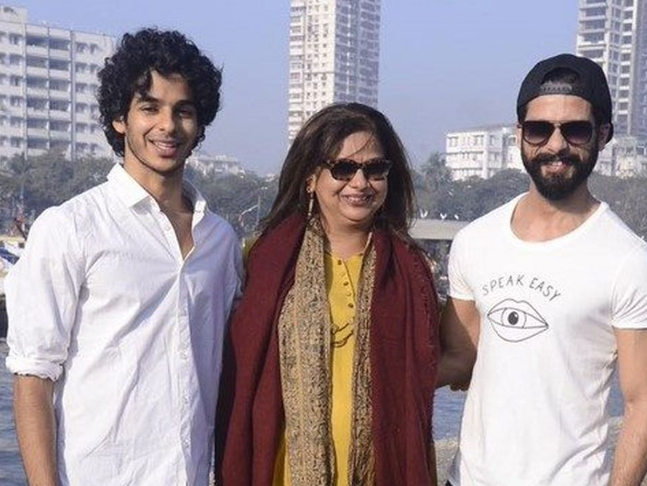 Shahid Kapoor and Ishaan Khatter might be film stars with millions of fan following but their mother Neelima Azeem is no small fry herself. She is a veteran film and television actress and a trained classical dancer under the tutelage of Birju Maharaj and Munna Shukla. No wonder, Shahid and Ishaan both are exceptional dancers and can burn any dance floor with their impeccable moves. 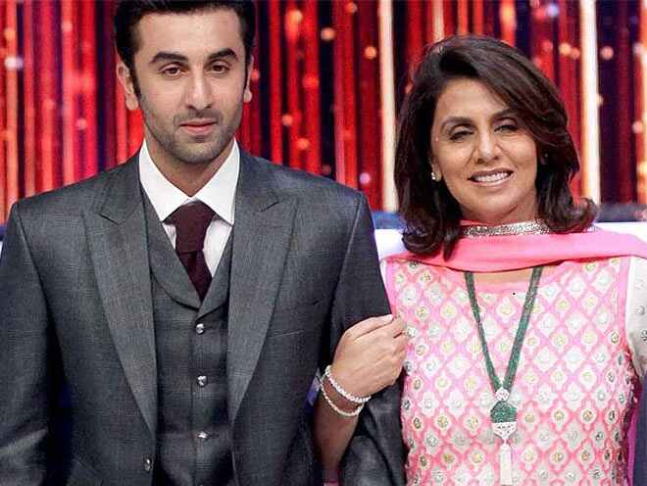 Ranbir Kapoor is the scion of India's first film family the Kapoors. Ranbir comes from a line of distinguished theatre and cinema actors including great-grandfather and family patriarch Prithviraj Kapoor, grandfather Raj Kapoor and father Rishi Kapoor. However, his mother Neetu Kapoor is a distinguished veteran actress herself. Making her Hindi film debut at the tender age of 5, Neetu is one of the few child artists who went on to successfully become a leading heroine. After working continuously for 15 years she called it quits when she tied the knot with Rishi Kapoor. However, she made her comeback in 2009's Love Aaj Kal and has intermittently starred in several films over the years. 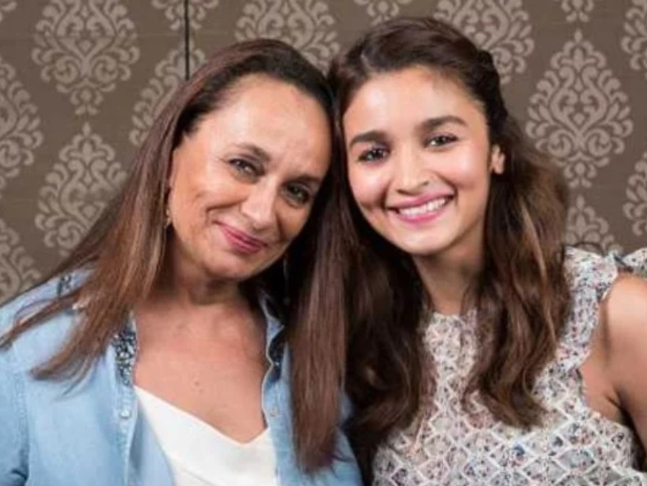 Alia Bhatt might be the favourite actress of today's generation but she gets her impeccable acting skills from her mother Soni Razdan. Soni is a veteran of theatre, films and television serials. Her TV Serial Buniyaad made a comeback on Doordarshan during the Coronavirus Lockdown. She shared screen space with Alia in Meghna Gulzar's Raazi. 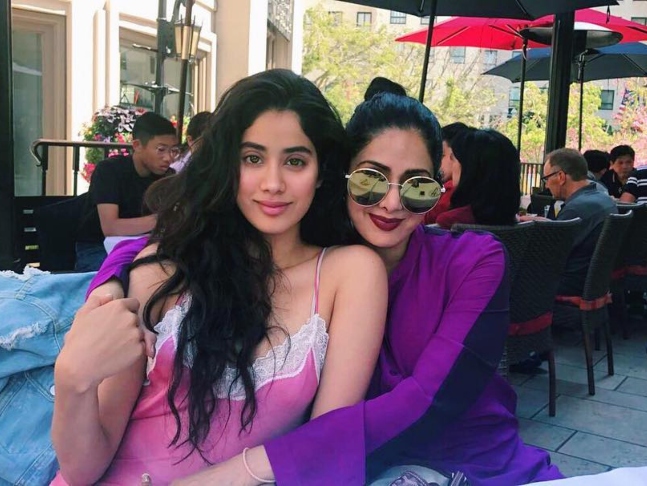 Acclaimed actress Sridevi was Bollywood's first bonafide female superstar. She ruled the roost and gave a tough competition to all the leading heroes of her time. She was a saleable and bankable star and commanded much clout at the box office too. Her elder daughter Janhvi Kapoor made her debut in 2018 opposite Ishaan Khatter in Dhadak which was well received by the audience. Janhvi has become one of the big new-age actresses of Bollywood. 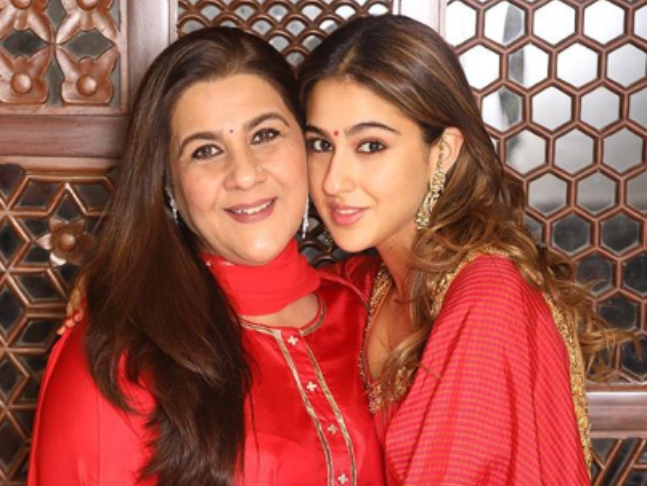 The younger generation might be gaga over Sara Ali Khan's spunk, spontaneity and sense of humour on social media. However, her acting prowess, flawless looks and vivaciousness is courtesy of her mother Amrita Singh. Amrita is a powerhouse of talent who has worked with actors like Amitabh Bachchan, Sunny Deol, Anil Kapoor, Sanjay Dutt, Shah Rukh Khan and others. She was never just the showpiece heroine of any film and commandeered enough respect and responsibility to ensure the film rides on her name as well. Even when she made a comeback in films, she managed to steal the show with her mommy portrayals in films like Shootout at Lokhandwala, 2 States and others.

Happy Mother's Day to all these superwomen who have been great role models for their children and managed a great work-life balance as well.