A father is an integral part of a child’s life. He is instrumental in making the personality and confidence of the child. He is rightly called the first hero of one’s life as he plays the role of a mentor, a friend and a guardian to his children all his life while ensuring to keep them safe and happy. The third Sunday of June marks Father’s Day, a day dedicated to all the amazing, hard working and inspiring dads who protect us and watch over us.

As the world is showering tributes and homage to their ‘old man’ today, here are some of the best and inspirational onscreen fathers who went out of their way for their children. From Ashok Kumar to Utpal Dutt to Amitabh Bachchan to Shah Rukh Khan here’s a list of Bollywood fathers who need to be celebrated. 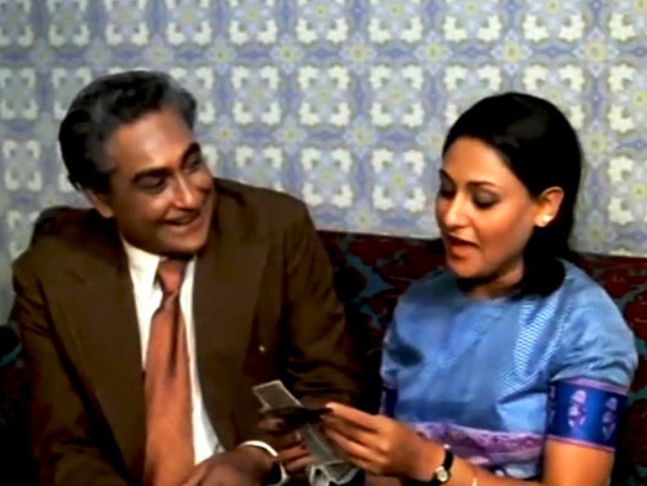 Veteran actor Ashok Kumar played the role of Jaya Bachchan’s harried and helpless father in Hrishikesh Mukerjee’s film Mili. Playing father to an ailing Jaya, Ashok Kumar stole the limelight. He did not shed tears at the fate that he knows he will have to face eventually, nor did he curb the playful nature of his daughter whom he knew had limited time. Getting her married to the love of her life knowing full well that she might succumb to her fate any moment was a mark of strength that the actor displayed. Utpal Dutt played the grouchy, eccentric father to Bindiya Goswami in Hrishikesh Mukherjee’s iconic film Golmaal. The veteran actor is shown having his own set of principles and idiosyncrasies that wreak havoc in his daughter’s love life. However, he turns out to be a softie at the end of the film and manages to understand the silliness of his long-held principles. Paired with Amol Palekar’s antics, the film is a gem and an all-time classic. Anupam Kher holds a unique distinction in playing an old father in his debut film when he was only 28 years old. He played the role of a father in Saaransh wherein he has to come to terms with the loss of his young son. Anupam won the Filmfare Award for Best Actor for his role in Saaransh. Anupam Kher has played a father in numerous films, however, essaying the role of a wayward Shah Rukh Khan in Aditya Chopra’s directorial debut Dilwale Dulhaniya Le Jayenge will remain one of his most stellar acts. In his introductory scene, we get to see what a cool dad he is when he is seen celebrating his son’s failure at securing a college degree. Nevertheless, he ensures his son that failure is immaterial but at the same time drills into him the need to take the right path and shun the wrong. 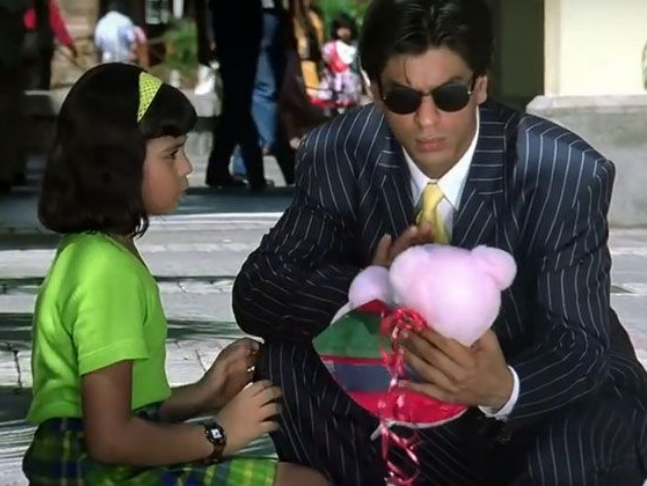 Karan Johar’s directorial debut starring Shah Rukh Khan, Kajol and Rani Mukerji was a romantic film. However, it also depicted a father-daughter bond at its core. Shah Rukh played an onscreen father for the first time and captured everyone’s hearts with his affable, hilarious and cool dad persona. Playing a single parent, he steals the show right from the word go in KKHH. 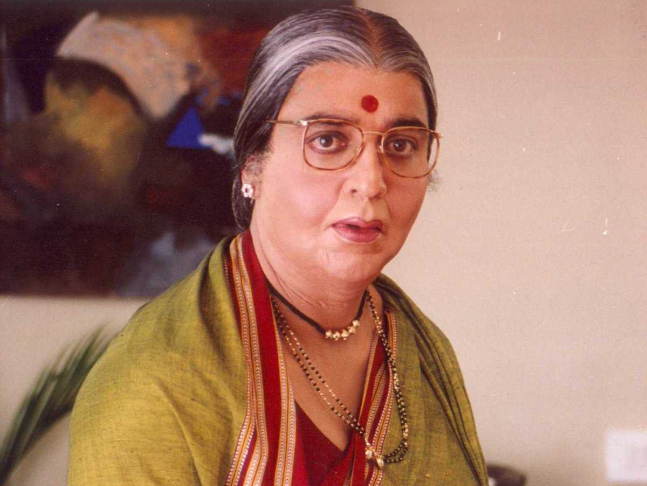 Kamal Haasan's Chachi 420 showcases the extreme love the father has for his daughter, so much so, that he even takes up the drastic step of dressing up like a woman just to be with her. Inspired by Robin Williams' Mrs Doubtfire, Haasan manages to completely own the film. Amitabh Bachchan played an eccentric, yet liberal-minded father to Deepika Padukone in Shoojit Sircar's directorial Piku. Amitabh is a hypochondriac in the film who is obsessed with his bowel movements. However, he is also somebody who holds his daughter in high esteem and believes that women should be independent and financially secure and not look for marriage alliances to lead a sheltered life. His banter with Deepika and Irrfan is the highlight of the film. 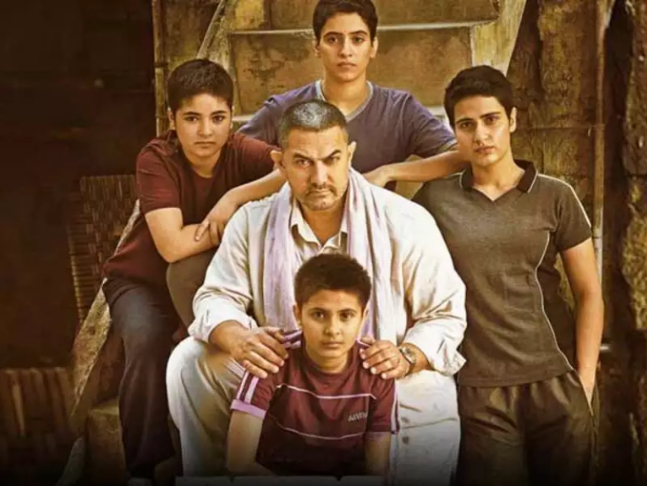 'Hamari chori choron se kam he ke' is a dialogue that will go down in the history of popular culture. Aamir plays the role of Mahavir Singh Phogat, a retired wrestler who harbours the ambition of securing a gold medal for the country through his daughters. Facing the ridicule as well as ostracism from his community he still builds his daughters' careers in the film. The film is a biopic on Mahavir and his daughters champion wrestlers Geeta Phogat and Babita Phogat. Directed by Nitesh Tiwari, Dangal truly inspires with its attitude and determination that girls can do whatever they want if only they are motivated and given a chance.

Amitabh Bachchan-102 Not Out 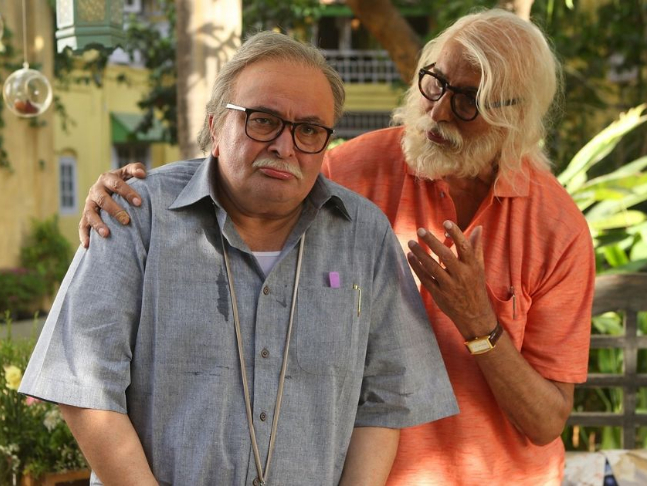 Big B returns in his fatherly role to Rishi Kapoor in 102 Not Out. The film sees him essay the role of a 102-year-old man who enjoys life to the fullest and is always playful and jovial in stark contrast to his 75-year-old son (Rishi Kapoor) who feels he is too old to enjoy life. Amitabh's character wants to break the record of the oldest man alive and through his zest for life he ensures to give a new lease of life to his dejected and desolate son. 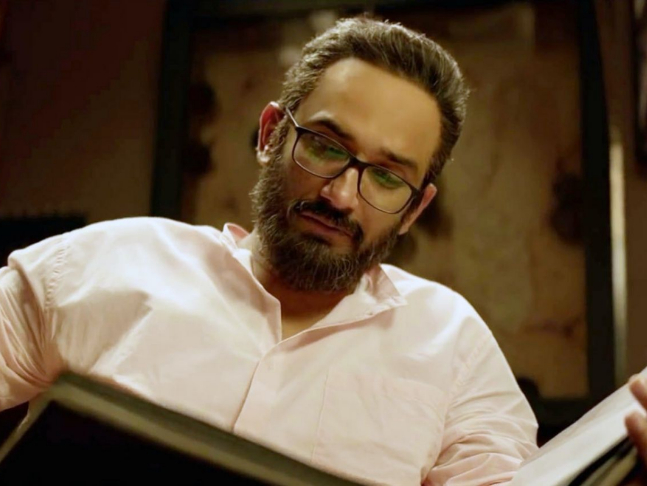 Sushant Singh Rajput plays a doting father in his last film Chhichhore, where he gives his son the sage advice that suicide is not the solution to any problem. He tries hard to instill the love of life in his son who receives grave injuries after he tries to kill himself. Sushant's portrayal in the film comes across as sincere and lucid and his endearing character wins over the audience in no time. 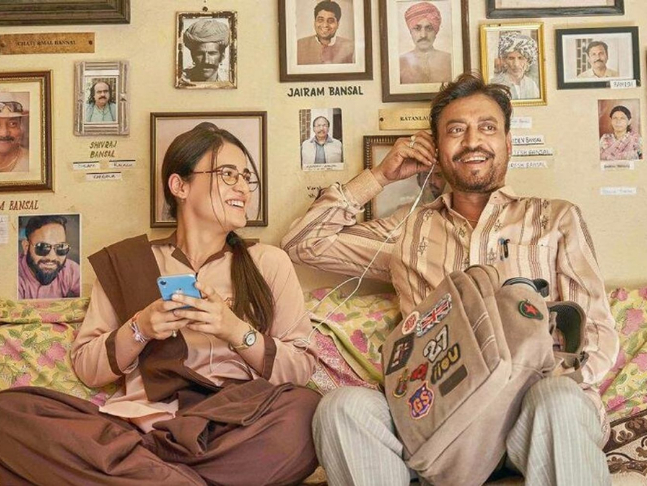 Irrfan played Dad to Radhika Madan's character in his last film Angrezi Medium. He plays the role of a dedicated and amazing single parent who is hellbent on seeing his daughter realize her dream of studying in London even though he has a steep task of arranging money for the exorbitant fees.