She is just three films old and already has a fan following that will make your jaws drop. She is none other than the cute, unfiltered and absolutely candid daughter of Bhavana and Chunky Panday, Ananya Panday. Ananya, who was rather unknown to the world, became the talk of the town after she marked her presence at the Le Bal des débutantes event in Paris in 2017. At the age of 21, Ananya impressed the fashion police as well as the young cinema audience.

Known to be a promising actress on-screen, Ananya has time and again proven that she is just a young girl next door who can be quirky and unfiltered in one breath and cute in the very next. Be it talking about her parents, flaws or her leading men, Ananya knows how to add freshness and fun to her statements every time. This clearly makes her a favourite with her junior fans.

Today, as Ananya celebrates her 22nd birthday, let’s take a look at some of her unfiltered, unabashed and fun statements that classify her as the Gen-Z queen of quirks. 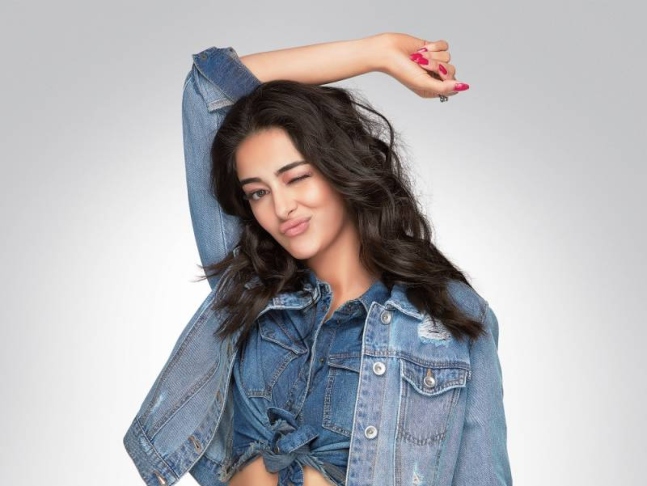 Ananya made her Koffee With Karan debut in its 6th season with her Student Of The Year 2 co-stars Tara Sutaria and Tiger Shroff. Taking all by surprise, Ananya’s opening statement had her admit that a certain section of the audience doesn’t agree with the fact that she deserves to be on the show. Saying that she hasn’t done anything to be on the show, Ananya had us all gush over her honesty.

In an interview, Ananya spoke about her co-stars Tiger Shroff (Student Of The Year 2) and Ishaan Khatter (Khaali Peeli). Calling Ishaan a ‘ball of energy’, Ananya told, “Whenever he comes on set, it feels like a storm has blown in. If people think that I talk a lot, Ishaan is 10 times worse." 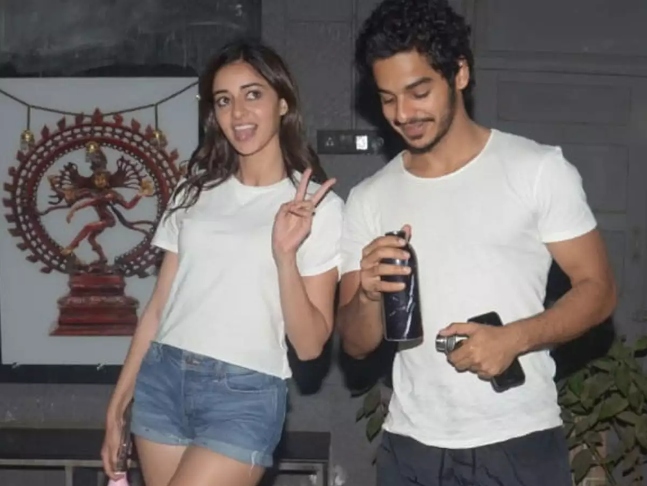 Calling SOTY 2 ‘interesting and challenging’, Ananya added, “I didn't do any night shoots while working on Student Of The Year 2 because Tiger sleeps by 10 pm.”

Talking about Tara Sutaria (Student Of The Year 2), Ananya, on Koffee With Karan admitted that she used to take vocabulary lessons from her. She further said Tara would take the initiative to correct her every now and then.

Family is the word!

Ananya never shies away from showcasing her cool rapport with her actor father Chunky and her gorgeous mother Bhavana. Narrating a tale of the time when SOTY 2 got delayed, Ananya shared, “When SOTY 2 got delayed by a year, my dad actually didn’t even congratulate me till the film released because that’s how fickle the industry is. That’s how dispensable people are. Anything can happen, it can get shelved, it can release after years and he knows that. Mine has been a lot of personal experience, I have seen my dad go through so many things that I don’t take anything too seriously. I overcompensate sometimes. I am so scared that people may say that ‘oh you are taking things too lightly’ so I will come extra early to places. I am so happy that I have this chance.”

Sharing a picture with Chunky from the sets of Farah Khan’s chat show Back Benchers, Ananya addressed her father as Tony Stark and Netizens couldn’t keep calm.

Posing with Tony Stark and the hottest principal EVER!!! Thank you for having us @farahkhankunder #BackBenchers

Stating that she will forever be her father’s muse, Ananya gushed, “Dad is really fond of clicking my pictures and my social media is filled with my childhood videos. My younger sister Rysa is also very creative. And I was ever ready to be their muse.” Talking about celebrating Diwali with her cousins and family in her childhood, Ananya said, “Enjoying phuljharis is the first thing that I can think of from my childhood Diwali days. I was, and still am very scared of fire. One thing that I remember is that my cousin, Ahaan, and his friends would really scare me. I remember, they would egg me on to light a rocket, and also come with me, but right before I would light it up, they would leave me alone and run away.”

Honesty is the key!

Switching off from cute mode, Ananya pretty well knows how to switch to a brutally honest mode in a jiffy. On The Kapil Sharma Show, the young actress went on to hilariously reveal that parties hosted by her father Chunky are majorly sponsored, including her birthday bashes. 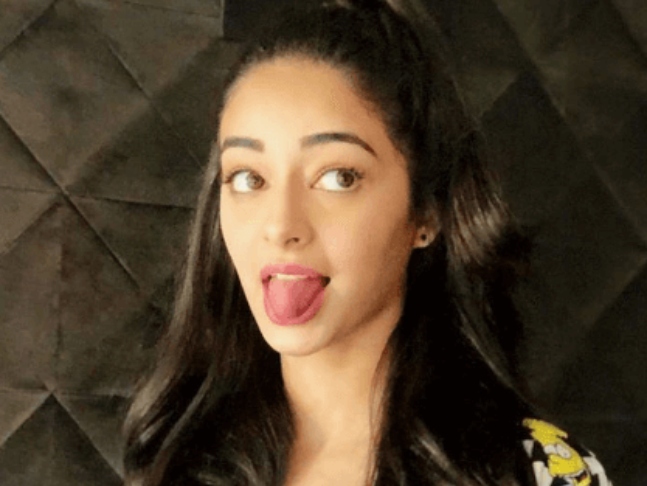 Making all burst out into laughter, Ananya revealed, “I remember we used to go to Disneyland and several other places where he lied about my age and bought a half-ticket.”