The Coronavirus pandemic has hit life hard and it makes for a sore wound if you have a festival that boasts of revelry, social gathering and lots of music, masti and dhamaal. Holi was one of the biggest festivals that were celebrated with much pomp and fervor by our Bollywood celebs as they all let their hair down and joined in the fun of playing with colours and dousing each other.

However, this time round there are no Bollywood Holi parties to look forward to. Nevertheless, that gives us just the right excuse to dig into the archives and bring you some old and precious pictures and videos of our favourite celebs playing Holi with fun, frolic and fervor. 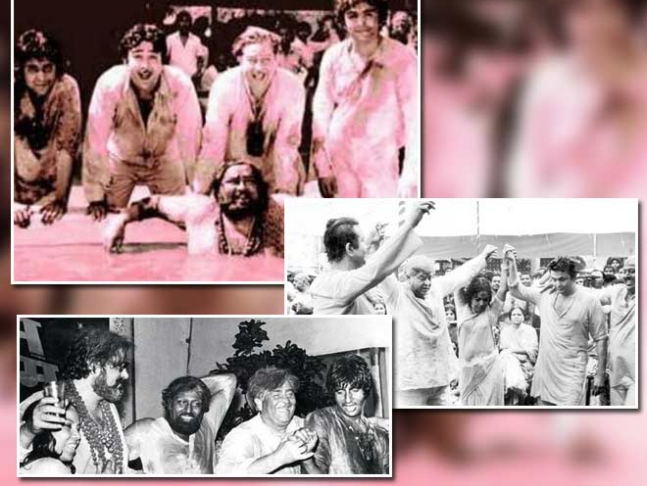 The Kapoor Family with Raj Kapoor at the helm boasted of revelry seldom matched. Late filmmaker Raj Kapoor and his brothers-Shammi and Shashi-would have the time of their lives at the RK Studios every year on Holi. Veteran actors such as Amitabh Bachchan, Nargis, Rajendra Kumar, Prem Nath, Nirupa Roy, Shatrughan Sinha and more would join the party. 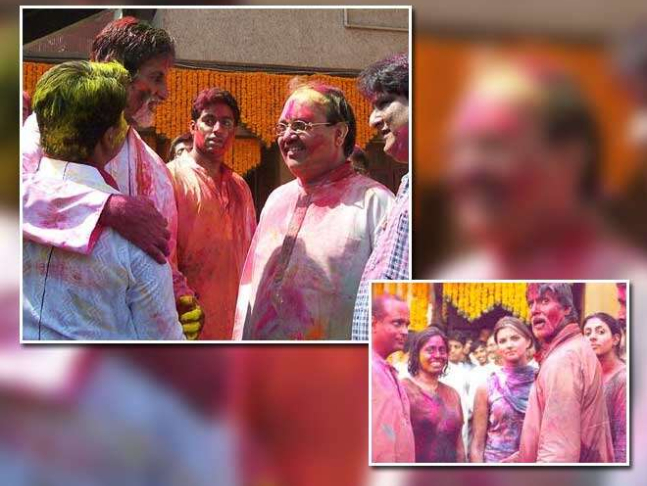 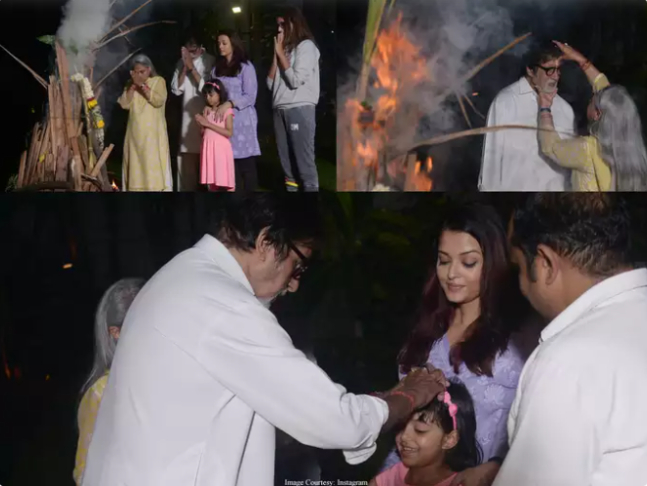 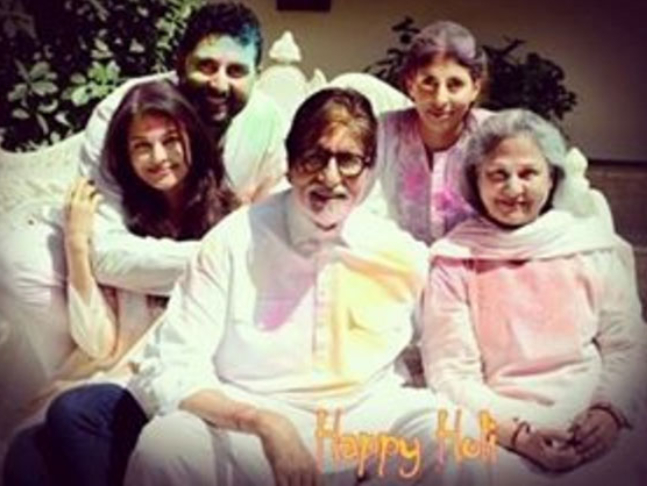 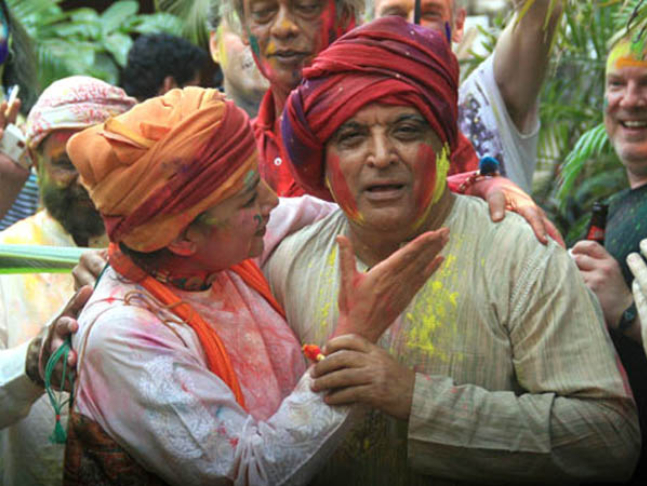 Shah Rukh Khan and Gauri Khan used to throw fun Holi parties for their friends and colleagues at their residence Mannat in Bandra. They used to offer bhang but later on switched to welcoming their guests with garlands of mogra and cut down on the water usage. 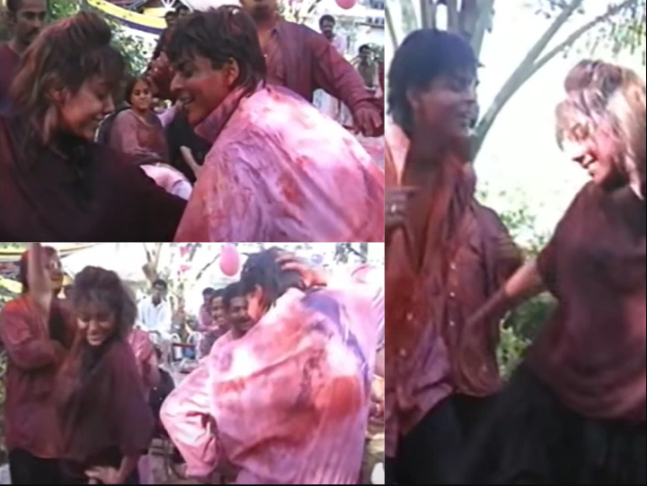 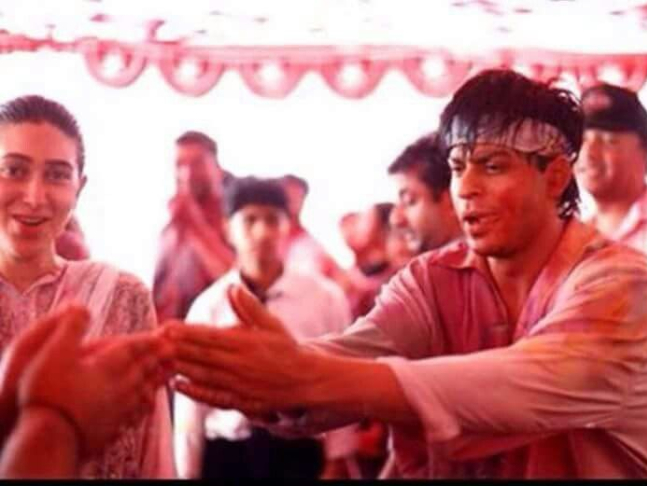 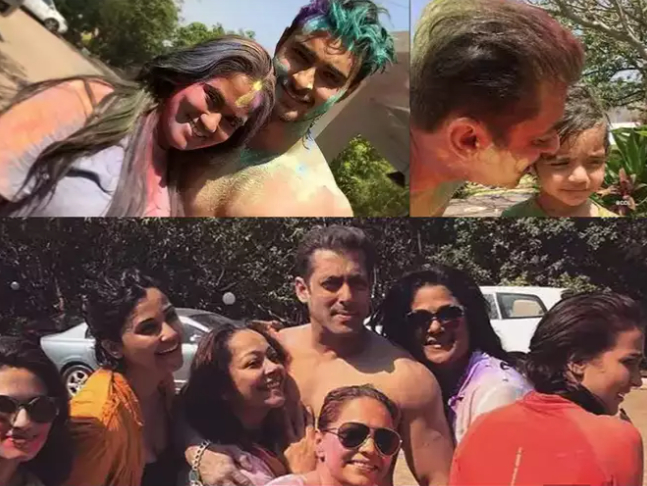 Salman Khan had a rather grand Holi celebration in 2015. This celebration also marked the first ever Holi of Salman’s sister Arpita Khan and Aayush Sharma. Arpita had shared several clicks from their celebration which included a shirtless Salman being surrounded by ladies. The actor was also snapped playing with Sohail Khan's son Yohaan. 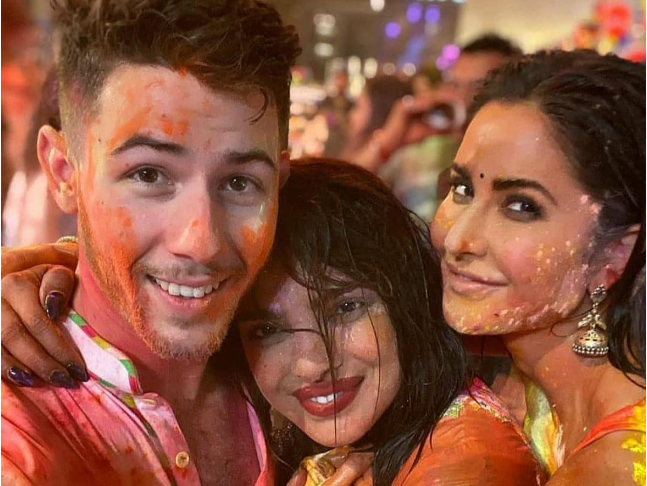 Ambani’s Holi party hosted by Nita Ambani’s and Mukesh Ambani's daughter and son-in-law, Isha Ambani and Anand Piramal was the talk-of-the-town as it was attended by Priyanka Chopra Jonas and her American singer-actor husband Nick Jonas. The party was also remembered as a video of Vicky Kaushal tucking rumoured girlfriend Katrina Kaif’s hair behine her ear had gone viral. The party was attended by Rajkummar Rao, Patralekhaa, Jacqueline Fernandez, Huma Qureshi and others. 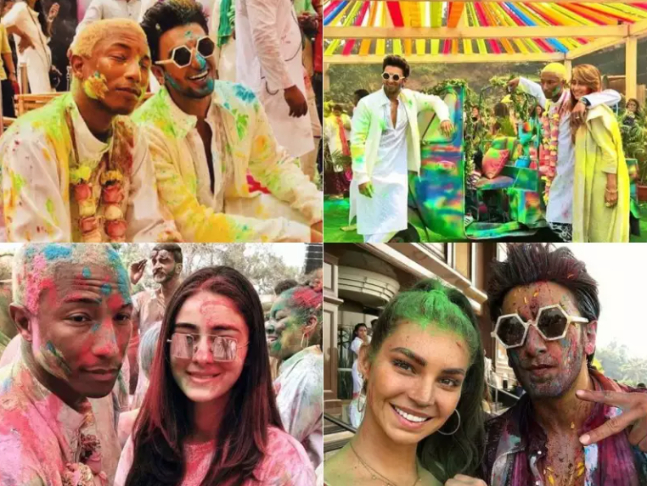 In 2018, Ranveer Singh had hosted a grand, bright and colourful Holi party for international singer Pharrell Williams who had come to India. The party was attended by VJ Anusha, Masterchef Australia alumna Sara Todd, Mini Mathur and Ananya Panday and others. Ranveer managed to make Pharell’s Holi experience a memorable one. 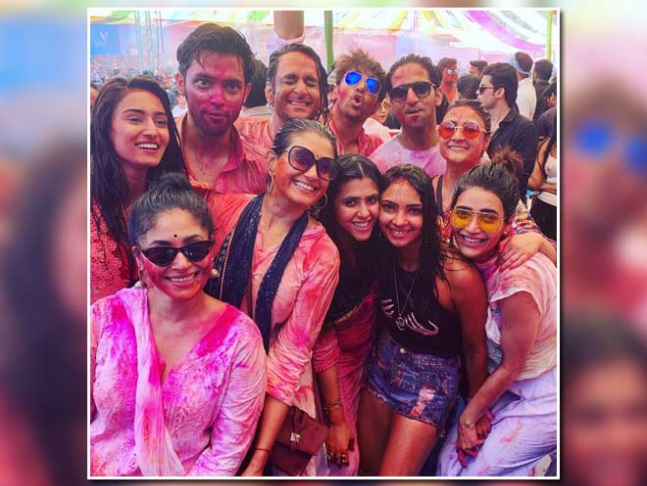 Ekta Kapoor soon followed the filmy tradition and now throws some crazy parties with most of the TV world in attendance as well as Bollywood. The lavish bashes have all the top actors and actresses who dance to the tunes of an in-house DJ and there is lots of colours and fun. 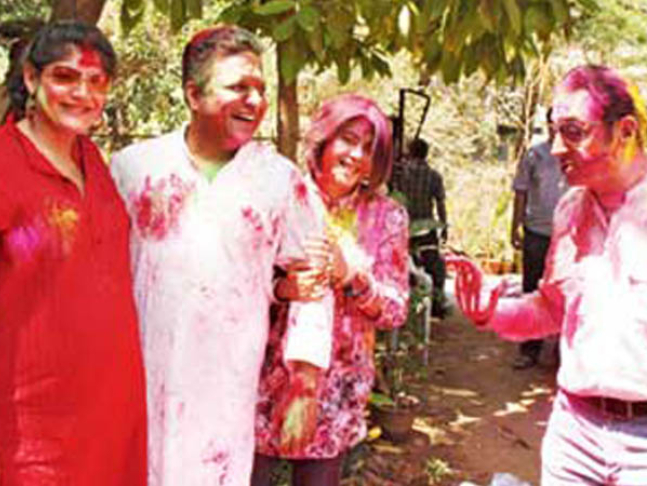