With the passing of legendary actor Dilip Kumar today, an era of Indian cinema has come to a close. The actor was 98 years old and had worked in several blockbuster hits in a career spanning almost six decades. Known as the Tragedy King and The First Khan, Dilip Saab was born as Mohammed Yusuf Khan in an Awan family to Lala Ghulam Sarwar Khan and his wife Ayesha Begum of Peshawar (now in Pakistan).

So as the mortal world bids a tearful adieu to the thespian, here’s a look at some of the lesser known facts about the screen idol.

Screen name given by another cinema icon 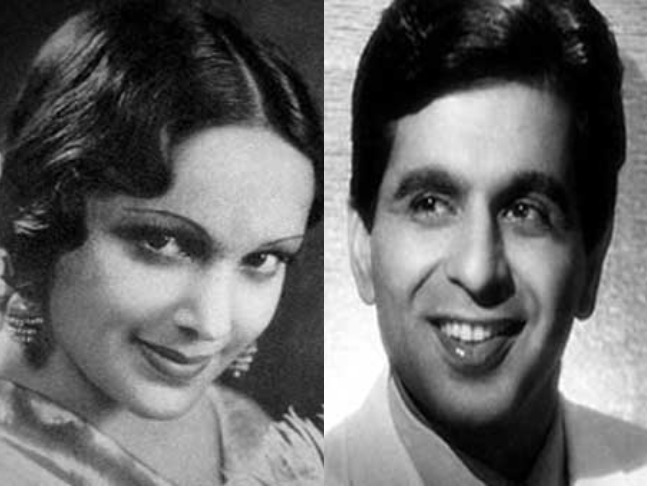 Dilip Kumar’s real name was Mohammad Yusuf Khan but when given his screen name of Dilip Kumar by Devika Rani who launched him in his debut film Jwar Bhata. In his autobiography, Dilip Kumar: The Substance and the Shadow, the veteran actor revealed why he changed his name from Muhammad Yusuf Khan to Dilip Kumar. He wrote, "She (Devika Rani) said, quite matter-of-factly, ‘Yousuf, I was thinking about your launch soon as an actor and I felt it would not be a bad idea if you adopted a screen name. You know, a name you would be known by and which will be very appropriate for your audience to relate to and one that will be in tune with the romantic image you are bound to acquire through your screen presence. I thought Dilip Kumar was a nice name. It just popped up in my mind when I was thinking about a suitable name for you. How does it sound to you?"

RECOMMENDED READ: A tumultuous affair with Madhubala to linkup rumours with Vyjayanthimala, Dilip Kumar’s leading ladies and their romantic sagas…

Fear of thrashing from his father 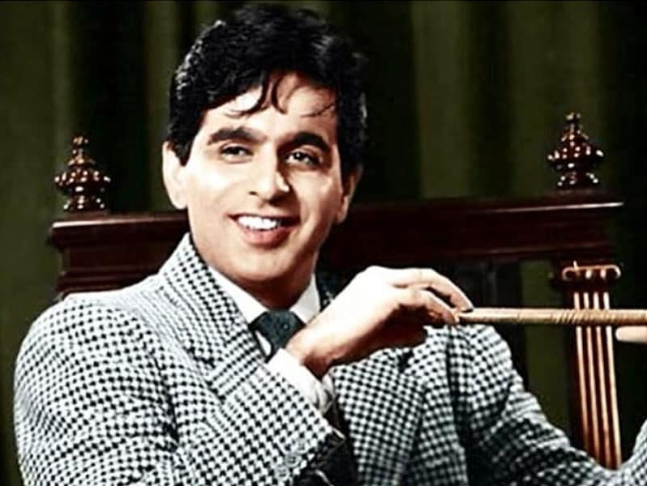 Dilip Saab’s name change was not only influenced by Devika Rani but also because of his fear of his father. In an interview with Mahendra Kaul in 1970, Dilip Kumar had said the real reason he changed his name was the 'pitayi ka darr' (fear of thrashing) from his father. The late actor had said that his father never liked his acting career and called it ‘nautanki’. Interestingly, his father never appreciated his friend Dewan Basheshwarnath Kapoor's grandson Raj Kapoor doing films either. Dilip Kumar and Raj Kapoor were neighbours in Peshawar and had known each other before storming the Hindi film industry. Their ancestral havelis in the Pakistani city will be turned into museums now. 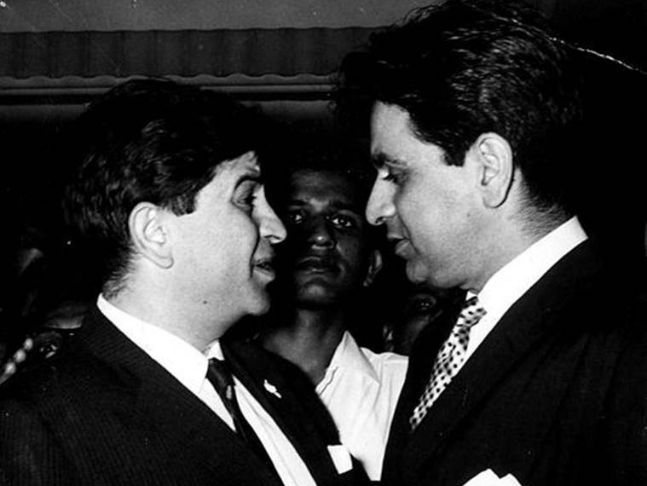 Reportedly, it was Raj Kapoor who had suggested that Dilip Kumar take up acting. The two actors had lived close to each other and went to the same college (Khalsa College) and it was then that Raj Kapoor had told him, “You can be a star.” Mind you, Kapoor himself was not a filmmaker at that time but apparently he saw what Devika Rani noticed in Dilip Saab. They later worked together in Andaz that had Nargis as the female lead.

He worked as a script writer at Bombay Talkies 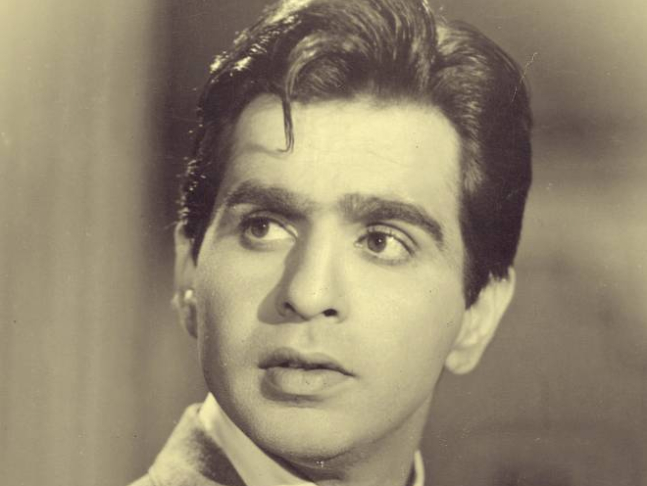 Dilip Kumar was initially hired as a script writer at Bombay Talkies (owned by Devika Rani) for his proficiency in Urdu in 1942. He was hired at Rs 1, 250 per month. However, he was destined to not only write lines but to utter them in front of the screen.

Dilip Kumar’s soft voice was not an act 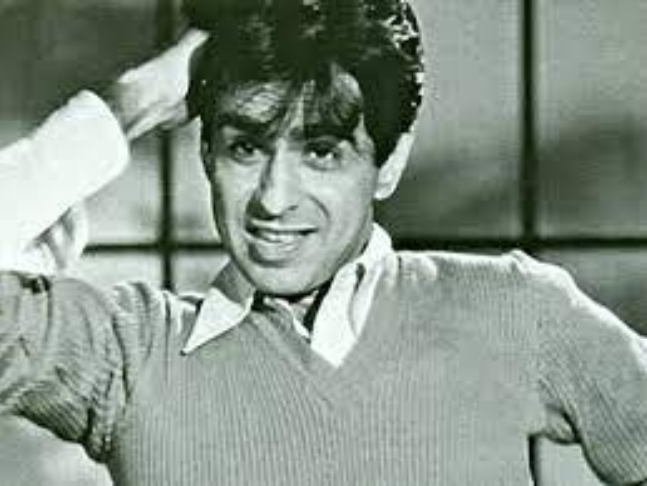 One of the signature style of Dilip Kumar’s acting was his gentle voice and an understated manner in which he delivered his lines. Contrary to popular notion, it was not a style adapted by him for the camera but he was actually very soft-spoke in real life as well. He had credited his parents for this, pointing out that his mother was very gentle and his father never raised his voice even when he was angry.

Although Dilip Kumar’s acting skills dominated his career, he was known to sing pretty well too. However, he sang only once on screen in Musafir (1957), singing the song Lagi nahin chhote rama kahe jiya jai. 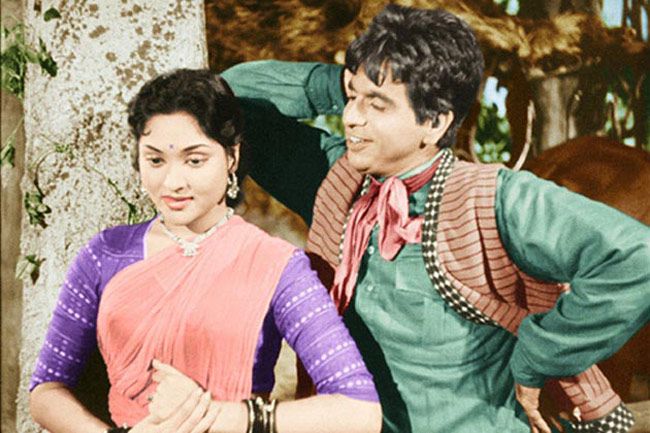 Dilip Kumar dabbled his hand at scriptwriting as well and had penned the story of Gunga Jumna which was a massive hit at the box office. He even ghost directed the film.

An excellent hand at selling sandwiches

Reportedly an argument between his father and Dilip Kumar saw the latter going away to Pune. He set up a sandwich stall there are did exceptionally good business, saving up a princely sum of Rs 5,000 before heading back home.

A jack-of-all-trades when it came to housekeeping 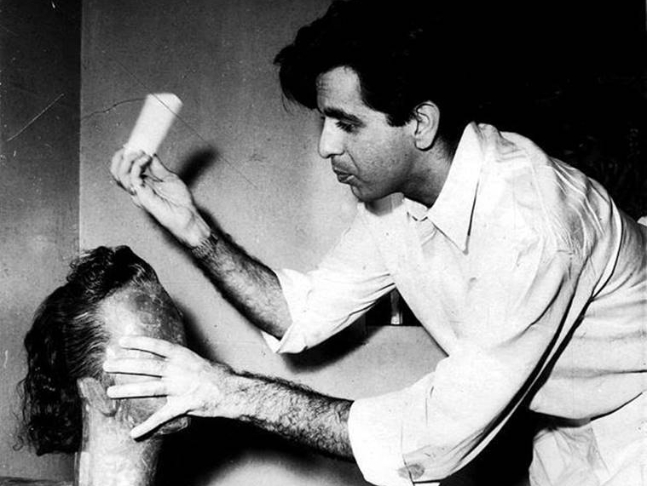 The thespian had a knack for fixing things at home. He reportedly repaired a refrigerator rack with a clothes hangar to obsessively cleaning his shoe rack, Dilip Kumar was a busybody at his house and extended his meticulous attention to detail to housekeeping. 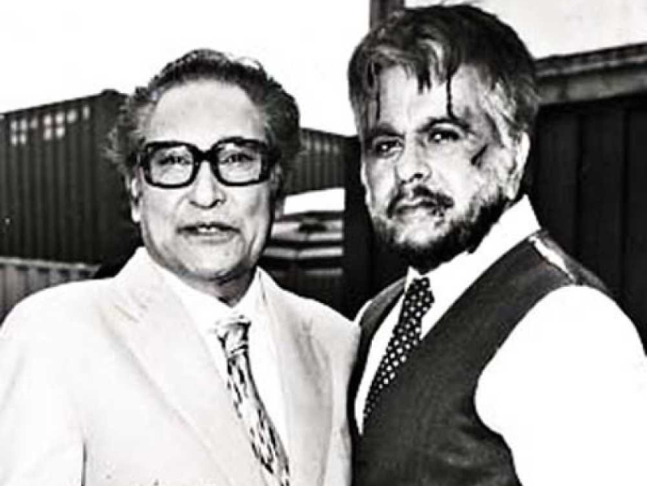 Dilip Kumar’s tenure at Bombay Talkies saw him being inspired by Ashok Kumar. He used to watch Ashok Kumar diligently and credits him with giving the advice which became his guideline for acting, “Acting is all about not acting.”

Saying no to Hollywood

Dilip Kumar never acted in a Hollywood film. He was offered the role of Sherif Ali in David Lean’s epic film Lawrence of Arabia. Kumar turned down the role, which went to Omar Sharif. 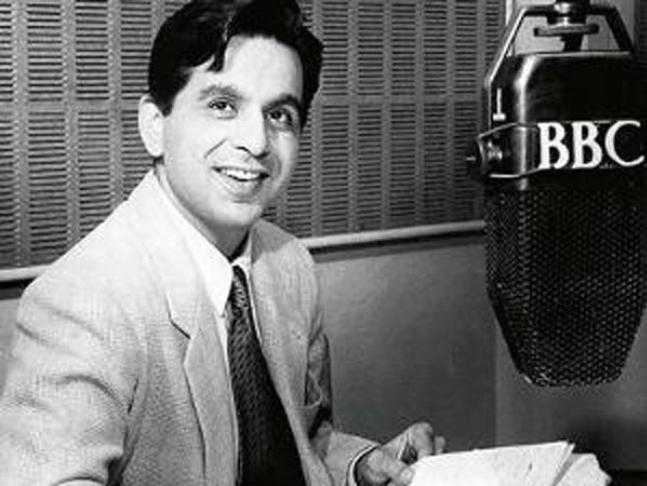 Dilip Kumar was proficient in several languages. He was fluent in Urdu, Hindi, Hindko (his first language), Punjabi, Marathi, English, Bengali, Gujarati, Pashto, Persian and the Awadhi and Bhojpuri dialects.

Avid footballer and lover of cricket 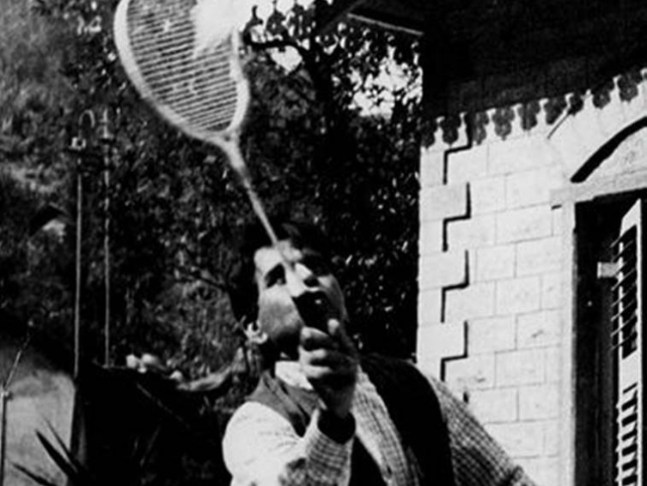 Dilip Kumar was a great sports enthusiast and wanted to pursue football professionally. However, his father wanted him to focus on chess. Their argument led to Dilip Saab pursuing a career in acting. 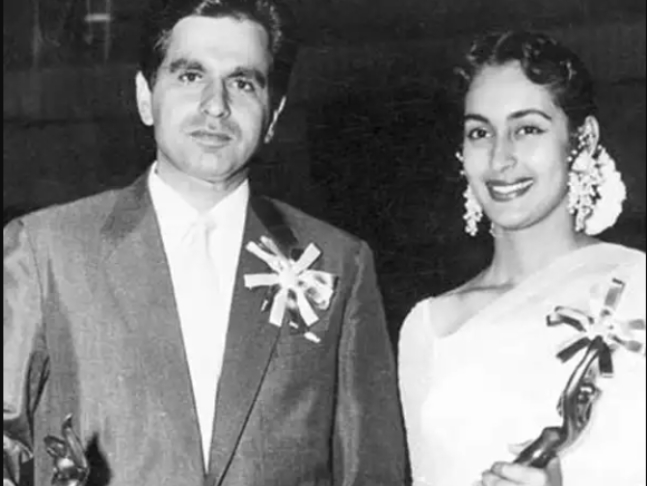 Dilip Kumar was the first recipient of the Best Actor award when it was constituted in 1954 for his film Daag. He holds the record for the most number of Best Actor Awards won and is the only one to win the award three years in a row (from 1956 to 1958 for Azaad, Devdas and Naya Daur). He was nominated in every decade in which he was actively acting – his last nomination came for Saudagar in 1992.

Dilip Kumar holds the unique distinction of being awarded the Nishan-e-Imtiaz award in 1998 by the Pakistan government. It is the highest civilian award of the nation and the actor is the only Indian who had received it. His ancestral haveli in Peshawar has been turned into a museum now by the government.

The baggage of being the ‘Tragedy King’ 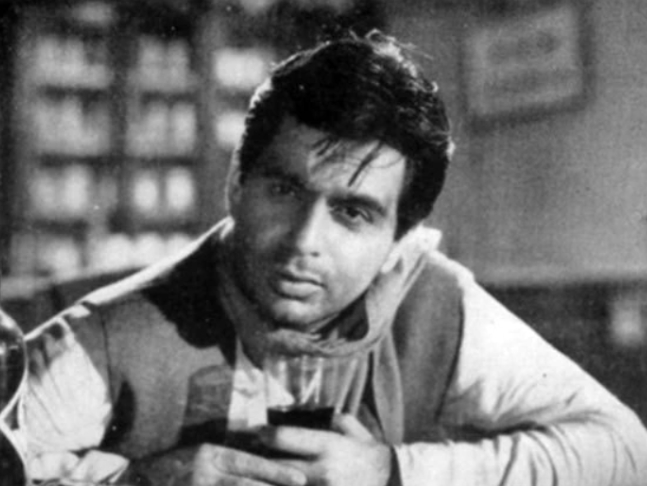 Dilip Kumar became legendary for his tragic roles in films and his performance was such that he often moved the audience to tears. However, it took a toll on his mental health as well. He had said that unlike other actors he got the tragic roles when he was quite young and that affected him mentally. He had said, “They say act like your mother has died….Doing this every year or in every film can have an impact on you.” He called acting in tragic films almost like a punishment and had to consult a psychiatrist for help. Many believed that he turned down Guru Dutt’s role in Pyaasa because of the same reason as he had just finished Devdas and the role of a love sick alcoholic man had left him depressed. 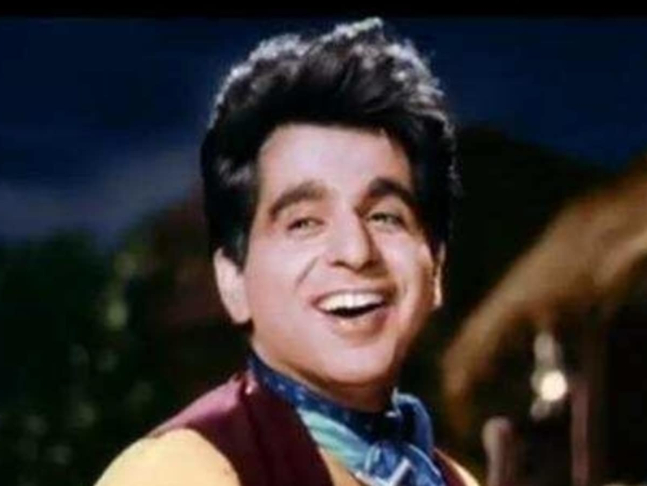 In the 1950s Dilip Kumar became the first actor to charge Rs 1 lakh per film and became the highest-paid actor of his time. In 1981 Dilip Kumar married a second time taking Hyderabad socialite Asma Rehman as his second wife. However, three years later the marriage ended and he returned to his first wife Saira Banu. Talking about it, Dilip Kumar once said, "Well, the one episode in my life that I would like to forget and which we, Saira, and I, have pushed into eternal oblivion is a grave mistake I made under pressure of getting involved with a lady named Asma Rehman whom I had met at a cricket match in Hyderabad".