Ellen DeGeneres, in a recent statement, announced that the 18th season of her popular show The Ellen DeGeneres Show is scheduled to start on September 21, 2020. The show, reportedly saw top three producers exit amid allegations of a dysfunctional workplace that encourages misbehavior including sexual misconduct and racially insensitive remarks. 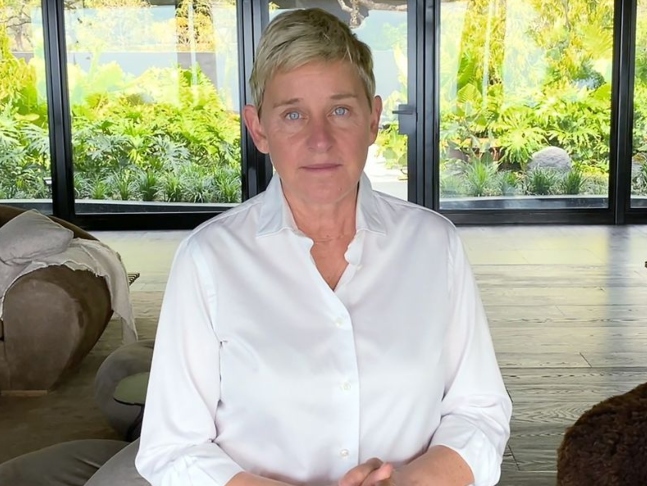 Reportedly, Tiffany Haddish will join Ellen on the stage. Due to the Coronavirus pandemic, The Ellen DeGeneres Show will be shot without an in-studio audience. As per reports of an international publication, the first-month guest list includes Kerry Washington, Alec Baldwin and Chrissy Teigen, who will be seen in the first week. Chris Rock, Amy Schumer, Adam Sandler and Orlando Bloom are said to appear later in September.

Stephen 'tWitch' Boss, who was a longtime guest DJ on the show and now a Co-Executive Producer, will reportedly guest host some fall episodes with Ellen.

Speaking of The Ellen DeGeneres Show, an internal investigation was called for by production house Telepictures and distributors Warner Bros. Television owing to allegations of the toxic work environment and other workplace problems. Ellen, amid the investigation, reacted to the claims and assured that the situation will now change.

Ma Anand Sheela opens up on Priyanka Chopra Jonas playing her in a project, feels 'I have no ability to judge someone'

Hina Khan returns to Mumbai from Srinagar for father’s last rites; a look at actress’ special moments with her dad

Breaking! Hina Khan's father passes away due to cardiac arrest

Watch: Arshi Khan taken aback after fan kisses her hand without consent at the airport

Did not do ‘Ajeeb Daastaans’ to shed the ‘glamorous girl’ image: Nushrratt Bharuccha