Just like every year, 48 and fabulous Aishwarya Rai Bachchan descended on the red carpet of the Cannes Film Festival and made a lasting impression. However, this time around, the actress became a subject of critique facing a lot of ageist trolls when she posted her close-up picture on her ‘gram feed.

And now, an article from a well-known publication took a jibe at the former Miss World and her choice to ‘not want to look her age.’ Headlined, ‘Aishwarya Rai’s Botox is not our problem,’ this article featured some shocking statements such as the actress having a ‘lack of imagination in not wanting to polish, sharpen and grace her appearance with the learnings of her long journey’ to wanting to continue ‘to twirl and wave like a young beauty queen.’ This write-up also generalized all the female celebrities and how they choose to age.

A post shared by The Voice Of Fashion (@thevofashion)

Undoubtedly, this controversial piece of write-up did not go down well with the netizens. Many called out the publication as well as the author, who also happened to be a woman, for the ‘ageist remarks’ against the actress. ‘Wow, women bringing women down,’ wrote one, “How does it matter if ARB chooses to "twirl and wave like a young beauty queen"? This statement reeks of ageism,” commented another. “Who made you the judge?! Use your voice to uplift another not pull her down just because she ain’t ‘perfect’ enough for you,” also read one of the comments. Check it out below: 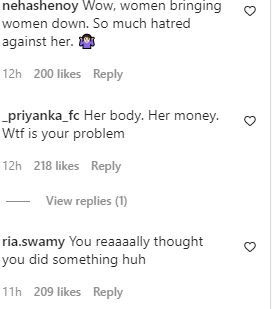 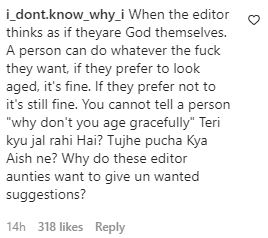 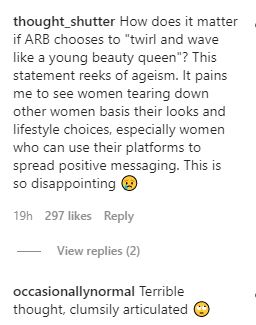 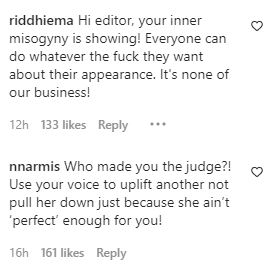 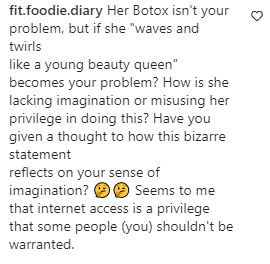 What are your thoughts on this?

Bored of the monotony, Shilpa Shetty Kundra goes on digital detox till she finds a ‘new avatar’