As the United States of America continues to fight with the pandemic and racism together, a state of unrest is being witnessed across the country. Many Hollywood celebrities as well as high-end fashion labels have broken their silence over the deep-rooted racism and are demanding change in the form of protests. 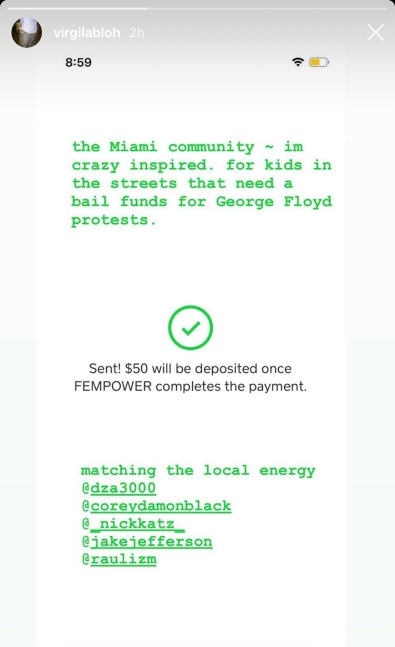 Recently, Virgil made a $50 donation to Fempower that set the internet on fire. While one user called this act embarrassing, others stated the fact that he makes double the money he donated by just selling a pair of socks. “You really outdid yourself with that $50 donation...”, commented another.

Virgil was later called out by netizens for his controversial comment regarding the damage of property done at fellow designer Sean Wotherspoon’s looted store, Round Two. "The kids that ransacked his store and RSVP DTLA, and all our stores in our scene just know, that product staring at you in your home/apartment right now is tainted and a reminder of a person I hope you aren’t. We’re a part of culture together. Is this what you want?? When you walk past him in the future please have the dignity to not look him in the eye, hang your head in shame,” he commented. 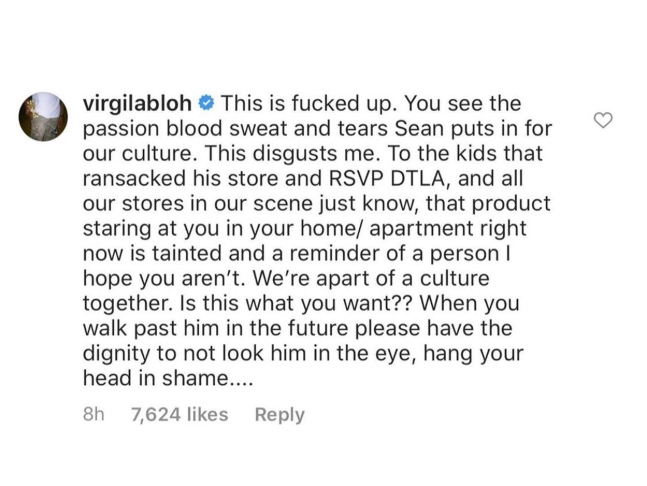 Needless to say, this comment didn’t go well with the internet tribe as well as the fashion fraternity including designers like Marc Jacobs and Michael Kors who stood in solidarity with the protests. “Property can be replaced, human lives CANNOT,” Jacobs stated.

Addressing to all this fiasco, Abloh posted his side of lengthy explanation and apologized for his comments earlier as well as cleared the air about $50 donation. “I apologize that my comments yesterday appeared as if my main concerns are anything other than full solidarity with the movements against police violence, racism, and inequality,” read an excerpt from his comment.

“I can understand your frustration if you think my contributions were limited to $50. Purely false when it comes to the total. I have donated $20,500 to bail funds and other causes related to this movement,” he continued.

Well, this didn’t go down with the Twitterati either who called him out for only having ‘white people’ in his crew.  “This is your team, while you talk about being afraid when you used to apply for jobs you not getting it cause your black. Then you get on and employ an entirely white staff,”, commented a user. “I will no longer be supporting you nor your clothing,” wrote another.

But what about your current creative teams???? How many black people occupy those positions and spaces??? Save it!

What are your thoughts on this?

Armaan Malik Birthday: 5 times the Prince of Pop proved he can nail th

Priyanka Chopra Jonas gets trolled for her Wimbledon Final outfit, netizens feel it's a 'fashion disaster' as they compare her to Kate Middleton

Taapsee Pannu opts for sustainable outfits in her next Telugu film, Mishan Impossible

Sridevi has passed on her red pout legacy to daughters Janhvi Kapoor-Khushi Kapoor, the latter's latest photoshoot is the proof!

Taapsee Pannu exudes major wanderlust vibes as she explores Russia, lights up Instagram with pictures in saree and sneakers