Advertisement
HomeFASHION & LIFESTYLENewsBlame the printer! Diet Sabya takes a dig at Reynu Taandon as she apologizes to Anju Modi for 'unintentionally copying' her design print at ICW2020

Soon after designer Reynu Taandon presented her couture collection, ‘Surkh’ at the virtual India Couture Week 2020, two of her designs caught Diet Sabya’s attention. The pieces in question were a fuchsia pink sharara and an anarkali set that bore an uncanny resemblance to designer Anju Modi’s print from her 2015 collection.

Finding similarities between the two prints, the anonymous Instagram handle set up a DS investigation and called out Reynu. One of the internet user, who had also worked on Modi’s collection, confirmed that those prints are quite similar. 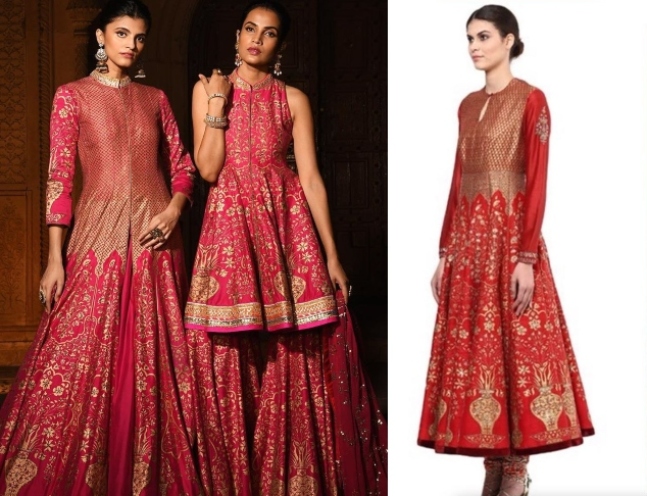 As these images were circulating online, they caught Anju’s attention as well. Speaking to a leading daily, the designer said, “It was undeniable. After I saw the post, I could recall that design was from my 2015 collection titled 'Kashish' and the gold pattern on the anarkali was used in many of our designs back then. It was hurtful, as I think that this is the time when every designer should be responsible and try to support one another. I was disappointed.” Speaking to Reynu, Anju said it was an unintentional error on her part. “She said that the two pieces will be removed from her collection and that she was unaware of the similarity. I wanted to resolve this amicably,” she continued. 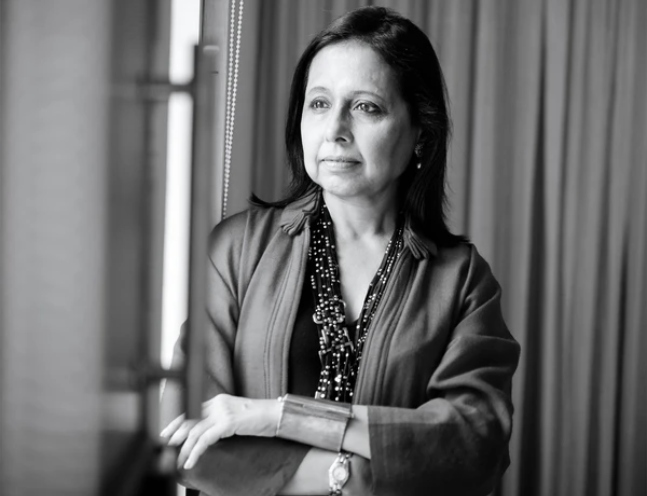 Reynu stated that after the pieces in question from her latest collection got viral on the social media platforms, she called Anju herself and apologized for the same. “I found out that my printer has used this motif earlier and it was developed by my fellow designer Anju Modi. He supplied it to us wrongfully, claiming that it was created for us,” she said. “Though it was unintentional, I apologised to my dear friend Anju ji and she has been gracious enough to resolve this issue. I am also removing both the dresses from my collection,” Reynu concluded. 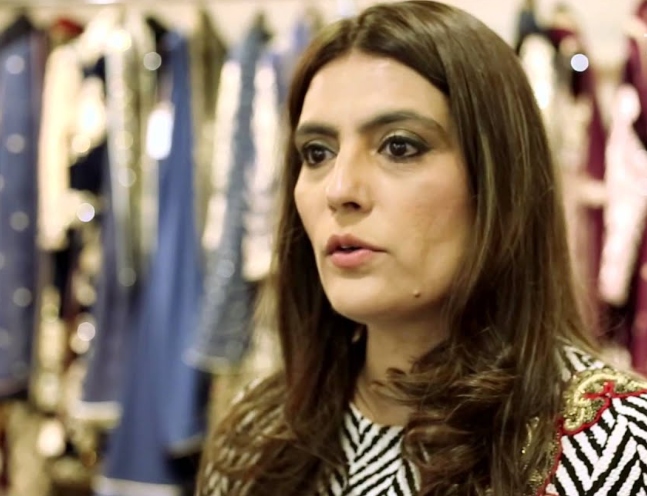 Diet Sabya, who shed light on the cornered matter took a sarcastic jibe at Reynu for 'blaming the printer.' 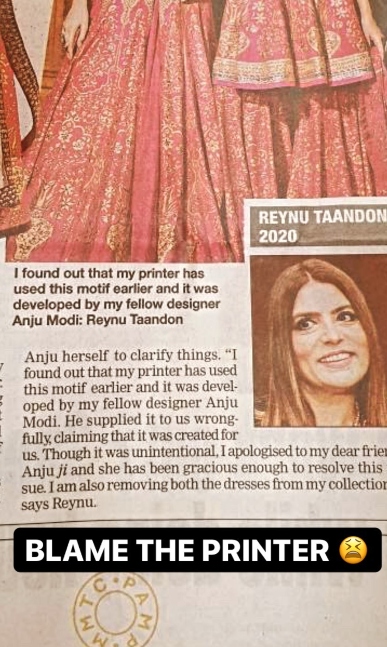 Printer or no printer, what are your thoughts on the same?

Influencer and new mum Diipa Büller-Khosla turns entrepreneur with he