Rhea Chakraborty's love for quirky T-shirts with deep-rooted meaning ain't new. The actress was recently spotted with her family at the airport wearing yet another statement-making outfit, quite literally.

After her viral 'smash patriarchy’ T-shirt, Rhea wore a ‘Man Up’ hoodie from Kunal Kundrra and Anusha Dandekar’s label- Man Up, Woman Up. Looks like the actress fancies making statements with her t-shirts and hoodies, just like her ex- Sushant Singh Rajput, who was often spotted wearing geeky tees with a quirky meaning.

For the unversed, last year, Rhea was wore a t-shirt that read - ‘Roses are red, violets are blue, Let’s smash patriarchy, Me and you", during judicial proceedings in SSR suicide case. Many B-town actors posted her t-shirt's message on their social media account as a symbol of solidarity. 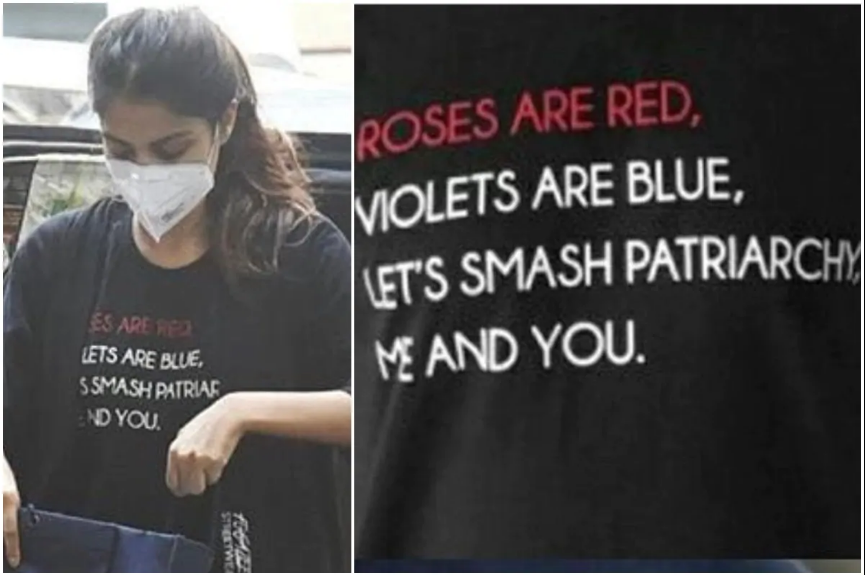 Wish to achieve a flawless glam like Erica Fernandes? The secret lies

It's about heart and hard work, then the economics follows: Manish Malhotra’s word of advice for aspiring designers

Gucci joins forces with I was a Sari to groom female artisans under its ‘now I can train’ project!

Satan is as much part of the art historical canon as Jesus : MSCHF responds to Nike’s defamation case of Lil Nas X’s ‘Satan Shoes’

Lockdown with the Johars Season 2: B-town showers the trio with love as twins Yash and Roohi step in ‘Dada’ Karan Johar’s RAD shoes!