Not a long time ago, makeup moghul and billionaire Kyile Jenner faced flak from fans for asking them to donate money to a makeup artist’s Go Fund Me page. MUA Samuel Rauda, who has previously worked with Kylie and is supposedly her close friend, was injured in a car accident on March 14. With bills mounting up, Samuel’s family set up a Go Fund Me page with a goal of $120,000.

Kylie on March 18, took it to her Instagram story and shared the news of donating $5000 to Samuel’s donation page. She also urged her fans to donate the same. 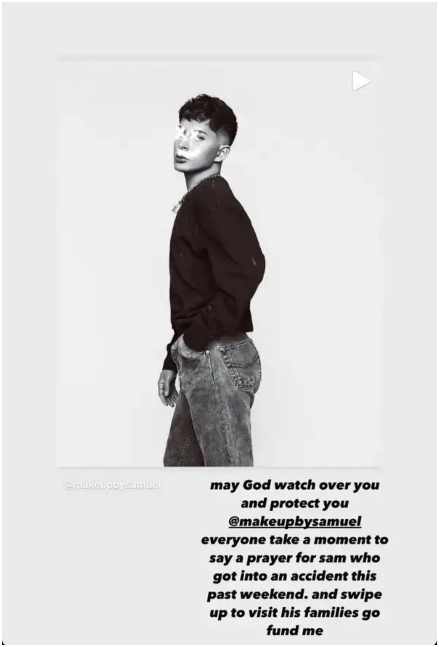 Moments after this, the 23-year-old Kylie Cosmetics founder faced flak for netizens as they claimed that she has enough funds to clear the entire bill of her ‘good friend’ and helps with just $5000 for it. “Folks already raised $99,018 for Kylie Jenner’s makeup artist Samuel Rauda. This woman makes $450K a day and only donated $5K, which is basically gumball money to her,” posted a Twitter user. “Samuel Rauda’s life is in danger. He needs brain surgery. Kylie Jenner has the audacity to ask us for donations when her and her family could easily fund the entire surgery. Imagine working for someone so unbelievably rich and they wont’s even cover your emergency expenses,” tweeted another. Check out some other tweets:

Kylie Jenner is disgusting for asking us regular people to donate to her friend’s Gofundme when she owns Birkins worth more than the Gofundme’s goal. Sis is a whole BILLIONAIRE

So Kylie Jenner who apparently earns over $450k A DAY and is a billionaire shared the 60k gofundme of her friend who got in an accident for us poor people to donate to? Celebrities are a different breed.

And then when her stylist got into a car accident and needs $60k emergency brain surgery,
she STARTED A GoFundMe and only donated $5k.

Kylie Jenner, net worth 900M, is doing a GoFundMe (60K) for her stylists emergency surgery after a road wreck, and only donated 5k. I mean, this is absolutely fn disgusting. No one is coming to save us. Certainly not the 1%. Medicare for All. Now.

Um Kylie Jenner could buy the fvcking moon and she's doing a GoFundMe for someone who isn't only her employee but her friend? Like? She buys her kid clothes that cost more than it would to pay for her FRIEND'S emergency surgery

Amidst all the online backlash, Kylie cleared her stand in the situation by posting another Instagram story. “I feel it’s important for me to clear up this false narrative that I’ve asked fans for money and am not paying for my makeup artist’s medical bills. Sam isn’t my makeup artist and unfortunately we don’t have a personal relationship anymore but I have worked with him a few years ago and think he’s the sweetest. I saw my current makeup artist and friend Ariel post about Sam’s accident and his family’s gofundme and I called Ariel immediately to see what happened to Sam,” read an excerpt from her post. 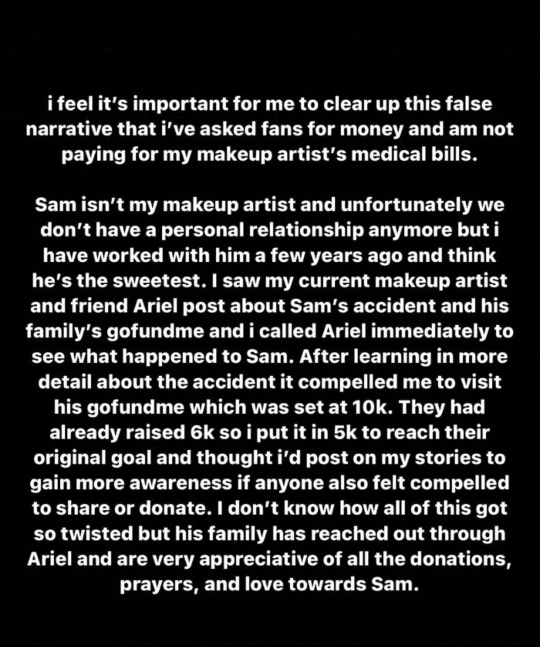 Clearing up the air on $5k donations, Kylie said when she was making donation, the goal was set for $10k and $6000 were already raised from that. “After learning in more detail about the accident it compelled me to visit his gofundme which was set at 10K. they had already raised 6K so I put in 5K to reach their original goal and thought I’d post on my stories to gain more awareness if anyone also felt compelled to share or donate. I don’t know how all of this got so twisted but his family has reached out through Ariel and are very appreciative of all the donations, prayers and love towards Sam,” she continued. 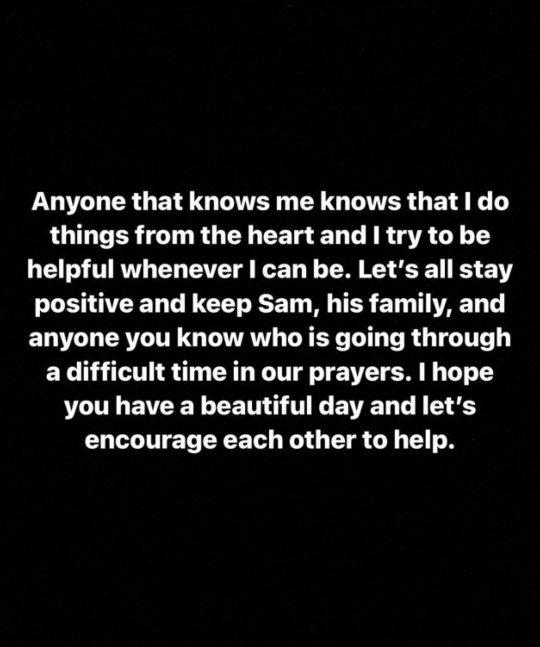 'Shershaah' Sidharth Malhotra looks nothing less than 'A Gentleman' as