Advertisement
HomeFASHION & LIFESTYLENewsJackie Shroff reminisces his friendship with Salman Khan, says 'have known him an assistant director who handled my clothes & boots'

Jackie Shroff reminisces his friendship with Salman Khan, says 'have known him an assistant director who handled my clothes & boots'

Jackie Shroff and Salman Khan, lovingly known as 'Jaggu Dada' and 'Bhai,' are the iconic duo of Bollywood with over 3 decades of friendship. The two recently shared screen space in Prabhudeva's directorial film, Radhe: Your Most Wanted Bhai. The 64-year old actor has known Salman since his modeling days and has maintained a strong friendship. In a recent interview with a leading daily, the actor opened up about their friendship and the memories he shares with Sallu Bhai.

Talking about his equation with the actor, Jackie said, “I have known him as a model and then as an assistant director, who handled my clothes and boots when I was shooting for Falak (1988). He used to look up to me and is like my little brother.” 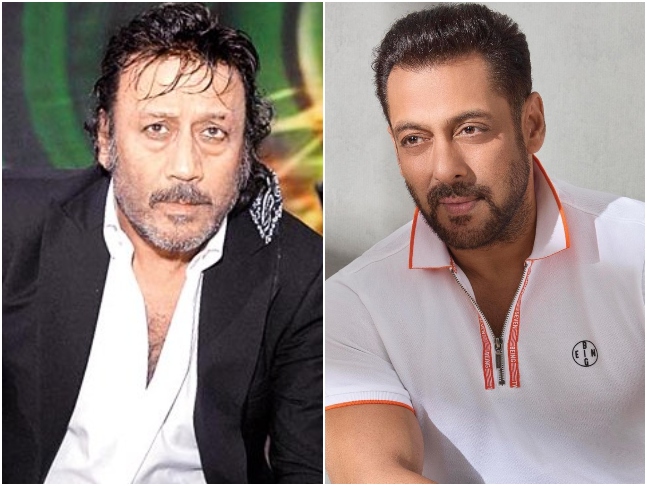 Recommended Read: 'I didn't know they would become so popular,' says Bobby Deol on his favorite blue sunglasses becoming a trend in the '90s

When asked about Salman paving his way into the industry and the changes that came along with it, he said, "None, both of us are still the same. Main aaj bhi daal, chaawal aur ghee khaata hoon. Uska bhi apna ek pattern hai, wohi karta hai. Insaan basically badalta nahi hai. I don’t think he has changed. We continue to call each other Jaggu and Sallu. The day he calls me ‘Mr Shroff’, I will know that our equation has changed."

Reminiscing the good old days, Jackie added, "When he was an AD, I used to show his photographs to the producers I was working with. Finally, KC Bokadia’s brother-in-law gave him a break in Bollywood. It was ‘Maine Pyar Kiya’ (1989) that catapulted him to stardom, but I feel that I was instrumental in him getting a break in the industry. Toh aise dosti shuru hui… well, dosti itni nahi hai ki we are very close, but he keeps coming up with films, aur jab bhi kuchh bada aata hai toh he thinks of me first."

We didn't want to be in front of it: Mary-Kate and Ashley Olsen open u

Victoria’s Secret ditches its 'Angels' for 'The VS Collective'; Priy

Ditching designer wear, Yami Gautam opts for mother's saree for wedding with Aditya Dhar; does her own makeup