Advertisement
HomeFASHION & LIFESTYLENewsPrincess Diana's iconic wedding dress with a 25 ft. train goes on on display at Kensington Palace for the first time in 25 years

One of the most fashionable and beloved members of the royal family, Princess Diana's iconic dress from her wedding with Prince Charles in 1981 has finally gone up on display. The Royal Style in the Making exhibition that was scheduled to happen in Kensington Palace opened its doors to the public on June 3, 2021.

This is the first time Princess Diana’s bridal ensemble has been displayed in over 25 years. Last time, it had been a part of a July 1998 exhibit at her ancestral home, Althorp, a year after her tragic demise. Diana's wedding dress is considered one of the best creations of the 20th century.

Recommended Read: Princess Diana's iconic wedding dress to go up on display for the first time in 25 years this summer at the Kensington Palace

The dress is sequined with a scooped neckline and puffed sleeves trimmed with bows.  Fashion aficionados will also see the 25-ft dramatic train, one of the most iconic features of the dress.

Designer Elizabeth Emanuel, who created the stunning wedding dress along with husband David, told a leading magazine, “It will be like seeing an old friend after all these years. I was looking at the images again today, and I can’t believe how many sequins we sewed onto the dress. This is going to be a wonderful exhibition.”

Matthew Storey, the exhibition curator at Historic Royal Palaces, said in a statement, “Our summer exhibition at Kensington Palace will shine a spotlight on some of the greatest talents of British design, whose work has been instrumental in shaping the visual identity of the royal family across the twentieth century.” The showcase will also include a rare surviving toile for the 1937 coronation gown of Queen Elizabeth’s mother, and garments by iconic couturiers Norman Hartnell and David Sassoon. 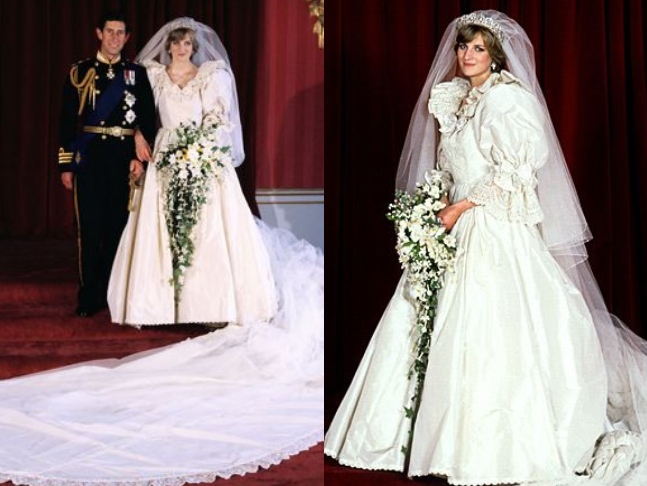 "While one of the highlights will undoubtedly be Diana, Princess of Wales’s show-stopping Emanuel-designed wedding dress, which goes on show at the palace for the first time in 25 years - we’ve got some real surprises up our sleeve for fashion fans!” Storey added.

The Royal Style in the Making exhibition will be on display till January 2, 2022.

The Ultimate Bestfriend: Everything you need to know about Masaba Gup

Gender Labels… who? Here's how Katrina Kaif's Kay Beauty 'It's Kay To Be You' campaign unapologetically shatters myths

12 years of smiles, joy, fear, failure, success, wanting to quit and wanting to never give up: Masaba Gupta pens an inspiring note as her label 'House Of Masaba' turns 12

Armaan Malik Birthday: 5 times the Prince of Pop proved he can nail the style quotient