Titanic star Kate Winslet has become the new face of L'Oréal Paris. The actress has been open about the struggles of body image and the pressure that actresses go through to look young. She has criticized the way women are treated and how the industry ages them significantly faster than men, especially when it comes to their roles in different films and shows.

Now, Kate has joined actresses like Viola Davis and Eva Longoria as the face of L'Oréal Paris. In an interview with a leading magazine, the actress discussed her motivation to join L'Oréal, the fast ageing, and the pressures upon women to look societally acceptable.

Recommended Read: ‘Don’t you dare,’ says Kate Winslet to director Craig Zobel for trying to edit her ‘bulgy bit of belly’ from sex scene in ‘Mare of Easttown’

When asked about how she feels being the new face to join the brand, Kate responded that she felt a "sense of sisterhood and women coming together, not judging each other, learning how to openly compliment one another, and really standing up for one another." The actress further said, "For me to be a part of L'Oréal, knowing that these things are important to me, and knowing that they've always been very important to them, it just feels fantastic." 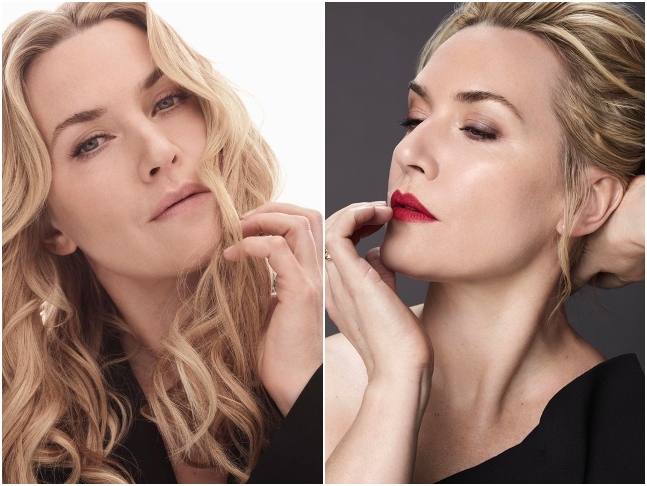 On how her perspective on beauty and makeup has changed over the last year, the actress truly enjoyed "really not wearing makeup, and certainly wearing less of it." Kate felt that by not looking into the mirror as often, people have been able to "relax a little bit." "I think we scrutinize ourselves a lot," admitted the actress.

When asked about the idea of self-worth and how that has changed for her, she said, "because I'm worth it, because we're worth it, because you're worth it. It's really kind of a remarkable thing to feel." "For me, being "worth it" feels that I'm standing together with people and helping one another to feel stronger as a team," Kate revealed.

Harry Styles to dip his toes into the beauty and perfume industry alongside stars Rihanna and Lady Gaga?