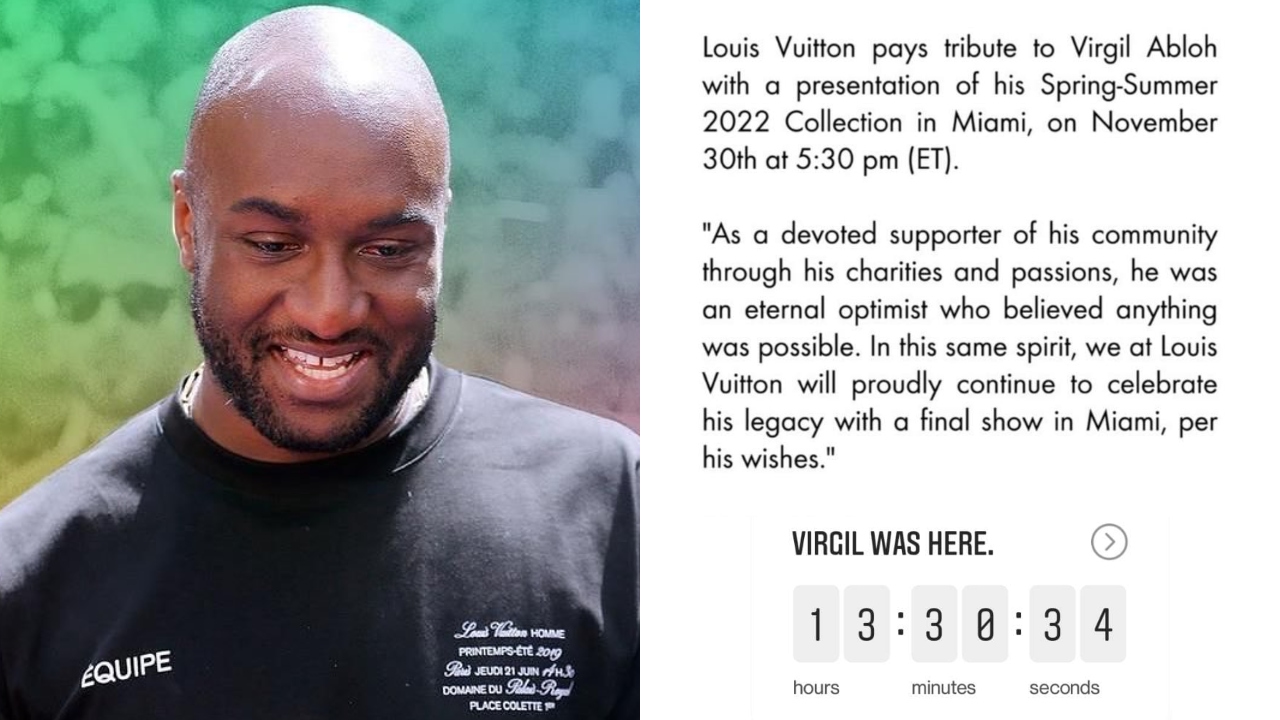 Iconic American designer Virgil Abloh left a void in the fashion industry and the hearts of all his fans with his sudden demise on November 28, 2021, after a private battle with cardiac angiosarcoma, a rare form of cancer. He was 41. The founder of street style brand Off-White reigned the fashion industry with his different approach and out-of-the-way thinking.

To honour Virgil’s memory and legacy, French luxury house Louis Vuitton is set to showcase its late Artistic Director’s final collection today, on November 30. The Spring/Summer 2022 collection will be unveiled in Miami at 5:30 p.m. ET and will be streamed live on LV’s official website. The site currently has a countdown to the start time.

Recommended Read: Remembering Virgil Abloh: Creative genius behind Off White & Louis Vuitton, one of the first black designers to redefine street-style, fashion and everything in between…

Sharing the same on their social media account, LV shared the announcement alongside a video. "Virgil was not only a friend, great collaborator, creative genius, visionary and disruptor, but also one of the best cultural communicators of our times. He paved the way for future generations. As a devoted supporter of his community through his charities and passions, he was an eternal optimist who believed anything was possible. In this same spirit, we at Louis Vuitton will proudly continue to celebrate his legacy with a final show in Miami, per his wishes," read the note.

Watching his final collection post his demise would be surely difficult for many but this is something that he would have wanted- to be celebrated. A genius, maverick and mastermind, Virgil will surely go down as a creative pioneer whose legacy would last forever.