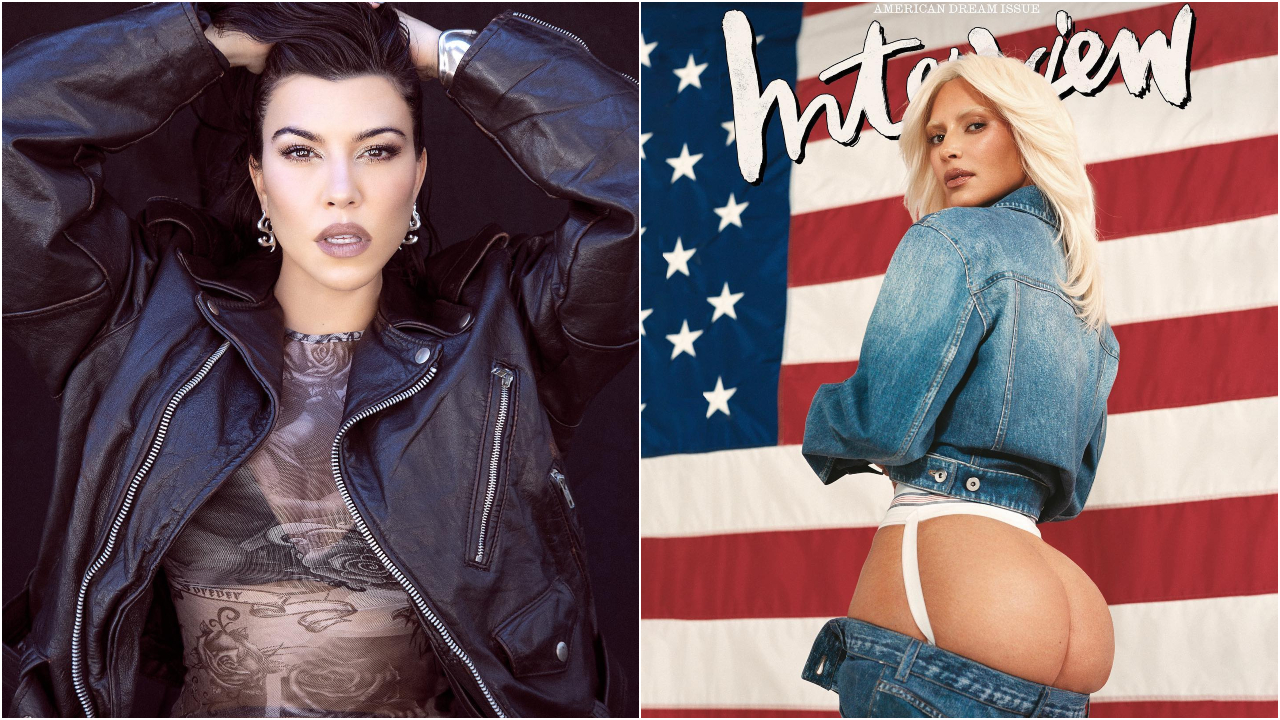 Who doesn’t love chit-chatting about the Kardashians in this whole wide world? The supreme sisters Kourtney Kardashian Barker and Kim Kardashian are now hitting the headlines but not for a noble cause. Whilst Kourtney was involved in an infamous collaboration with Boohoo to promote relief measures for the ongoing environmental crisis through sustainable fashion and recycling, The former fashion icon continued her unfathomable fashion steamroll by increasing her pay-per-views by the minute. While this wasn't an act of social cause, she was featured in the September Interview issue wearing a hot jockstrap. Both Kardashian sisters made headlines, Kourtney’s collab with Boohoo and Kim’s bold feature in the Interview magazine. While Kim’s cover caught eyes, Kourtney’s collab raised eyebrows.

Reality TV star Kourtney Kardashian teamed up with the fast fashion giant Boohoo to start her sustainable fashion journey. The e-retailer was named one of the least sustainable fashion brands by the UK Parliament’s Audit Committee in 2019 and now they announced a 45-piece collaboration and appointment of Kourtney as their “Sustainability ambassador” in a press statement. The first part of the collection will be unveiled during New York Fashion Week on September 13. But is it all in the name of sustainability that they chose Kourtney to do so?

Recommended Read: Balenciaga is back with new 'bottle slippers' conceptualized by Neondazer, and meta fashion nerds are losing their (caps) minds!

“When Boohoo first approached me to collaborate on a line I was concerned about the effects of the fast-fashion industry on our planet, I’m grateful for the opportunity to use my platform to drive conversations that lead to ongoing change and use my voice to share actionable tips with consumers on how we can play our own part. There’s still lots of work to be done and improvements to be made, but I truly believe that any progress we can make when it comes to sustainability is a step in the right direction and will open up the conversation for future advancements.” She said.

“This is just mutually beneficial greenwashing, except both sides have THE WORST track records”

Keeping Up With The Kardashians star, Kim was seen on the Interview magazine cover showing off her butt. While not quite ‘breaking the internet’ (again) Kim has given it her best shot by donning a blonde wig and bleaching her eyebrows for a new photoshoot. Honestly, her eyebrows felt a bit dramatic and changed her overall appearance.

The 41-year-old, mother of four, Kimmy for her photoshoot donned a cropped black leather jacket and provocatively tugged on her underwear, adorned with the flag. For another picture, she was snapped in a denim jacket and her pants slipped down where she bared her butt in front of the American flag.

Kim landed the front cover for Interview Magazine’s American Dream issue, where she spilled the beans on her future plans to get back on our screens, setting her sights on a Marvel role.

‘Would I act? I would if something fun came about,’ she replied. ‘Maybe a Marvel movie, that would be so fun to do. I’m not actively looking, but I think things just come when they’re supposed to.’

We think the Kardashian sisters are in the news but again for some wrong reasons. What do you think?