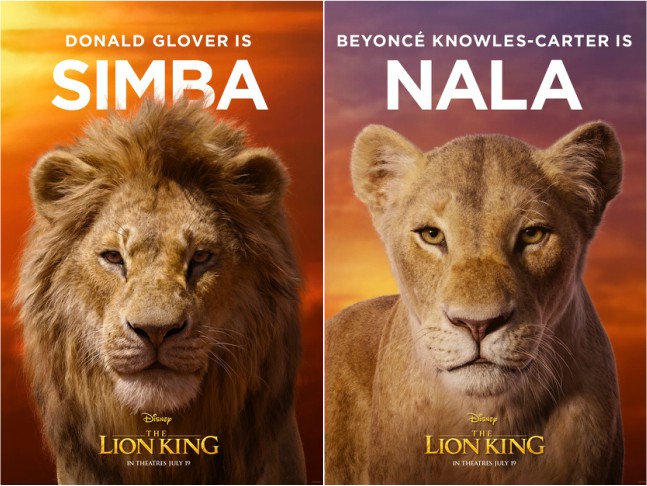 Disney released the first film posters of the upcoming live-action remake of The Lion King. New character posters for the cast were presented this morning and they are damn exciting. The new posters include a look at Simba, voiced by Donald Glover, and Nala (Beyonce Knowles) as young lion cubs as well as adults after they reunite. Scar and Mufasa are also featured, as well as Simba’s friends Timon, Pumbaa, Zazu and Rafiki.

Have a look at the new exciting posters of the biggest family entertainer of 2019- Disney's The Lion King.

Recommended Read: In 100 days, the king arrives: Watch the brand new trailer of The Lion King

The film is being helmed by the director of The Jungle Book, Jon Favreau who is all set for a live-action version of The Lion King that takes us through the journey to the African Savannah, where a future king must overcome tragedy and betrayal and assume his rightful place on Pride Rock.

Starring the voices of Donald Glover, Seth Rogen, Chiwetel Ejiofor, Alfre Woodard, Billy Eichner, John Kani, John Oliver, Beyoncé, and James Earl Jones, The Lion King releases on July 19, 2019 and we’re sure more than the children and teenagers it’s the young adults who are more excited about the film.