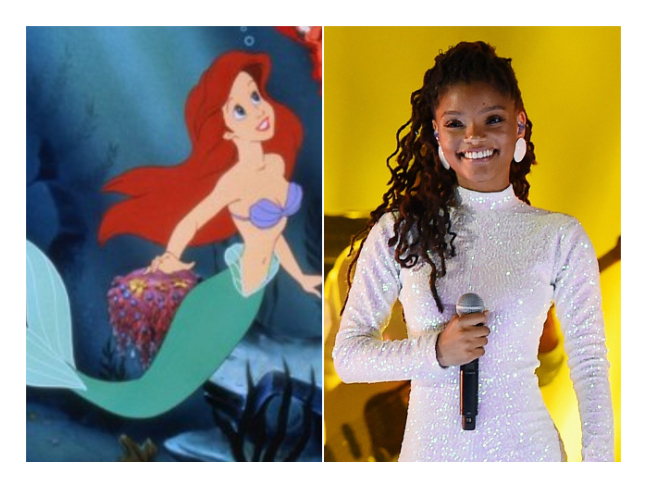 Halle Bailey has been cast in Disney’s upcoming live-action reimagining of The Little Mermaid. The actress recently appeared in A Wrinkle in Time for the studio. Bailey was discovered by Beyoncé via her YouTube videos and has since gone on to quite the career in R&B with the duo Chloe x Halle.

In a statement, the film’s director Rob Marshall said “After an extensive search, it was abundantly clear that Halle possesses that rare combination of spirit, heart, youth, innocence, and substance — plus a glorious singing voice — all intrinsic qualities necessary to play this iconic role.”

Just Announced: Halle Bailey has been cast in the upcoming live-action reimagining of The Little Mermaid.

The live-action adaptations of classic animated films has been a certifiable cash cow for Disney. The Little Mermaid is a special film in the pantheon of Disney animated classics. The studio has assembled quite a dream team for this one. Halle took to Twitter to announce her casting as well.

Helming will be director Rob Marshall, who directed last year’s Mary Poppins Returns. Although the movie will use all of the Alan Menken/Howard Ashman songs from the 1989 original, it will also contain new songs from Hamilton’s Lin-Manuel Miranda. The songwriter is such a huge Mermaid fan, he even named his son Sebastian based on the character from the film.

Casting has just begun for The Little Mermaid, but so far one of the most important roles has been filled. Melissa McCarthy will be taking on the role of the fabulous sea-witch Ursula. Meanwhile, Jacob Tremblay and Awkwafina are in talks to play Flounder the fish and Scuttle the seagull, respectively. This would be a gender swap for the traditionally male Scuttle.