Advertisement
HomeHOLLYWOODNewsWatch: The Losers Club face terrifying twists from Pennywise the Clown in the second trailer of 'IT: Chapter Two'

Watch: The Losers Club face terrifying twists from Pennywise the Clown in the second trailer of 'IT: Chapter Two' 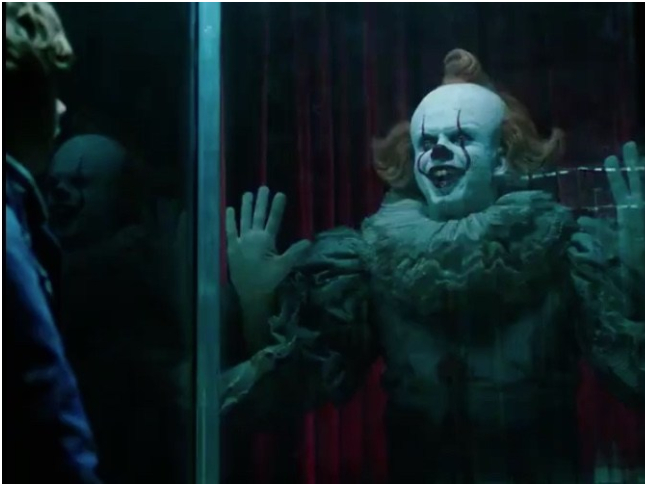 A new trailer for Andy Muschietti’s upcoming horror film It: Chapter Two has arrived, and unlike the first trailer, which focused mostly on a slow and uncomfortable confrontation, the new one ramps up the pace, intensity, and reveals, leaving you with chills and nightmares to follow!

Chapter Two continues with the second part of Stephen King's horror novel It. Set 27 years later, the now-grown kids including James McAvoy, Hill Hader, Jessica Chastain and others, learn that Pennywise the clown is still alive, and they have to return to Derry to fight him again. They are seen facing off against Pennywise in isolated settings before the final throwdown. This is much more likely to be how the final film feels: fast-paced and intense, with a lot of screaming.

Recommended Read: Watch: The first trailer of the live-action musical 'Cats' is out and Twitterati is speechless in horror

“The movie is about trauma,” Andy, who added that audiences will learn new details about the Loser’s Club and the events of ’89 that we didn’t see in the first film because “they don’t remember them” in the present. Spooky! With that eerie background score, the trailer darks a dark and twisted turn - showing us glimpses of all the horror that is to come including when James' Bill is stuck in a circus maze of mirrors and has to watch his son be hounded by the evil Pennywise.

The trailer concludes with a shudder-inducing voiceover in which Pennywise, sounding absolutely salacious, tells the Losers that he’s craved for them to return to Derry. Instead, simply by turning all the drama inward, Chapter Two’s second trailer ramps up the scares.