Reality TV star Khloe Kardashian is reportedly pregnant and the supposed father of the baby is none other than Tristan Thompson. The former couple is reportedly expecting their second child together, a year after she dumped him due to his cheating scandal, reports aceshowbiz.com.

"Khloe has been back together with Tristan for a minute. That's not the tea. The tea is she's pregnant with baby no 2," the report states, as quoted by MTO News. The parents to 1-year-old True Thompson, who have been rumoured to be back together several times, are said to "reintroduce" their relationship back to the public soon.

Words are Khloe has been taking time to let the world know that she has been romantically reunited with the basketball player, though it has lasted for months now, because "she doesn't want to look like a fool for taking him back after she made a big deal over the Jordyn (Woods) situation. Khloe has always been desperate to have long-lasting love. She's never felt secure with herself so she always tries to date super popular, attractive men to make herself feel better," the report goes on claiming.

Recommended Read:  Watch: Nick Jonas and Joe Jonas are definitely ‘Keeping Up With the Kardashians’ as they recreate the iconic purse fight between Kim-Khloe Kardashian 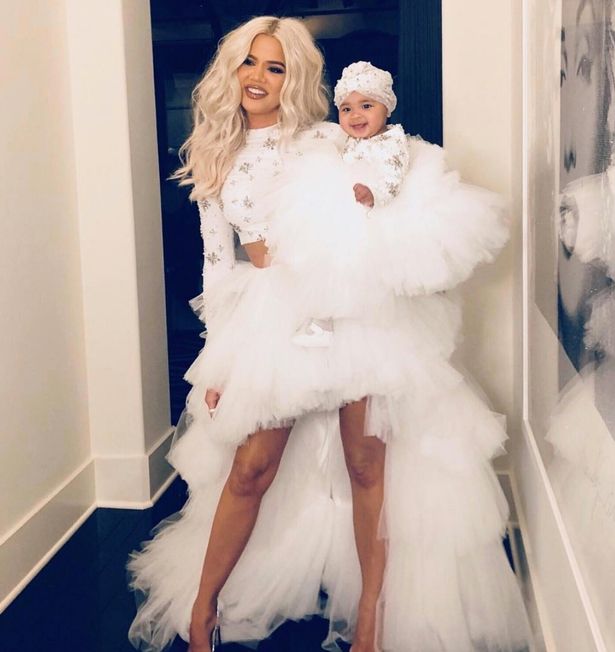 It's additionally said that "all of the Kardashians wanted to be WAGS".

The report suggests that Khloe realized an athlete's "lifestyle came with cheating, she was just embarrassed because it was public and ruined the 'family brand' she was trying to build." While "they took a little break and she tried to get other prospects for the life she was wanting to build," she's apparently returned with Tristan because "no one took the bait."

Tristan was first caught cheating on Khloe in 2018, while the Keeping Up with the Kardashians star was pregnant with their child. She stayed by his side at the time, but called it quits on their relationship after he was reportedly cheating on Khloe with Kylie Jenner's then-best friend Jordyn Woods in early 2019.

Khloe keeps a good relationship with Tristan because of their daughter True. They have been spotted together several times, sparking reconciliation rumours which have never been confirmed, but have angered her fans for allegedly taking her cheating ex back.

Keeping Up With The Kardashians: Kim wishing she hadn’t married more than once & other bomb revelations made by Kylie, Kendall on KUWTK reunion special

Watch: Jennifer Hudson transforms herself into Aretha Franklin in this BTS video from Respect

Billie Eilish apologizes for using racial slur against Asians in old video, says 'I am appalled and embarrassed'

‘Black Widow has moved away from hyper-sexualisation,’ says Scarlett Johansson as she slams her portrayal in ‘Iron Man 2’