Advertisement
HomeHOLLYWOODNewsKanye West posts rambling tweets about wife Kim Kardashian trying to lock him up, says film ‘Get Out’ was about him

Kanye West posts rambling tweets about wife Kim Kardashian trying to lock him up, says film ‘Get Out’ was about him

A day after holding a chaotic and unusual debut political rally in South Carolina for his 2020 presidential bid in which he appeared wearing a military style jacket and ‘2020’ shaved into the back of his head, and breaking down in tears on the stage, Kanye West has turned his attention to social media. He had a very public meltdown on Twitter on late Monday. He claimed his wife Kim Kardashian was trying to have him locked up on medical grounds, compared himself to Nelson Mandela and suggested the film Get Out was based on his life.

He started off with a single post, without comment, of Michael Jackson's music video to Black or White. He fired away with Kim and her mother Kris Jenner as targets. The bulk of his tweets were deleted a few hours later. However, he wrote, “Kim was trying to fly to Wyoming with a doctor to lock me up like on the movie Get Out because I cried about saving my daughters life yesterday,” referencing his outburst during the rally where he claimed he wanted Kim to get an abortion. He continued, "Everybody knows the movie get out is about me." 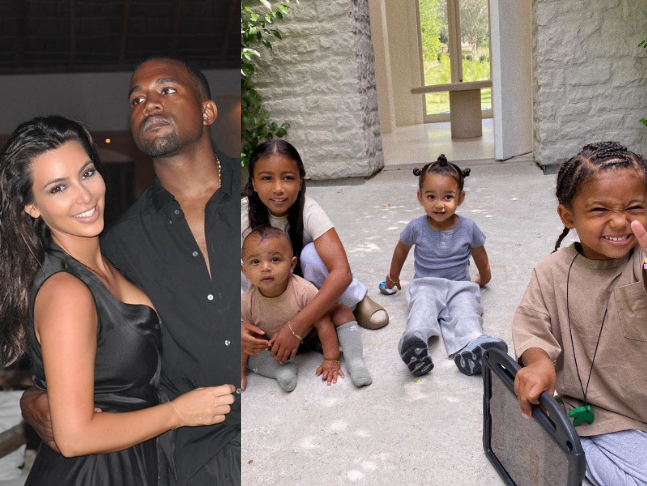 "If I get locked up like Mandela Ya'll will know why," he wrote in another tweet, also subsequently deleted. "I put my life on my God that Norths mom would never photograph her doing playboy and that’s on God I’m at the ranch ... come and get me," he wrote. In another tweet he confessed his love for his family and wrote, “I love my wife My family must live next to me It’s not up to E or NBC anymore." He also wrote sharing a picture of his children, “West children will never do playboy  west.” 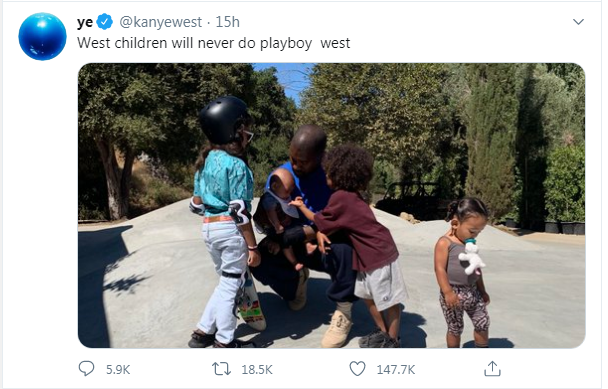 The netizens were shocked by his tweets and the ‘Pray for Ye’ hashtag started trending late in the evening as they expressed their concern for his health. After deleting his tweets, Kanye changed direction and wrote, “Ima focus on the music now,” and announced his upcoming album DONDA. He tweeted that DONDA will be released on Friday. 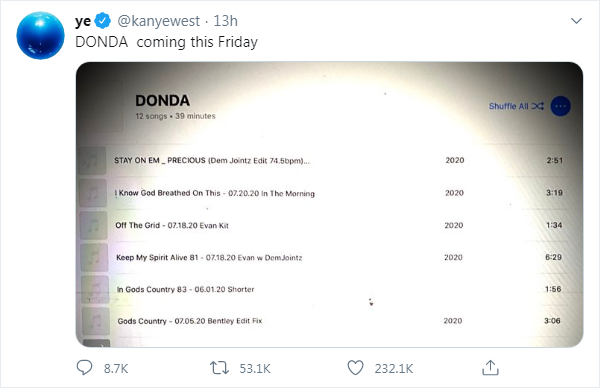 Kanye, a former supporter of President Donald Trump has announced his candidature for presidential elections. However, several reports stated that he didn’t file the requisite paperwork to have his name appear on South Carolina's presidential ballot.