Prince Harry and Meghan Markle have filed a lawsuit against the paparazzi who they claim used drones and other methods to take photographs of their 14-month-old son Archie-Harrison in their Los Angeles backyard without permission, their lawyer said Thursday. The lawsuit alleges that the photographers, who have not been identified, broke California privacy laws when they sent drones into airspace above the couples’ house to capture images of the family, and accuses them of creating holes in a fence around the house and flying helicopters overhead.

“Every individual and family member in California is guaranteed by law the right to privacy in their home. No drones, helicopters or telephoto lenses can take away that right,” the couple’s lawyer, Michael J. Kump, said in a statement. “The Duke and Duchess of Sussex are filing this lawsuit to protect their young son’s right to privacy in their home without intrusion by photographers, and to uncover and stop those who seek to profit from these illegal actions.” 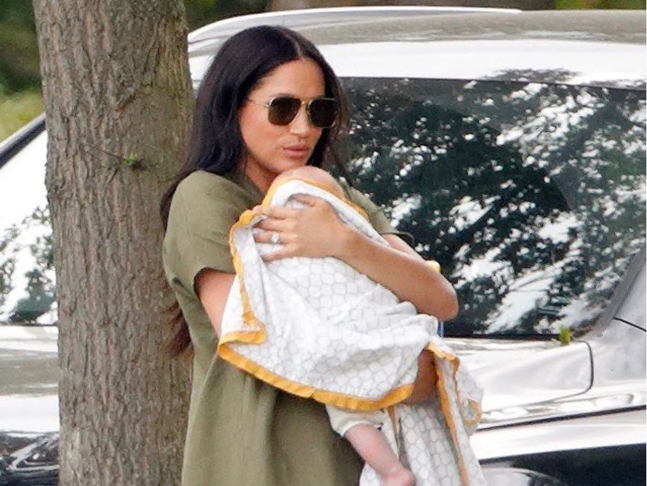 Recommended Read: Prince Harry’s and Meghan Markle’s resolve to step down from royal duties to turn into a film trilogy ‘Escaping the Palace’

Michael has represented a string of high-profile clients in the past, including the Kardashian sisters, Sandra Bullock and Shaquille O’Neal, according to his website.

This is not the first time the couple is facing issues with the tabloid media. According to the lawsuit, the Daily Mail’s decision to publish the precise location of their home in Canada led an army of photographers to descend on the town of North Saanich, which triggered a wave of “harassment and intimidation” that affected the entire community. As a result, the family moved to the Los Angeles area, where they lived undisturbed for six weeks until the Daily Mail once again pinpointed their location.