Advertisement
HomeHOLLYWOODNewsIn an attempt to keep his mushy PDA away, makers of 'No Time To Die' ask Ana de Armas to attend the premiere without beau Ben Affleck?

In an attempt to keep his mushy PDA away, makers of 'No Time To Die' ask Ana de Armas to attend the premiere without beau Ben Affleck?

It seems like Bond girl Ana de Armas will have to attend the premiere of No Time To Die alone. No Time To Die, which is the latest installment of the spy franchise, is set to hit screens in the UK on November 12. However, the makers of the movie reportedly want Ana, who stars as Paloma, to walk the red carpet solo, reports metro.co.uk.A source has claimed they want to keep all attention on the film's stars, including Daniel Craig, Rami Malek, Naomie Harris and Lashana Lynch. "This film premiere has been a long time coming and franchise bosses want the spotlight to be on the stars of the film," the source said. "It would be a disaster if it was all about Ben's mushy PDAs with Ana overshadowing the event. A circus sideshow is strictly off the menu and the head honchos want to keep it all on-brand," added the source to The Sun. 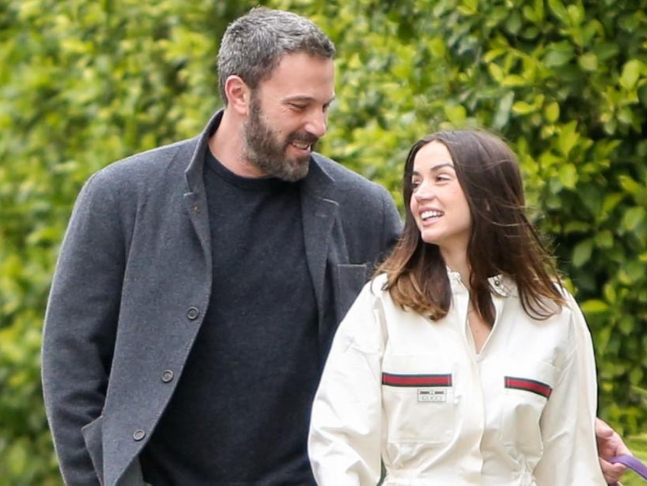 Recommended Read: 'The Ellen DeGeneres Show' not going off air; James Corden to reportedly replace host Ellen amid toxic work environment claimsAna and Ben met while they were filming the movie Deep Water at the beginning of this year. They have been publicly displaying their love for each other during walks near the actor's home.

Fans get emotional on rumours of Emma Watson's retirement from acting;