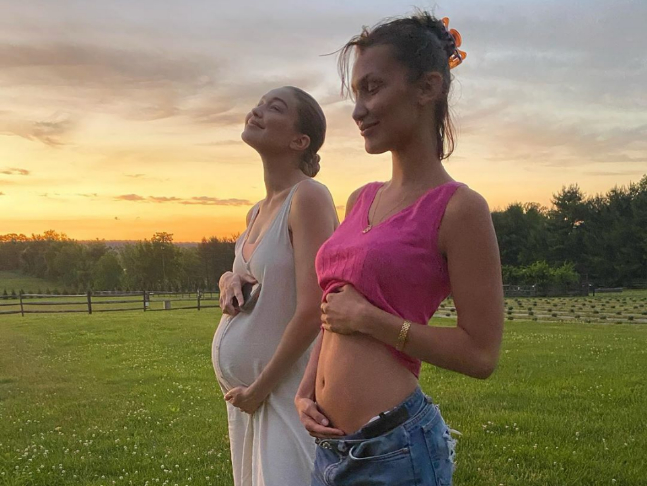 Bella Hadid can’t wait to become an aunt. The supermodel shared an adorable photo of herself and her sister Gigi Hadid with a hilarious caption that showcases her happiness at ushering in the birth of a new family member.

In an Instagram post, Bella shared an earlier picture when her sister’s pregnancy news was fresh. As a way to celebrate, the supermodels took an impromptu photoshoot where the baby bump took centre stage, albeit with a bit of difference. Bella captioned the post, “june 11, 2020 ...two buns in the oven except mine is from my burger and gigi’s is from @zayn i love you both so freaking much -can’t stop crying.”

june 11, 2020 ...two buns in the oven except mine is from my burger and gigi’s is from @zayn i love you both so freaking much -can’tstopcrying

In the photo Gigi can be seen cradling her baby bump while Bella is showing off her tummy. Gigi is expecting her first child with singer-boyfriend Zayn Malik. Although she is keeping the due date under wraps but she recently shared photos from her maternity photoshoot and revealed she was 33 weeks along when the pictures were clicked.

Gigi confirmed the news of her pregnancy on The Tonight Show Starring Jimmy Fallon and had said, “Obviously, we wished we could have announced it on our own terms but we're very excited and happy and grateful for everyone's well wishes and support. It's a nice silver lining to be able to be home and together and really experience it day by day."