Sean Connery, the first and by most accounts the best James Bond to have ever graced the silver screen passed away today at the age of 90. As per reports, Connery was in Bahamas and passed away in his sleep. Connery first appeared as Ian Flemings’ fictional British spy in Dr No (1962) and followed it up playing agent 007 in six more films including From Russia With Love, Goldfinger, Thunderball, You Only Live Twice, Diamonds Are Forever and Never Say Never Again.

However, his illustrious Hollywood career was not limited to James Bond films and he starred in popular films like The Untouchables (1987), Indiana Jones and the Last Crusade (1989), The Hunt for Red October (1990), The Rock (1996) and Entrapment (1999).Born into a working-class family with humble beginnings Connery dropped out of school at the age of 13 and did a series of odd jobs. In 1953, he moved to London and picked up minor roles in plays, films and television shows. His first leading role was as a boxer in the 1957 movie Blood Money. 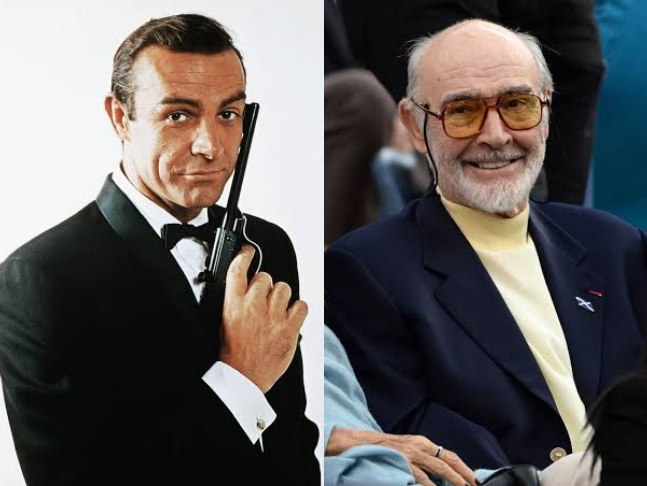 Connery was chosen to play James Bond over Richard Burton, Cary Grant and Rex Harrison. He also headlined Alfred Hitchcock’s thriller Marnie (1964) and Sidney Lumet’s World War II drama The Hill (1965). Connery’s acting career spanned decades and his many awards included an Oscar, two BAFTA awards and three Golden Globes. He received an Academy Award for Best Supporting Actor as a hardy Irish-American police officer in 1987’s The Untouchables. He won a BAFTA for his performance in 1986’s The Name of the Rose. Connery was knighted by Queen Elizabeth II in Edinburgh in 2000, for his services to film and drama; something which he described as the ‘proudest day of (his) life.’ Upon receiving the American Film Institute’s Lifetime Achievement Award in 2006 Connery took retirement from acting after an illustrious acting career.

“It is with such sadness that I heard of the passing of one of the true greats of cinema. pic.twitter.com/McUcKuykR4

Sir Sean Connery will be remembered as Bond and so much more. He defined an era and a style. The wit and charm he portrayed on screen could be measured in mega watts; he helped create the modern blockbuster.

He will continue to influence actors and film-makers alike for years to come.

My thoughts are with his family and loved ones.

Wherever he is, I hope there is a golf course.”

Sir Sean Connery has died at the age of 90. He was the first actor to play James Bond on the big screen in Dr. No in 1962, From Russia With Love, Goldfinger, Thunderball, You Only Live Twice and Diamonds Are Forever followed. pic.twitter.com/VaFPHCM5Ou

I grew up idolizing #SeanConnery. A legend on screen, and off. Rest In Peace. pic.twitter.com/OU9QEy5fTB

1/ I was heartbroken to learn this morning of the passing of Sir Sean Connery. Our nation today mourns one of her best loved sons.
https://t.co/76UGDptARp

2/ Sean was born into a working class Edinburgh family and through talent & sheer hard work, became an international film icon and one of the world's most accomplished actors

3/ Sean will be remembered best as James Bond - the classic 007 - but his roles were many & varied. He was a global legend but, first and foremost, a patriotic and proud Scot - his towering presence at the opening of @ScotParl in 1999 showed his love for the country of his birth.

4/ Sean was a lifelong advocate of an independent Scotland and those of us who share that belief owe him a great debt of gratitude.

5/ It was a privilege to have known Sean. When I last spoke to him it was clear even then that his health was failing - but the voice, the spirit and the passion that we all loved so well were still there. I will miss him. Scotland will miss him. The world will miss him.

6/ My thoughts and condolences are with Micheline, their children and all the family. RIP Sir Sean Connery

We are deeply saddened to learn of the loss of Sir Thomas Sean Connery. Our sincerest condolences to his family and friends in this difficult time.

He was a legend. An icon. And in every way, a true movie star. His legacy will live on long after his time on this Earth.

Shaken and, on this occasion, stirred to hear that Sir Sean Connery has passed away. Had the pleasure of playing golf with him on a couple of occasions. A real character and for me, the best Bond. James Bond should be immortal. RIP

RIP Sir Sean Connery.. a trailblazer, a true legend and a gentleman https://t.co/hkLwouejZI

Every day on set with #SeanConnery was an object lesson in how to act on screen. But all that charisma and power- that was utterly unique to Sean . RIP that great man , that great actor . https://t.co/W8MQrFYlJ0

This man was really good to me. They say don’t meet your heroes. He exceeded all expectations. RIP Sean. #seanconnery pic.twitter.com/Ac0QCg7YYj

Sean Connery was a larger than life presence in our lives for generations. His rugged charm and impish wit made every role he played his own. I am truly sorry to hear of his passing today. Rest In Peace #SeanConnery. pic.twitter.com/HlQcBqndhg

I spent every single Thanksgiving growing up watching James Bond movies (as was a family tradition). And always with #SeanConnery, my favorite Bond of all time. Incredibly saddened to hear of his passing. #RIP pic.twitter.com/4N8p8z2Vnz

So sad to hear of the passing of #SeanConnery He was so much more than an actor. He was an icon. But as I discovered on a very special trip to interview him ten years ago with @wats67, he was firstly a loving husband, father and grandfather who will be deeply missed. pic.twitter.com/1rKTiBJkKs

'Stop with the pressure,' says Priyanka Chopra Jonas when asked about her plans of wanting enough children to make a ‘cricket team’ with husband Nick Jonas