Advertisement
HomeHOLLYWOODNewsJohnny Depp steps down from the role of Grindelwald in ‘Fantastic Beasts’ franchise in the wake of losing libel case, issues open letter

Johnny Depp steps down from the role of Grindelwald in ‘Fantastic Beasts’ franchise in the wake of losing libel case, issues open letter

In a surprise move, Johnny Depp has stepped down from his role of evil wizard Gellert Grindelwald from the Fantastic Beasts and Where to Find Them film franchise. The actor posted a letter on social media announcing his resignation form the Warner Bros. film series in the wake of losing his libel case earlier this week against the British tabloid The Sun that labelled him as a ‘wife beater’. The publication had said that Depp was abusive towards his ex-wife Amber Heard and a judge found the claims ‘substantially true’.

Taking to his Instagram account, Depp revealed that Warner Bros. had asked him to resign from his role despite having already completed some filming on the third Fantastic Beasts film. He wrote, “In light of recent events, I would like to make the following short statement. Firstly, I'd like to thank everybody who has gifted me with their support and loyalty. I have been humbled and moved by your many messages of love and concern, particularly over the last few days. Secondly, I wish to let you know that I have been asked to resign by Warner Bros. from my role as Grindelwald in Fantastic Beasts and I have respected and agreed to that request. Finally, I wish to say this. The surreal judgement of the court in the U.K. will not change my fight to tell the truth and I confirm that I plan to appeal. My resolve remains strong and I intend to prove that the allegations against me are false. My life and career will not be defined by this moment in time."

Warner Bros. also confirmed Depp’s departure in a statement that read, “Johnny Depp will depart the Fantastic Beasts franchise. We thank Johnny for his work on the films to date. Fantastic Beasts 3 is currently in production, and the role of Gellert Grindelwald will be recast. The film will debut in theaters worldwide in the summer of 2022." 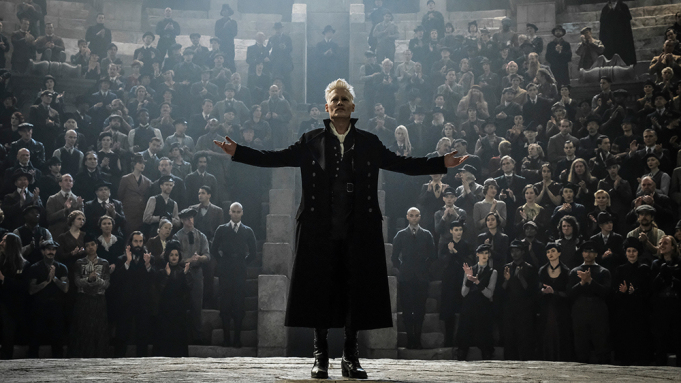 Depp had appeared in the first two of the Harry Potter prequel films-2016's Fantastic Beasts and Where to Find Them and 2018's Fantastic Beasts: The Crimes of Grindelwald. However, ever since Depp was roped in for the role he had met with harsh criticism for being violent towards Amber during their marriage from 2015-17 and many Potterheads and fans of Harry Potter demanded he not be included in the star cast of the film.

Author JK Rowling and director David Yates had previously stood up for Depp’s casting. Rowling wrote in 2017, “The filmmakers and I are not only comfortable sticking with our original casting, but genuinely happy to have Johnny playing a major character in the movies.” However, Rowling herself has come under fire for her stance on trans rights issues. Warner Bros. originally announced there would be five movies in the ambitious franchise, but with Depp stepping down it remains to be seen which actor will take up the role of Grindelwald. Fantastic Beasts and Where To Find Them stars Eddie Redmayne as Newt Scamander, Jude Law as Albus Dumbledore. It also stars Katherine Waterston, Dan Fogler, Alison Sudol, Ezra Miller, Callum Turner and Jessica Williams.