Priyanka Chopra Jonas has started preparing for her next project, Text For You. She shared a couple of pictures on her Instagram, showing her getting her hair and nails done before she begins working on the film from today.

The photos showed Priyanka wearing a mask while getting a manicure. She was also seen getting a new hair colour done. “Prep...starting text for you on Friday,” she wrote with the photo. 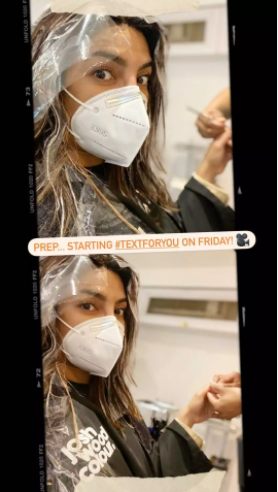 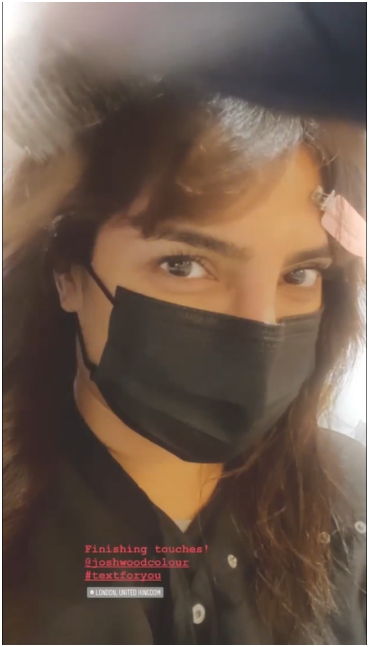 Sony’s Screen Gems Text For You is a romantic drama which also stars Sam Heughan. Music icon Celine Dion also plays an important part in the film. It is inspired by the 2016 German-language box office hit SMS Fur Dich, which is based on Sofie Cramer’s popular novel of the same name. The plot revolves around a woman who, to ease the pain after tragically losing her fiance, starts to send romantic texts to his old cell. It turns out that the phone number has been reassigned to a man across town suffering a similar heartbreak. The two meet and feel an undeniable connection, but can’t seem to leave the past behind.

Harry Potter TV series in the works? HBO Max and Warner Bros. not will

Godzilla vs Kong trailer: Legendary mythical adversaries collide in an

Armie Hammer’s ex-girlfriend claims he carved an ‘A’ into her body, says the relationship was ‘like 50 Shades of Grey without the love’

Khai's Mom: Gigi Hadid changes her Instagram bio as she makes her daughter's name reveal for the first time

Lady Gaga sings the national anthem, JLo performs 'This Land is Your Land' - All that happened at Biden-Harris Presidential Inauguration Ceremony