The Buckingham Palace has confirmed that the Sussex' -- Prince Harry and his wife, Meghan Markle, will not be returning to royal duties, and Harry will give up his honorary military titles, as well. When Harry and Meghan stepped away from full-time royal life in March 2020, over unbearable media scrutiny and strictures of their roles, it was agreed the situation would be reviewed a year from that time.

And now one year past, the palace said in a statement on Friday that the couple, also known as the Duke and Duchess of Sussex, have verified "they will not be returning as working members of the Royal Family". It said Queen Elizabeth II has spoken to her 36-year-old grandson and confirmed "that in stepping away from the work of the Royal Family, it is not possible to continue with the responsibilities and duties that come with a life of public service". 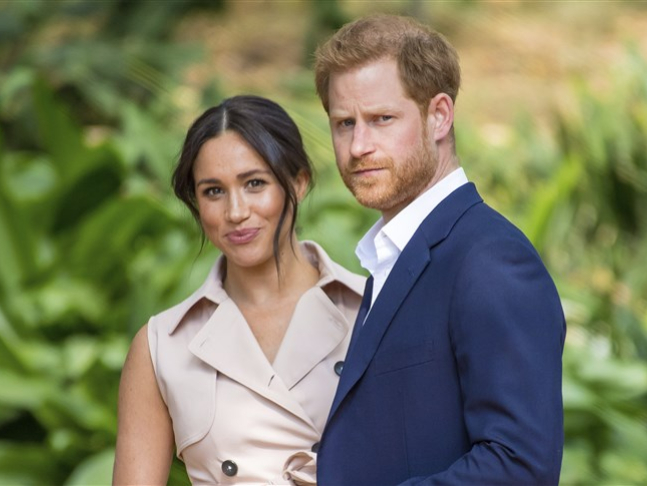 Recommended Read: Prince Harry and Meghan Markle 'overjoyed' as they are expecting their second child!

The couple is presently in the US. They had shifted to Los Angeles and Meghan is expecting her second child after a painful period of miscarriage following their first born Prince Archie's birth. The palace said Harry's appointment as captain-general of the Royal Marines and titles with other military groups would revert to the queen before being distributed to other members of the family.

Harry served in the British army for a decade, including on the front line in Afghanistan, and retains a close bond with the military. He founded the Invictus Games competition for wounded troops, which first was held in 2014 at London's Queen Elizabeth Olympic Park and is extremely popular. The Invictus Games Foundation said Harry would remain its patron. However, he is relinquishing positions as patron of the Rugby Football Union, the Rugby Football League and the London Marathon Charitable Trust.

The announcement of their official exit sparked both backlash and applause on Twitter as Netizens reacted.

Petty, jealous and vindictive - Harry and Meghan take another bitter swipe at the Queen. What happened to kindness? The Queen has been kind and generous. Is this how they repay her kindness?

After the Queen at last sacked them from the royal family, Harry and Meghan declared: "We can all live a life of service." Or, if you're ligging off your flagging royal status, you can replace your life of service with a shameless pursuit of undeserved wealth and fatuous fame.

Good for #HarryandMeghan! There's no doubt that their broader commitment, on their own terms, to a life of service to the world (which includes the UK) will always reflect positively on the Royal Family.

They're still royalty so should keep their Sussex title #MeghanMarkle pic.twitter.com/lA6TO2NgWk

The Royal Family have lost the two assets that could have modernised and increased relevancy. No doubt detractors will continue to sneer at Meghan and Harry and wax lyrical about William and Kate but like a great philosopher once said: ‘stop trying to make fetch happen.’

Harry & Meghan will not return as working members of the Royal Family!

I say good for them, the monarchy is coming to an end in my opinion and outdated!

Congratulations to Harry and Meghan, the Duke and Duchess of Sussex, for making a life of their own. I think they will prove it's perfectly possible to serve their community and charitable interests outside 'the firm'.
#HarryandMeghan

You will be greatly missed: Meghan Markle and Prince Harry pay tribute to Prince Philip

Queen Elizabeth's husband for 73 years, Duke of Edinburgh Prince Philip passes away at 99

Those Who Wish Me Dead trailer: Angelina Jolie faces raging forest fire and merciless assassins in this neo-western thriller

Cruella Trailer: Emma Stone and Emma Thompson go head-to-head in a formidable face-off based on fashion and mischief