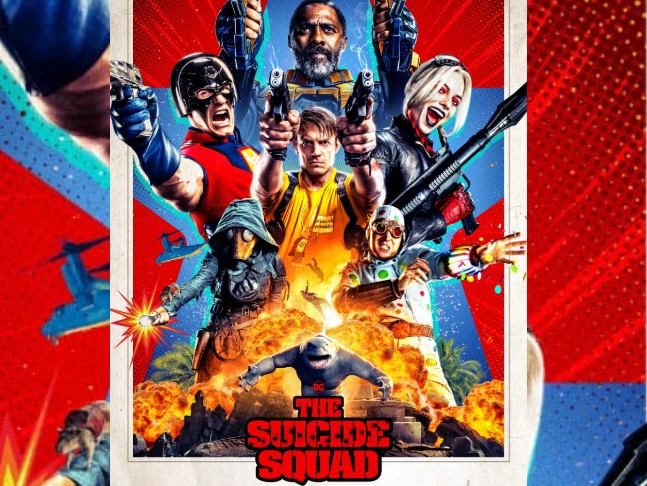 The red band first trailer of James Gunn’s forthcoming DCEU film, The Suicide Squad has been released by Warner Bros. The film is sort-of-a-sequel to Gunn’s 2016’s Suicide Squad. The trailer introduces a handful of new characters and re-introduces the previously known and loved madcap characters. The Suicide Squad trailer at just three minutes packs a lot of punch and promises a crackling action-comedy with some sweet comic book goodness thrown in for good measure.

The trailer does not give away any major plot details except that the titular group of super-villains is dropped onto the remote island of Corto Maltese on a search and destroy mission. Joel Kinnaman’s Colonel Rick Flag attempts to keep them in line with Viola Davis’ Amanda Waller back in the game calling the shots and tracking their every move. Margot Robbie’s Harley Quinn and Idris Elba’s Bloodsport lead from the front and make the most noise in the trailer. David Dastmalchian plays a deeply depressed Polka-Dot Man and John Cena essays the role of Peacemaker who has a comedic rivalry with Bloodsport. The trailer ends with the appearance of Starro, the giant, mind-controlling alien starfish.

From the horribly beautiful mind of @JamesGunn, #TheSuicideSquad hits theaters and @HBOMax August 6. Watch the Official Red Band trailer now, to subscribe, and be among the first to receive content up until release! pic.twitter.com/O4fw1pbvXO

The Suicide Squad will hit theaters and HBO Max on August 6. The film releases pan India this August in English, Hindi, Tamil and Telugu.

Hailey Bieber opens up about ‘stealing’ husband Justin Bieber from Selena Gomez, says ‘not her character to mess with someone’s relationship’

I Wanna Dance With Somebody: Naomi Ackie steps into the shoes of legendary singer Whitney Houston in latter’s biopic; first trailer out