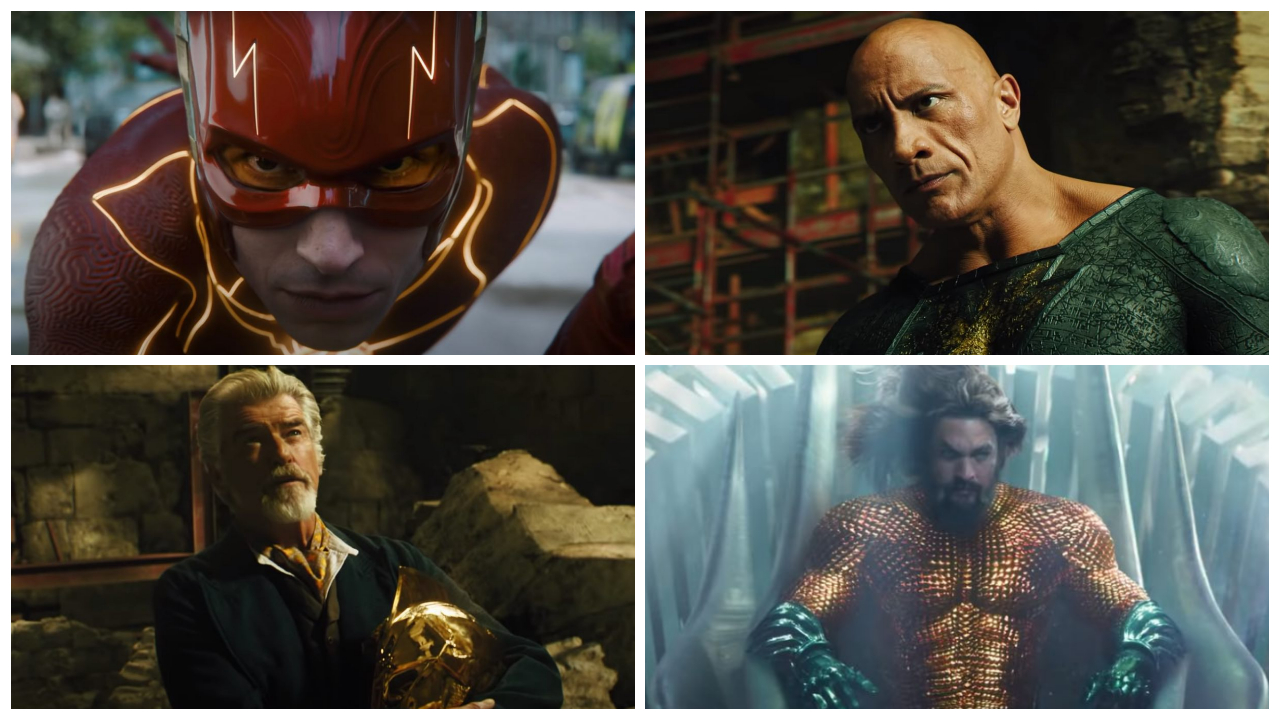 Warner Bros. has unveiled new footage of DC’s upcoming titles including The Batman, Aquaman and the Lost Kingdom, Black Adam and The Flash in a clip posted to social media. While the video gives only a small glimpse of Jason Momoa as Aquaman sitting on his throne, it serves as the first official footage from the film other than the first look.

The compilation video starts Zoe Kravitz’ Catwoman and Robert Pattinson’s Batman from their Matt Reeves directed The Batman. It then shows Dwayne Johnson talking about a better world as Black Adam and Momoa as Aquaman. Ezra Miller’s Flash contemplates visiting different universe while Momoa contemplates while looking over the ancient ruins and saying, “What could be greater than a king? A Hero.”

The video marks new footage from Black Adam headlined by Dwayne Johnson and gives the first look at the Justice Society of America with Pierce Brosnan as Doctor Fate, Aldis Hodge as Hawkman, Noah Centineo as Atom Smasher and Quintessa Swindell as Cyclone. The cast also includes Marwan Kenzari, James Cusati-Moyer, Bodhi Sabongui, Mo Amer and Uli Latukefu. The film is slated to release on July 29, 2022 after being in development for a decade.

The clip shows The Flash’s new suit and a voiceover from Michael Keaton’s Batman and Kravitz says, ‘If we don’t stand up no one will.” The Flash sees Ben Affleck playing the Batman one last time. The film also stars Sasha Calle, Temuera Morrison, Michael Shannon and Kiersey Clemons and will hit theatres on November 4.