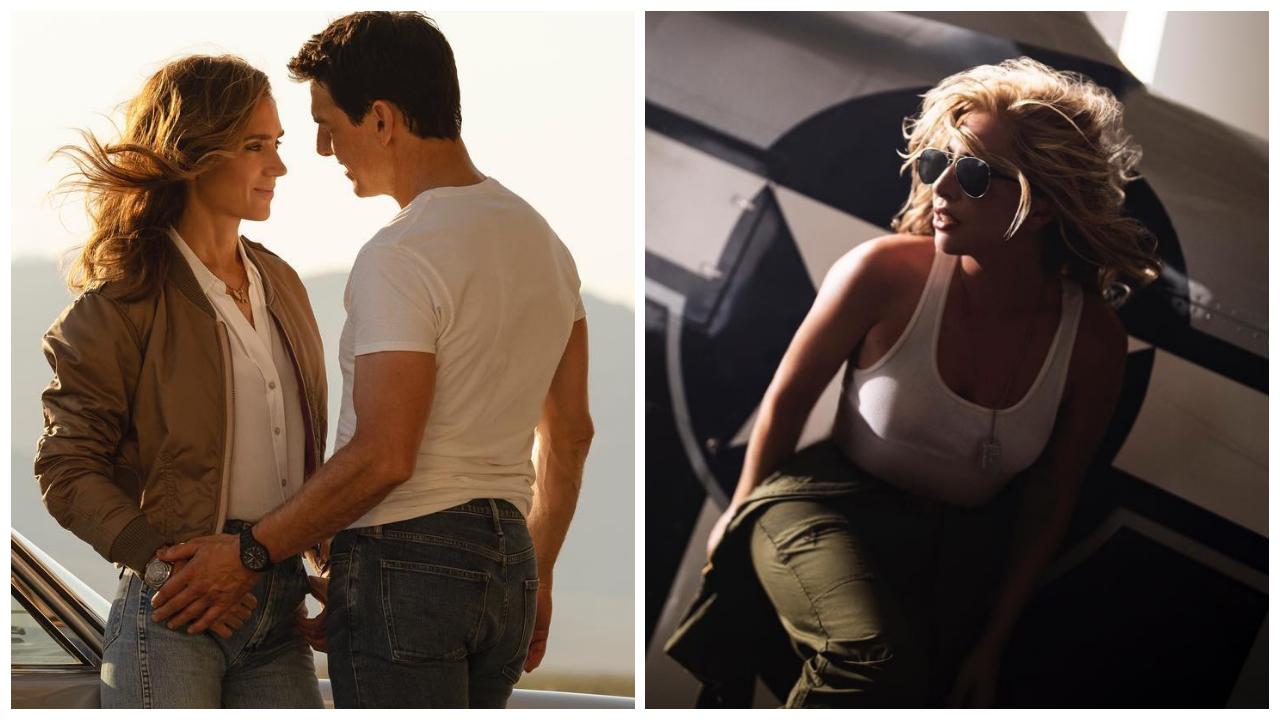 Lady Gaga unveiled the music video for her new single Hold My Hand from the upcoming major motion picture Top Gun: Maverick. The video was directed by Top Gun: Maverick’s director Joe Kosinski, and features Lady Gaga along with epic scenery from the new film, as well as emotional scenes from the original 1986 Top Gun. The video for Hold My Hand made its global broadcast premiere on MTV, MTV Live, and MTVU, as well as on the Paramount Times Square billboards earlier today.

The Hold My Hand single made its epic debut earlier this week via Interscope Records, with Billboard declaring “Lady Gaga soars with Hold My Hand, and Vanity Fair raving the song “catapults her (Gaga) into next year’s Oscar race.” The single was written for the motion picture and is featured throughout the film. “Hold My Hand” was produced by Lady Gaga and BloodPop, with additional production by Benjamin Rice. The motion picture version of Hold My Hand features additional production and score by Harold Faltermeyer and Academy Award-winner Hans Zimmer. Hold My Hand marks Gaga's return to writing and producing original music for film, after the success of 2018's A Star is Born soundtrack that earned Gaga an Academy Award, four Grammys, a BAFTA Award, a Golden Globe Award, and Critics’ Choice Award.

We won't ever let go of this song. Watch the music video for #HoldMyHand by @LadyGaga from #TopGun: Maverick: https://t.co/147VQNeBRN

Paramount Pictures’ Top Gun: Maverick visits Pete “Maverick” Mitchell (Tom Cruise) after more than thirty years of service as one of the Navy’s top aviators. Maverick is where he belongs –pushing the envelope as a courageous test pilot and dodging the advancement in rank that would ground him. When he finds himself training a detachment of TOPGUN graduates for a specialized mission the likes of which no living pilot has ever seen, Maverick encounters Lt. Bradley Bradshaw (Miles Teller), call sign: “Rooster,” the son of Maverick’s late friend and Radar Intercept Officer Lt. Nick Bradshaw, aka “Goose.” Facing an uncertain future and confronting the ghosts of his past, Maverick is drawn into a confrontation with his own deepest fears, culminating in a mission that demands the ultimate sacrifice from those who will be chosen to fly it. The film also stars Jennifer Connelly, Jon Hamm, Glen Powell, Lewis Pullman, Charles Parnell, Bashir Salahuddin, Monica Barbaro, Jay Ellis, Danny Ramirez, Greg Tarzan Davis with Ed Harris and Val Kilmer.

Top Gun: Maverick is directed by Joseph Kosinski. Screenplay is written by Ehren Kruger, Eric Warren Singer and Christopher McQuarrie from a story penned by Peter Craig and Justin Marks. The film is slated for a May 27 theatrical release.