Rumours were rife that Zendaya is expecting her first child with beau Tom Holland. The buzz sparked off after a fan-made edit surfaced on social media. In the edit, an ultrasound picture was used in such a manner that it seemed as if it was shared by Zendaya on Instagram.

In no time, the fan-made edit went viral and caught the attention of Zendaya and Tom's fans. Now, putting an end to all the rumours, Zendaya set the record straight. On her Instagram stories, she reacted to the buzz and wrote, "See now, this is why I stay off Twitter. Just making stuff up for no reason... weekly." 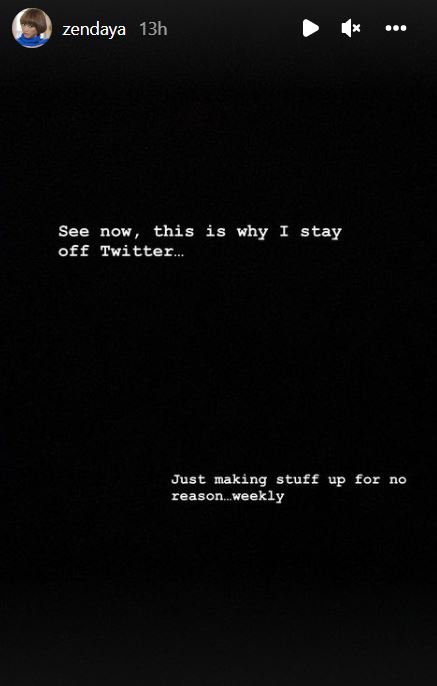 In case you missed the fan-made edit, take a look at it here:

This hit TikToK as a ki and now y’all in an uproar talking about Zendaya is pregnant Y’all have to stop. pic.twitter.com/U7qJp4ZZzk

Zendaya and Tom's relationship was confirmed in 2021. The couple was clicked by photographers when they were sharing a passionate kiss inside Tom's car. The actors shared the screen space in Spider-Man: No Way Home.