Advertisement
HomeHOLLYWOODNews‘10 out of 10 of the Hot 100??? I am in shambles,’ says Taylor Swift as she creates history in claiming every spot in the Top 10 of the Billboard Hot 100 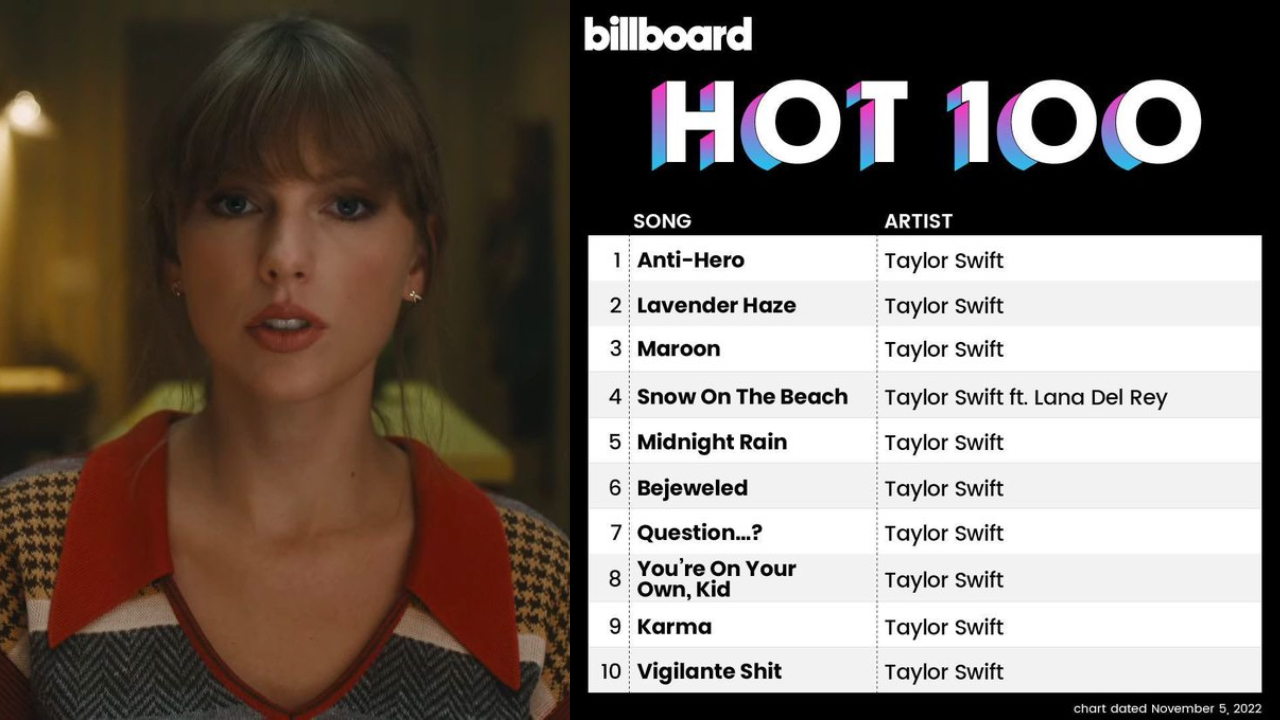 Taylor Swift has just created history. On October 31, Billboard revealed that the singer has become the first artist to claim every spot on the Top 10 of the Billboard Hot 100 after the release of her 10th album Midnights. The only artist to join her on the list was Lana Del Rey, who collaborated with Swift on the track Snow on the Beach.

The number one spot on the list was claimed by Midnights’ lead singer, Anti-Hero, followed by Lavender Haze, Maroon, Snow on the Beach and Midnight Rain. They claimed the No.2, 3, 4 and 5 spot respectively. Bejeweled, Question...? and You’re On Your Own, Kid brought up the middle by claiming No.6, 7 and 8 respectively. On the other hand, No.9 and No.10 spots went to Karma and Vigilante Sh*t.

As per Billboard, Drake previously held the record for being the artist with the most songs in the Top 10 of the Hot 100 in a single week. In September 2021, when the rapper dropped his sixth studio album, Certified Lover Boy, nine songs from his record made it to the Top 10.

Midnights was eagerly anticipated as Swift’s last two albums of entirely original new music Folklore and Evermore came out in 2020. The singer used indie folk and alt-pop in it but returned to classic pop sound in Midnights. Midnights is Swift’s first new album after 2020, save for her “Taylor’s Version” re-releases of Fearless and Red.