Around a year ago, actor Arjun Rampal shook the nation with the news of separation with wife, model Mehr Jessia. Soon after, Arjun made headlines for outings with a South African model, Gabriella Demetriades. Arjun recently shared the news of Gabriella's pregnancy and delighted his fans with the decision of embracing parenthood once again. On April 30, that's merely a few days post the announcement, Arjun was clicked by our shutterbugs in the city, outside a bank with Mehr. Despite seen together, the pictures mirror the differences between them as they maintained a distance from each other as they were seen heading towards their respective cars. Take a look at the pictures here. 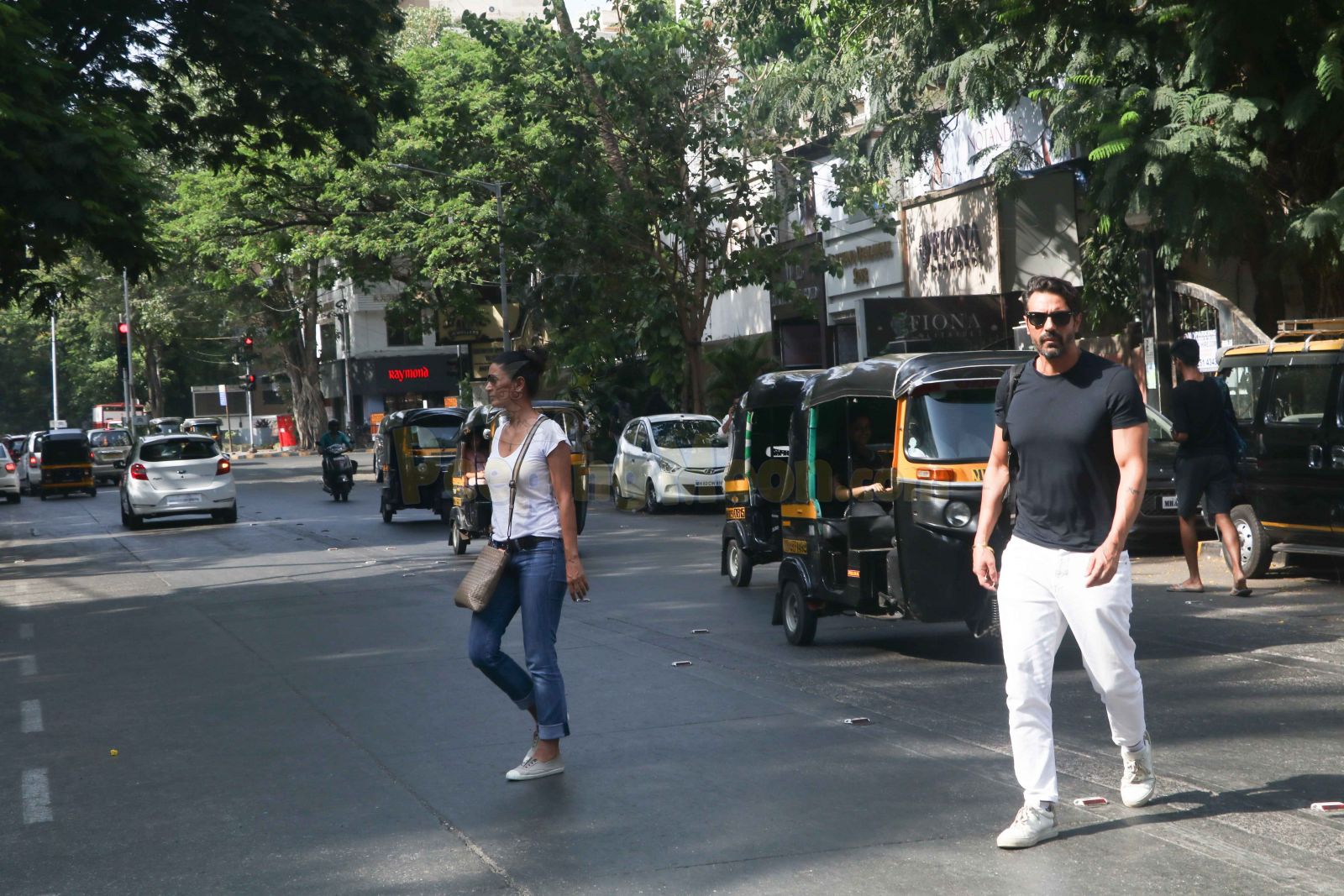 Arjun is a parent to Mahiraa and Myra, who stay with their mother Mehr. Mahiraa is an aspiring actor and will be soon making her debut on the digital platform. However, Arjun has maintained a cordial relationship with the girls and is seen taking them out for film screening and dinners in the city.