Nearly five months after lockdown due to Coronavirus pandemic, Akshay Kumar, Vaani Kapoor, Huma Qureshi and Lara Dutta are all set to begin the shoot of their much-awaited espionage thriller Bell Bottom. Directed by Ranjit M Tewari, it is the first Bollywood film to go on floors amid the pandemic. The team of Bell Bottom will be flying to the UK. They were clicked by our shutterbugs at the airport. As per reports, a chartered flight for nearly 115 people has been booked.

Akshay, dressed in grey, was clicked at the airport. 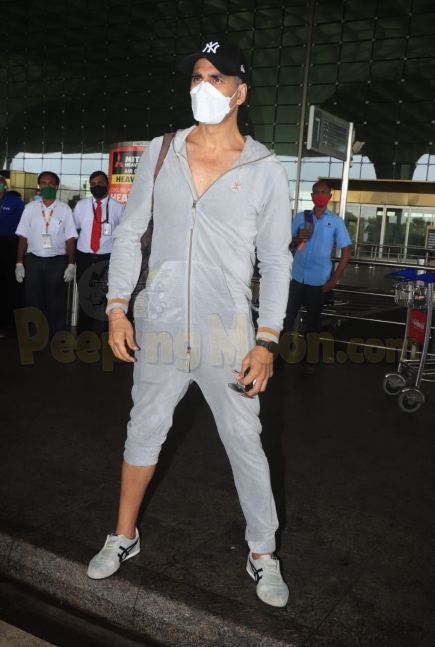 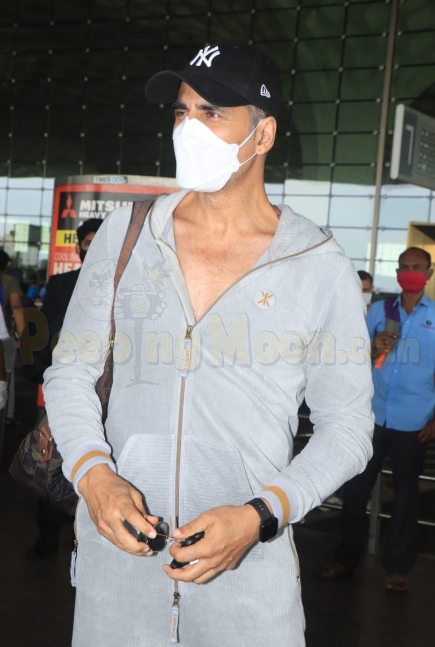 Lara was accompanied by her husband Mahesh Bhupathi and their daughter Saira Bhupathi. 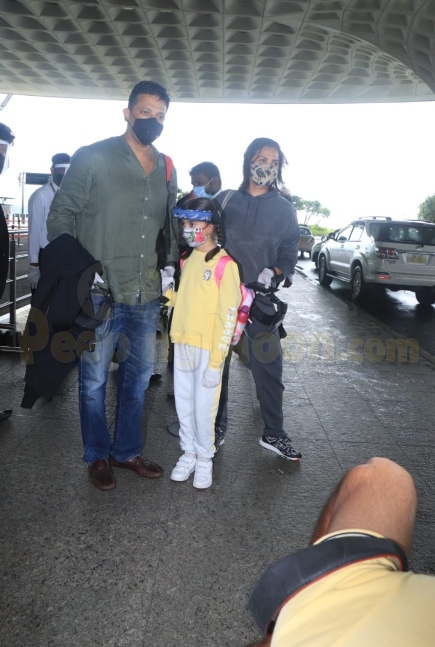 Wearing masks and face shields, the family was spotted at the airport. 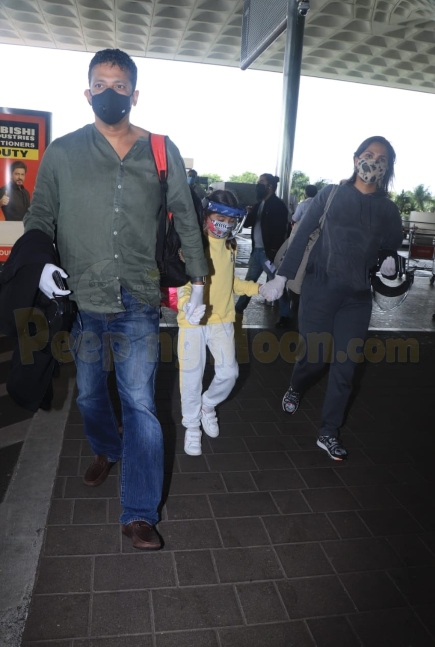 Recommended Read: Akshay Kumar's and Vaani Kapoor's Bell Bottom to go on floors in the UK in August

Huma was clicked at the airport. 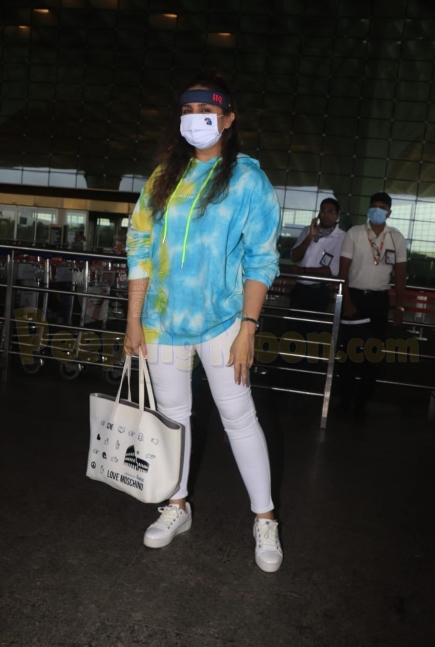 The actress opted for a casual blue tee and white pants. 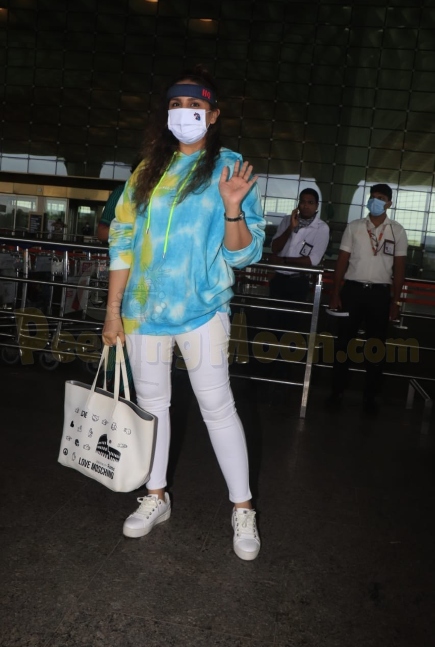 Wearing a face shield and mask, Huma posed for the cameras happily. 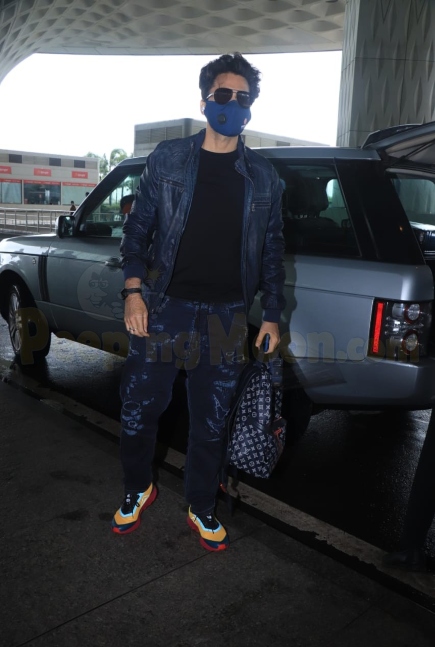 Jackky Bhagnani, the producer of Bell Bottom joined the team at the airport. 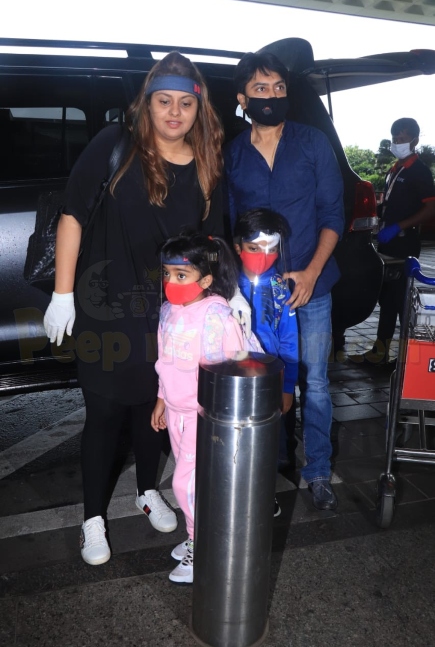 Deepshikha Deshmukh, sister of Jackky and producer, was accompanied by her husband, Dheeraj Deshmukh and children.

Speaking of Bell Bottom, reports suggest that Akshay plays the role of a spy and Vaani is his wife. It is produced by Jackky Bhagnani's, Vashu Bhagnani's and Deepshikha Deshmukh's Pooja Entertainment in association with Emmay Entertainment. The story written by Aseem Arora and Pervez Shaikh is said to be inspired by true events.

Sana Khan makes her first public appearance in burqa since her wedding with Anas Sayied, waves at paparazzi