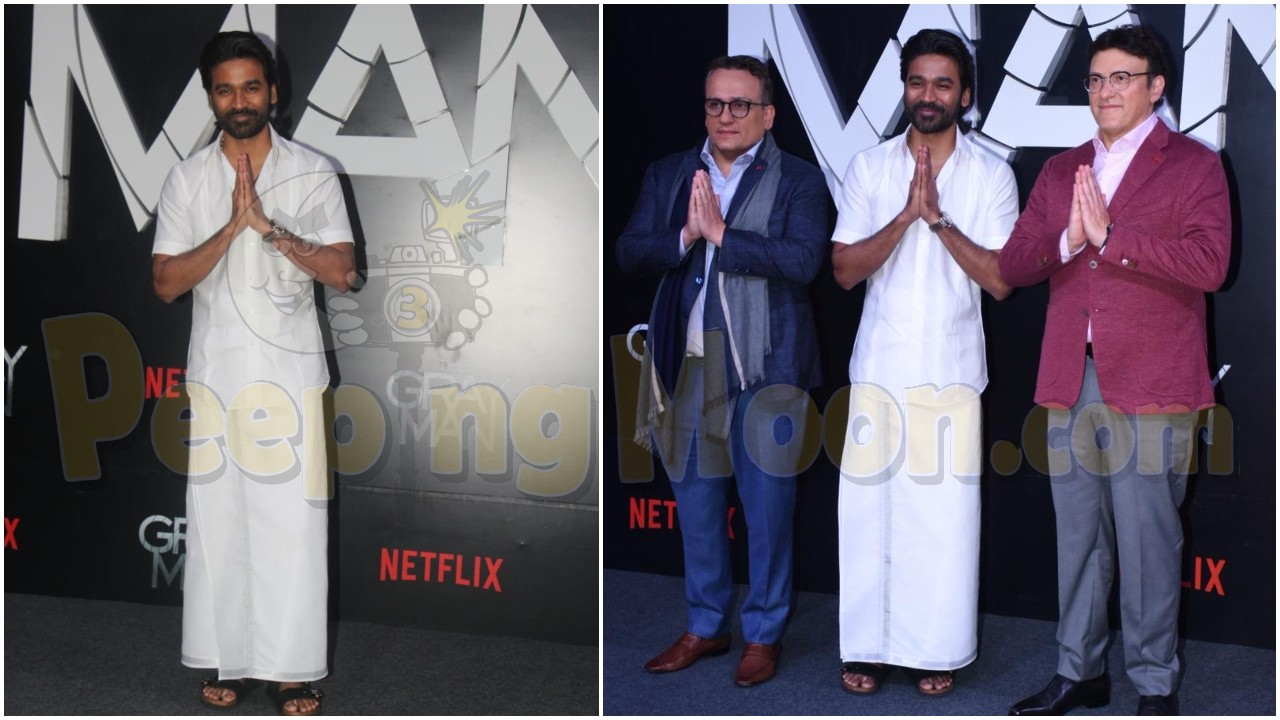 Dhanush supremacy all the way! That's how fans reacted when the actor ditched the typical formal suited-up look for the premiere of The Gray Man in Mumbai. Instead, he made his fellow Tamizhans proud by wearing a traditional Veshti and a simple white shirt.

Dhanush attended the premiere of The Gray Man with Russo Brothers- Joe and Anthony in Mumbai on Wednesday. 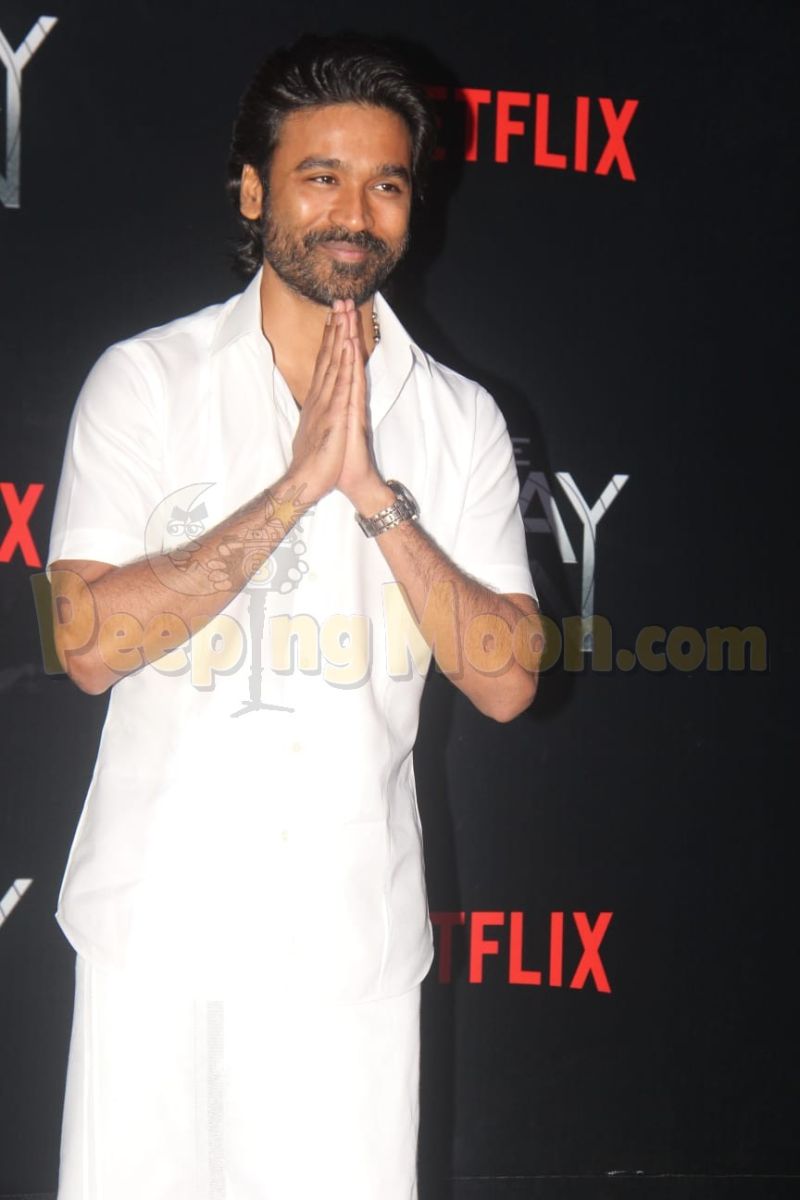 Recommended Read: Dhanush and Joe Russo arrive in India for The Gray Man’s special premiere and promotions, clicked at airport

Posing for the paparazzi with the directors of the Netflix film, the actor garnered much appreciation for paying homage to his cultural roots. 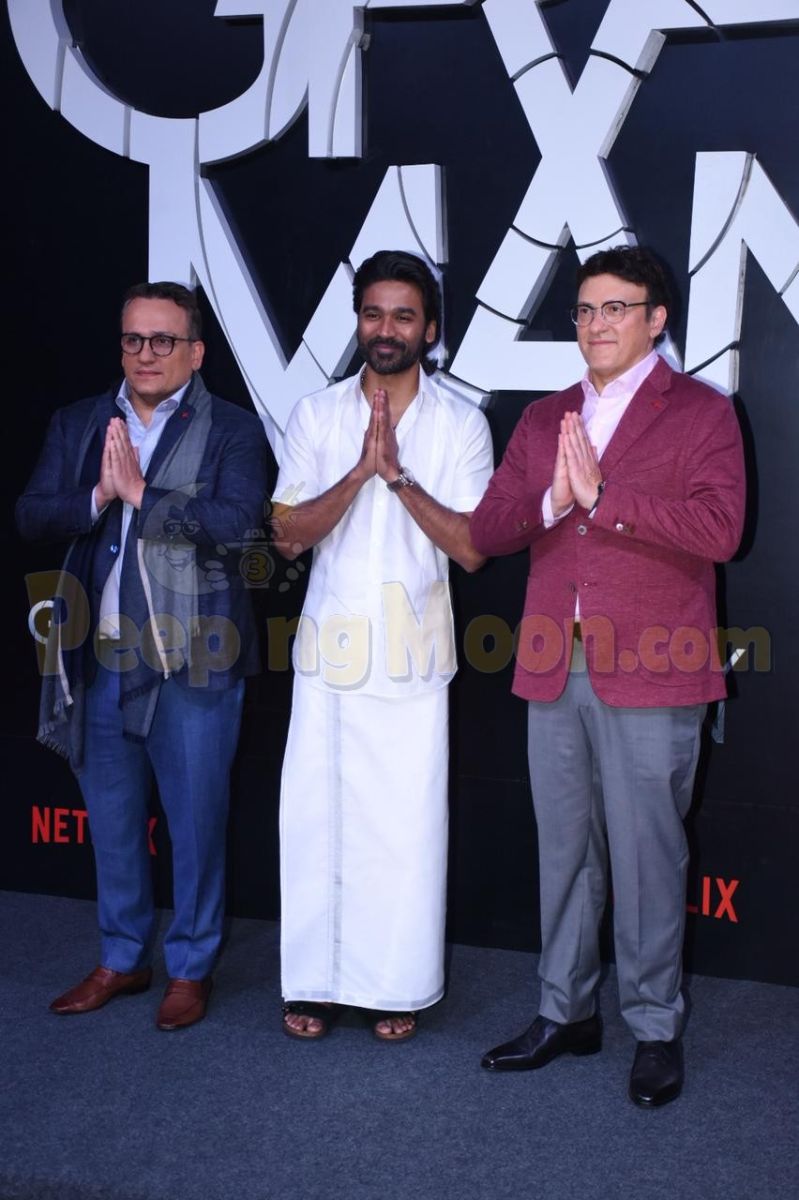 Flashing a happy smile, Dhanush greeted the media with a namaste. 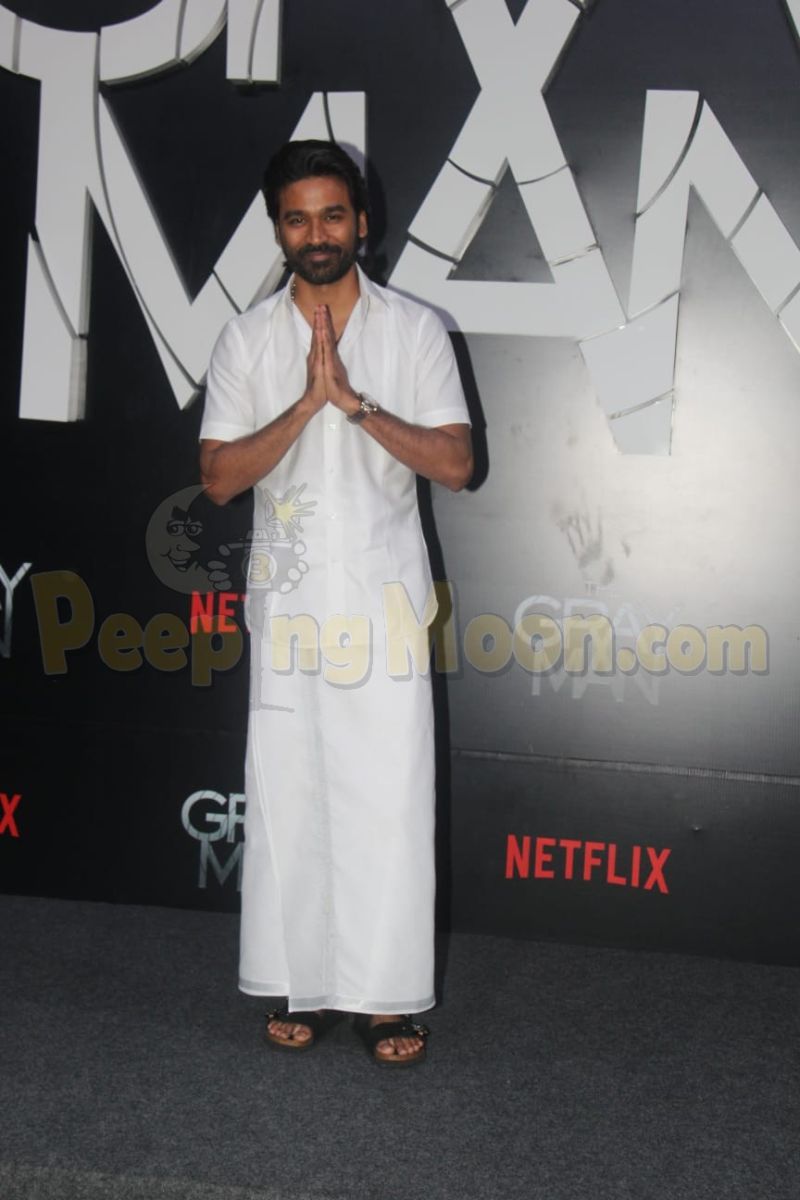 He has a cameo in the film.