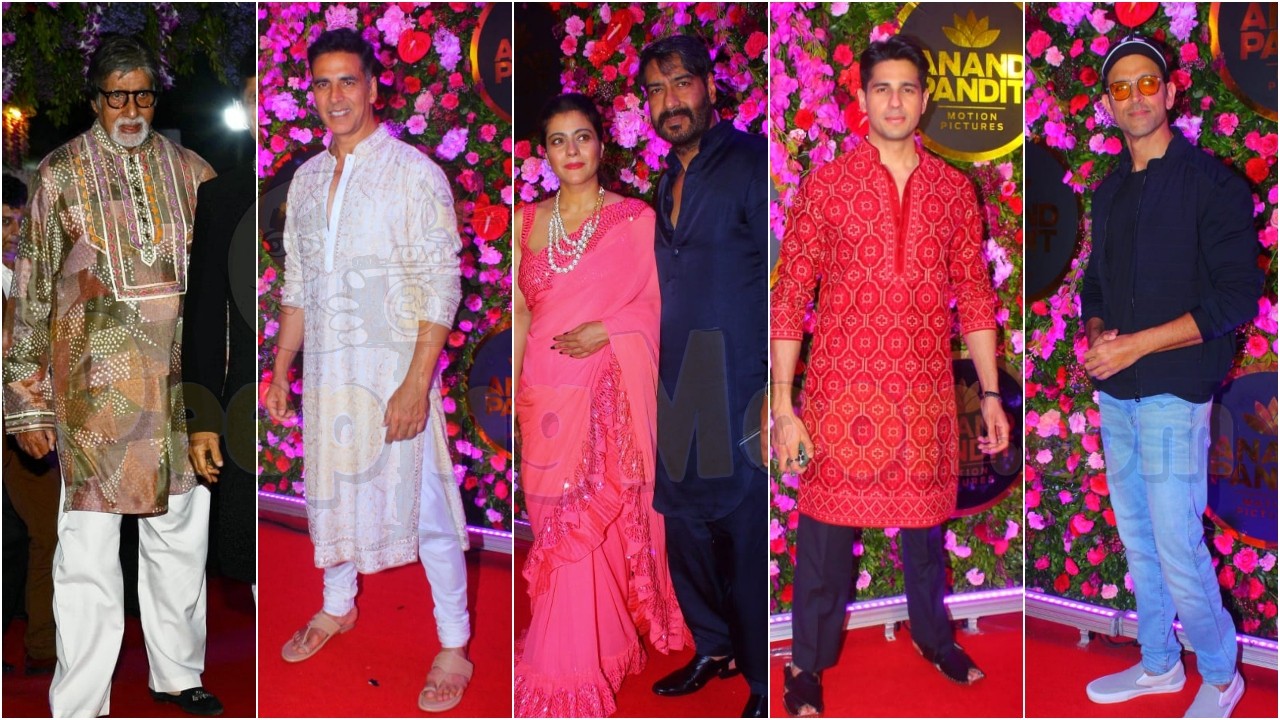 Producer Anand Pandit hosted a Diwali party for B-Towners on Saturday evening. The who's who of the industry were in attendance. From Amitabh Bachchan, Akshay Kumar, Hrithik Roshan to Taapsee Pannu, Sidharth Malhotra and Aditi Rao Hydari, stars graced the party.

Mr Bachchan made a rare appearance at the Diwali party. He was dressed in ethnic outfit and was all smiles on meeting Anand.

Akshay Kumar was dressed in white for the party. He posed for the cameras happily. The superstar is gearing up for the release of his upcoming film Ram Setu.

Ajay Devgn and Kajol were a sight to behold. The actress wore a pink saree whereas the actor was in kurta-pyjama.

Hrithik Roshan was in attendance. He kept it casual at the Diwali party.