Advertisement
HomePHOTOSPAPARAZZIPriyanka Chopra Jonas gets mobbed at Mumbai airport as she returns home after 3 years; Akshay Kumar back in the bay

Priyanka Chopra Jonas gets mobbed at Mumbai airport as she returns home after 3 years; Akshay Kumar back in the bay 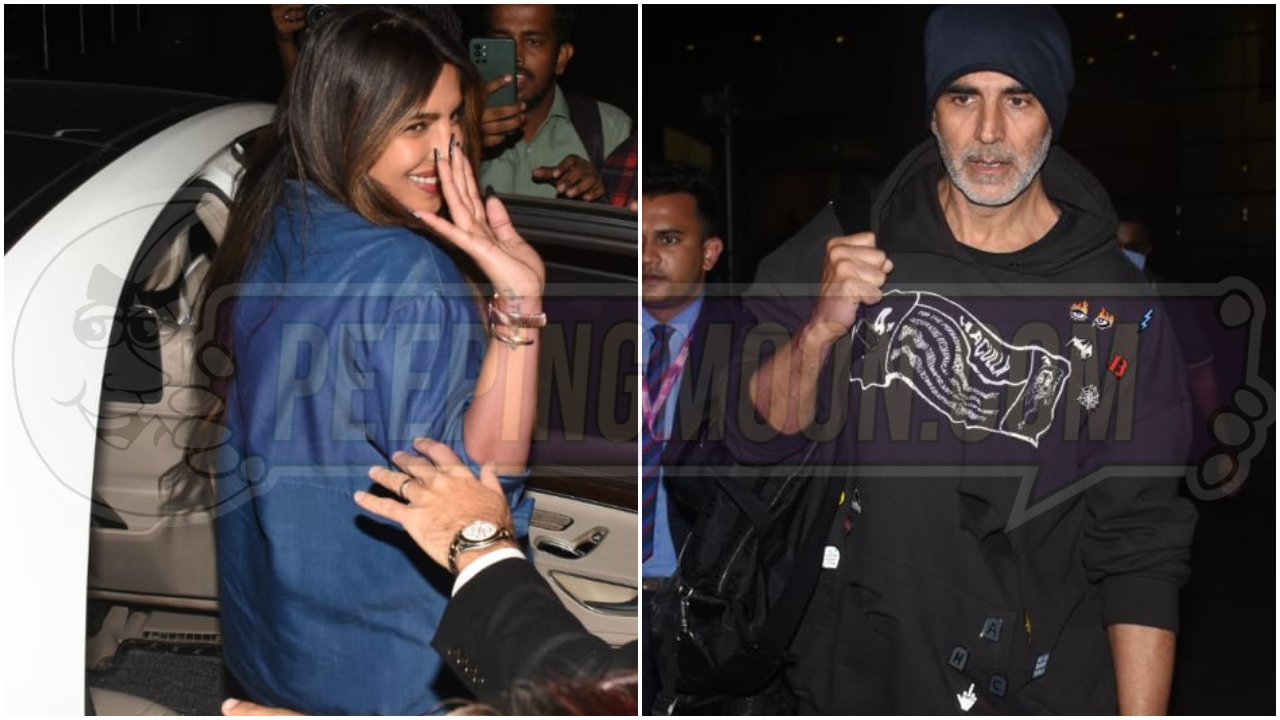 It was a busy Monday evening at the airport. Several celebrities were spotted by the shutterbugs as they landed in the city. The happening evening was captured by the paparazzi who were positioned at the airport.

Priyanka Chopra Jonas returned to Mumbai after almost 3 years. The actress was seen dressed in a denim outfit and had a happy smile on her face. She made her way through a sea of people at the airport. It is Priyanka's first visit to Mumbai after the arrival of her daughter Malti Marie Chopra Jonas.

Akshay Kumar was spotted at the airport too. The superstar returned to Mumbai last evening. He was seen dressed in casuals.