The digital platform, in the last few years, has become one of the most preferred space to let out content without constraints. From horror to thriller and even rom-com, the digital zone has a lot of offer. And considering this freedom of creativity, several television and film stars have resorted to web projects showcase their talent with a bit of modern twist. Now, as 2019 is coming to an end, we took a look down the web show lanes and saw some fantastic performances by our leading men which we decided to share with all our readers.

So sit back and take a look at the actors who wowed us in these 12 months:

Arjun Mathur: Made In Heaven 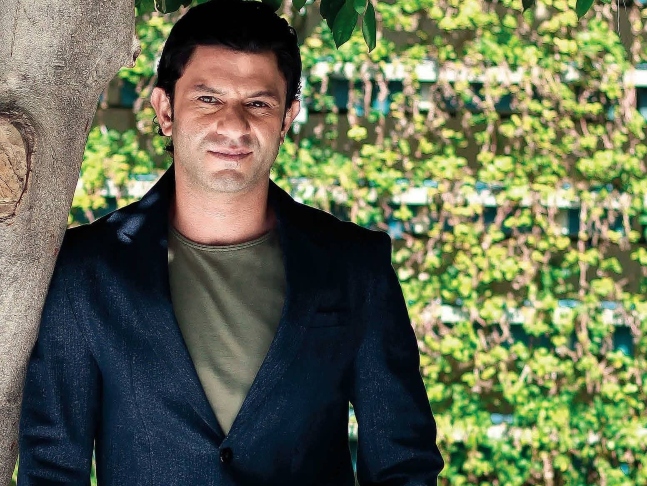 Made In Heaven, which revolves around the festivities of weddings and intricacies of relationships, finds its protagonist in Arjun Mathur. As Karan, a gay who is battling it against social odds to achieve a degree of recognition, Arjun deserves a round of applause for pulling off a complex and emotional challenging character with ease. 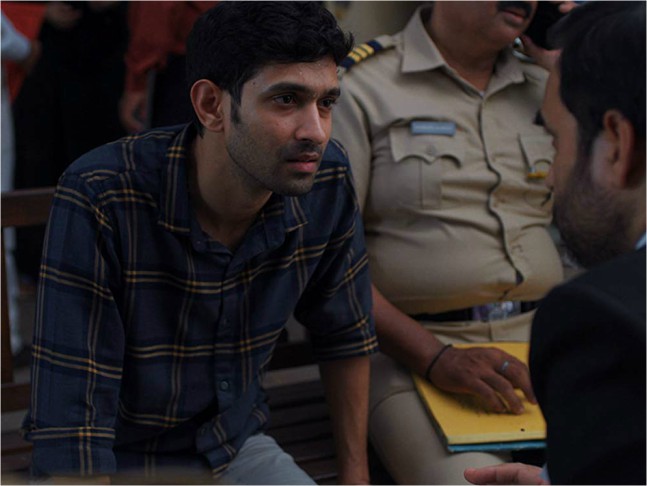 In a murder thriller titled Criminal Justice which is adapted from Peter Moffat's TV series by the same name, Vikrant, as Aditya Sharma, a cab driver, is wonderful. His partner in one-night stand gets murdered, and what follows is a stormy journey with ups and downs, in an effort to seek justice. Vikrant can be easily called the heart and soul of the show and anchors it well with the rest of the ensemble. 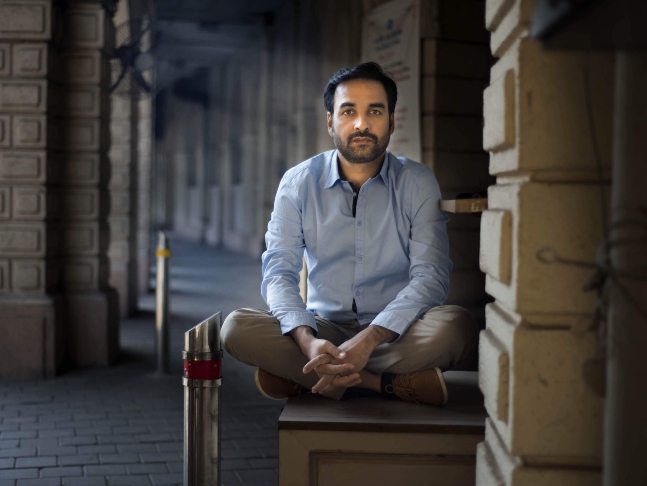 The show Criminal Justice also starred Pankaj Tripathi in an important role. As Madhav Mishra, an advocate, the actor owns each scene he appears in. He maintains a grip with a balance of cynicism, tenderness, and grit till the end and leaves us stunned. Pankaj also accounts for the much-needed comic relief as he deals with his ever-itching eczema. 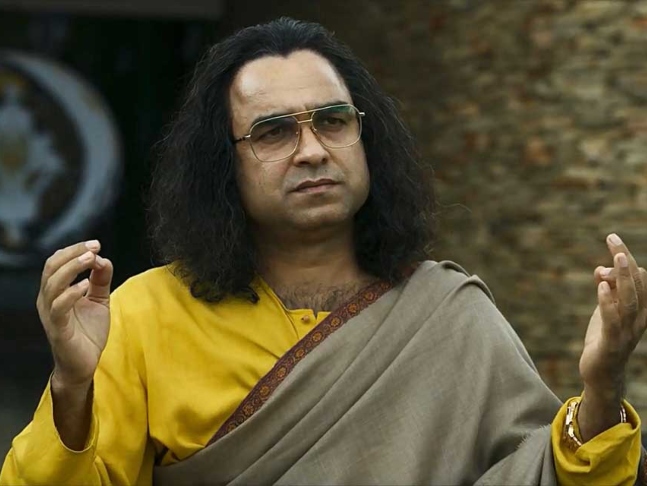 As the third father to Nawazuddin Siddiqui’s Ganesh Gaitonde, Pankaj in Sacred Games 2 spells nothing but cruel. From preaching sex, life, and radioactivity with a very calm demeanour and a saint-like vibe, Pankaj portrays menace with his expressions and mannerisms. Alas, we wanted more of 'Guriji', the character which was said to be loosely based on late Rajnish Osho! In the thriller titled Hostages, Ronit plays the role of a cop turned kidnapper Prithvi. After having essayed a number of complex characters in his previous ventures, Hostages stands witness to one of the finest performances belted out by Ronit in his vastly spread career.

Abhay Deol stepped into the digital forum with the light-hearted Chopsticks. As Mr. Artist, a thief who can open locks by listening to its ‘heartbeat’, Abhay renders an endearing performance and is worth taking notice. Abhay is charming and uplifts the show. With humour in abundance, the actor proves that we need more of him in the near future. 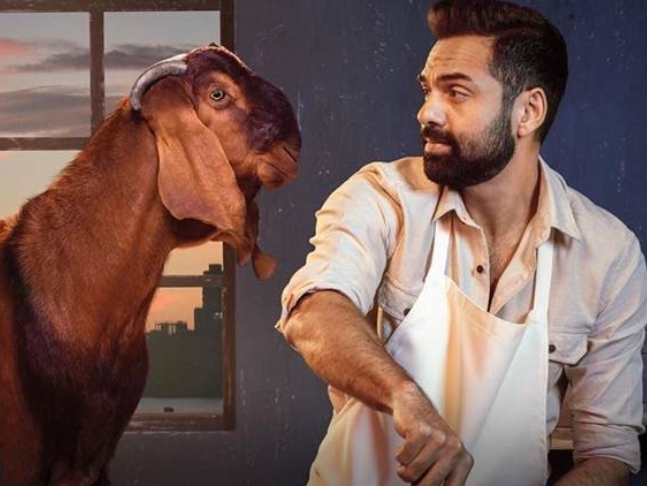 Mohit Raina in Kaafir is indeed a perfect fit. Mohit, with Kaafir has elevated his career graph to another high. As a journalist and lawyer, who lost his brother to a militant, Mohit's Vedant sets off on an emotional journey to seek justice for Dia Mirza's character Kainaaz. The actor belted out a significant performance with a touch of loneliness in his eyes. Marking himself as a dependable actor to watch out for, Mohit lives the life of a flawed yet beautifully etched character, battling the pangs on love and sympathy, in equal measures. 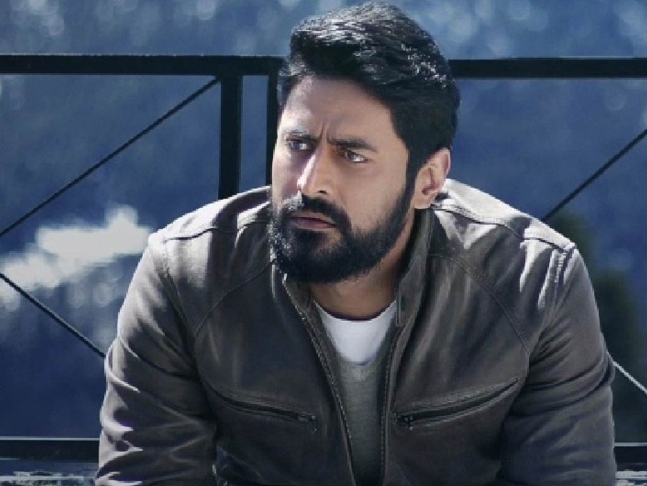 Nawazuddin Siddiqui took the digital zone by storm with his power-packed performance of Ganesh Gaitonde in Sacred Games (2018). His character transformed drastically in comparison to the first season in Sacred Games 2, which traces the tale of the underbelly of crime, and makes for a compelling flashback story to 'Apun Hi Bhagwan' character. Nawazuddin as Ganesh Gaitonde is a character that is worth a spin-off in itself. 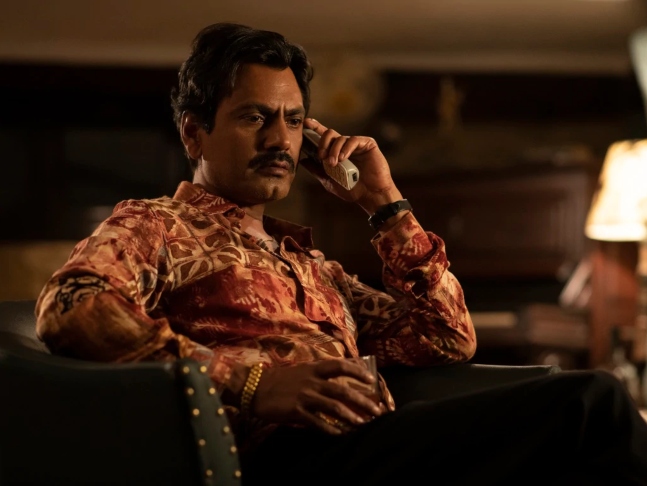 In a thriller titled Barot House, Amit Sadh, around whom the entire film revolves, sets the tone for the rest of the watch right in the first frame itself. Gritty, sharp and bang on, Amit is especially outstanding as a grieving father who is fighting his own demons inside and figuring out a solution to the untimely and mysterious deaths of his daughters. 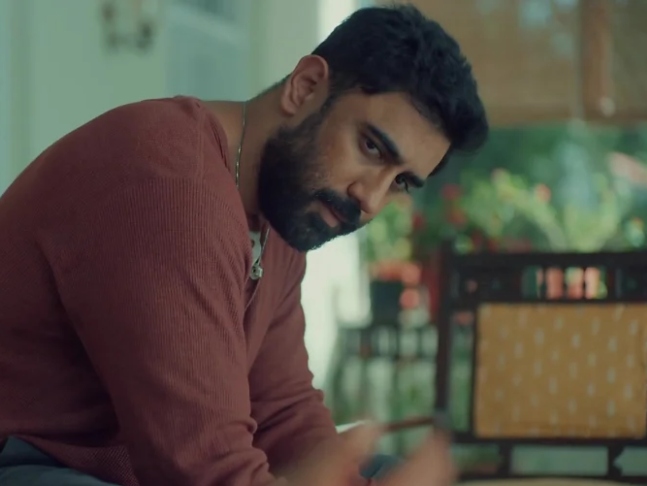 As Vikram, in Coldd Lassi Aur Chicken Masala a hot Rajeev Khandelwal is like cold lassi, who adds a unique flavour to the show, making it delectable, lovable and worth binging. Speaking of Rajeev’s character, the actor slips into the role of an easy-going brat and then moves on to become a professional Michelin star chef with a dash of arrogance, adding layers to the character that has been enacted with honesty. 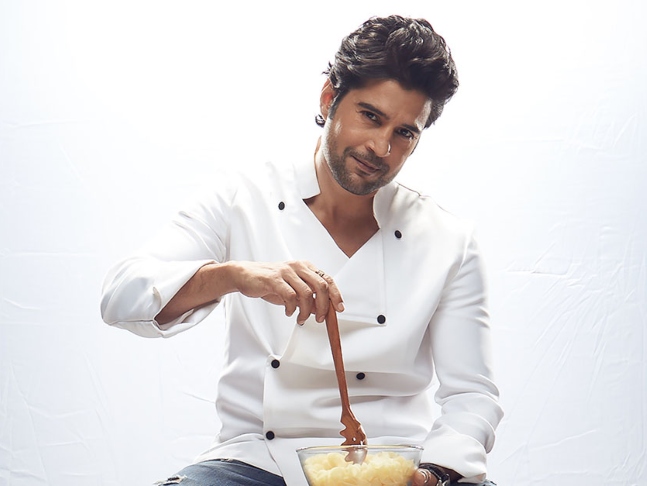 Handsome and desirable, Ravi Dubey is the best ‘jamai’ any household could ever get. As Siddharth Sharma, ‘joker’ at DD aka Durga Devi’s club, Ravi has upped the benchmark for other thriller web series in the future. With an intention that goes beyond making love to Nia Sharma’s Roshni, Ravi brings on his A-game in the sequel of his television daily titled Jamai Raja. Going the extra mile, Ravi adds to the excitement by stepping behind the mic to record a version of the show's title track Rubaru. 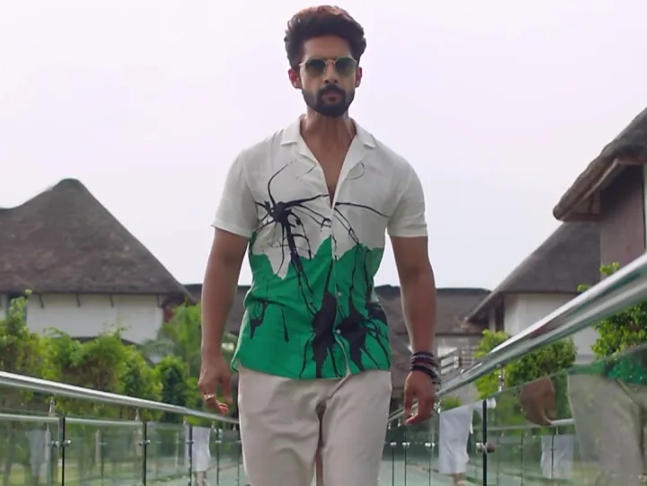 After displaying his mettle in films, Manoj Bajpayee took the digital platform by storm as a middle-class officer of the elite T.A.S.C force in The Family Man. Staying true to the title of the show, Manoj is shown balancing his dual lives that is Srikant Tiwari, a typical middle-class father and the other of a top-notch intelligence officer. With dashes of humour with dialogues like ‘Dacaiti daal dete ho tum log’ when his children reach the billing counter for payment and moments to the point when he spies on his wife and daughter with the help of T.A.S.C tracking application, Manoj dives into the deep of his role. Boom! 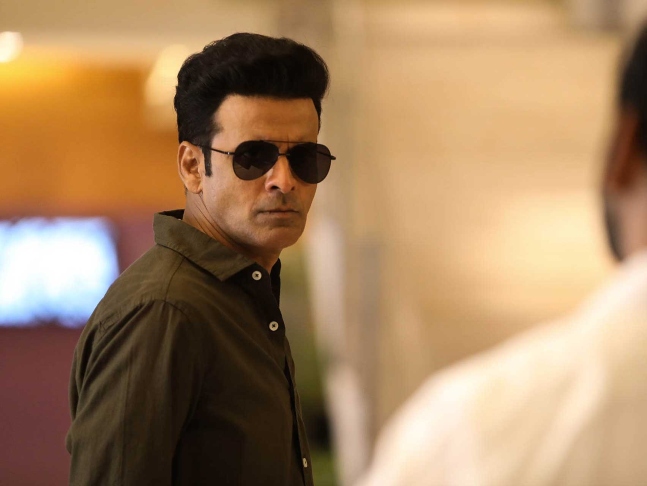 Sumeet Vyas resorted to a more mature and intense character of late lawyer Ram Jethmalani in The Verdict: State V/S Nanavati. As a veteran lawyer, the actor gives a performance worth remembering. It was indeed quite refreshing to watch Sumeet transform from a young lawyer to a 96-year-old experienced personality, considering he is prominently known for his younger, Gen-Y roles on OTT platforms. 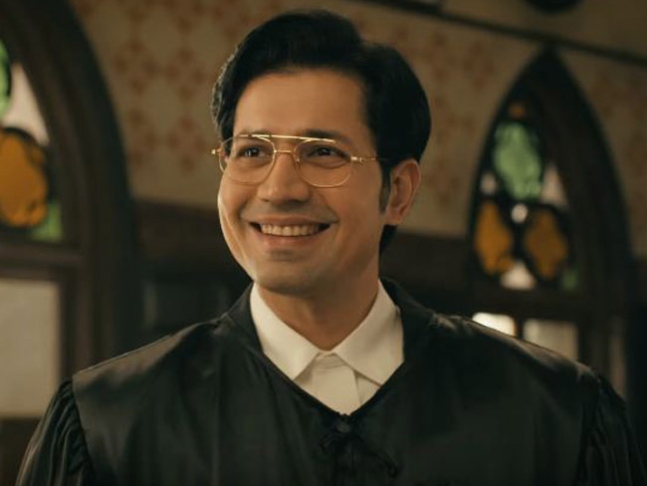 In a show like Inside Edge 2, which focuses on the politics behind cricket and delves deeper into the dark corners of one the nation's most beloved sports, Vivek Oberoi is impressive and allows his swag and dialogues to do the talking. Vivek as Vikrant Dhawan, the owner of one of the world's leading sports management companies, is the mastermind who lurks in the shadows and strikes gold! As the street-smart Arvind Vashishth, Angad Bedi is the frontrunner of the cricket politicals web show Inside Edge 2. He holds the fort in the role of an ex-International cricket, the former captain of Mumbai Mavericks and the current leader of Haryana Hurricanes. Angad's Arvind is pitted against Vayu Raghavan, a hot-headed captain of Mumbai Mavericks. Not straight forward, but Angad's character leaves behind an impact,  as he puts in some solid work and is a stable performer. 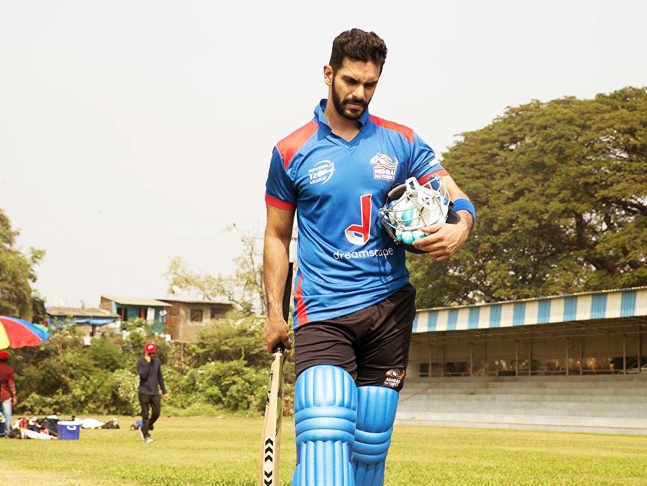 Jitendra Kumar as Jeetu Bhaiya wows with his honest performance in Kota Factory which revolves around the education quality in the city of Kota in Rajasthan. As a teacher and mentor to students appearing for competitive exams, Jitendra reinforces that value behind glossy advertisements, the education system can still be trusted. A physics teacher to students of Prodigy class, Jitendra is simply brilliant in his role and all we wished is to get a teacher like him in our lives. It won’t be wrong to say Dhruv Sehgal has injected life into the character of Dhruv Vats in Little Things 3 with Mithila Palkar. Although flawed and temperamental, the actor is lovable and relatable which makes it even more special. Going through adulthood and ageing at a faster speed crisis, Dhruv conveys his feelings in the most natural way and is a scene-stealer. 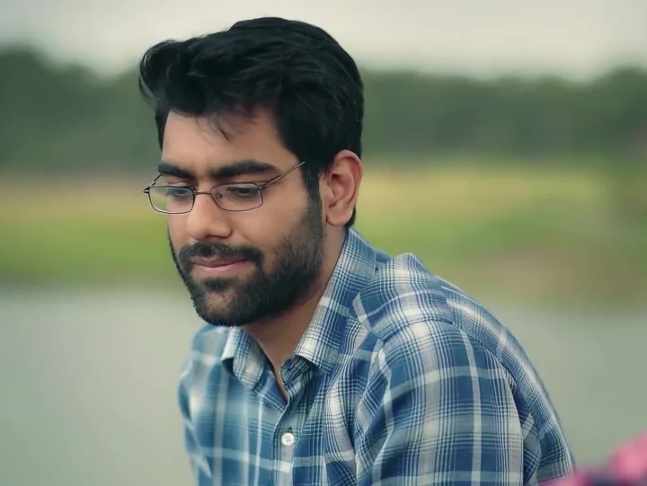 Endearing, sweet and all things lovable, Ram Kapoor injects life into every scene he appears in Karrle Tu Bhi Mohabbat Season 3 with Sakshi Tanwar. As a brutal, heartless and alcoholic Karan Khanna, Ram is in his best element and does wonders for the show while adding his own personal Punjabi touch. A perfectionist indeed, three times in a row! 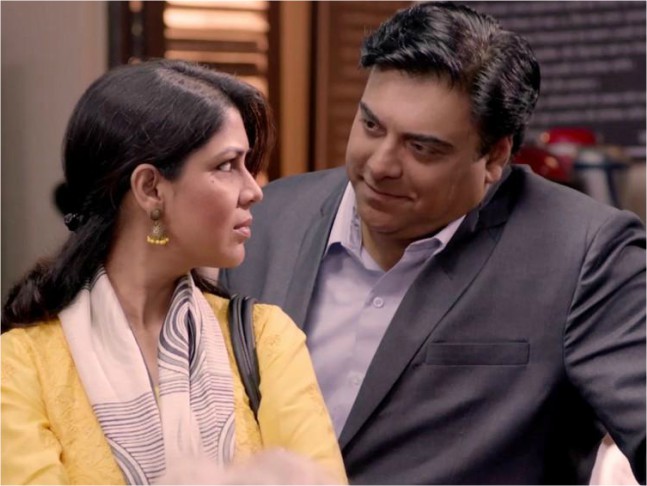 Shashank Arora: Made in Heaven

It's a blockbuster baby! And that's what Shashank Arora accounts for along with an ensemble cast. As Kabir Basrai, an omnipresent photographer, Shashank is as relatable as possible. He is fun and lightens up the screen with his appearance instantly. Matured yet child-like, Shashank's Kabir is lovable. From showing his vulnerable side when with Shivani Raghuvanshi's Jazz, to maintaining a balance and contrast in his behaviour, Shashank stands out in his own flavour. 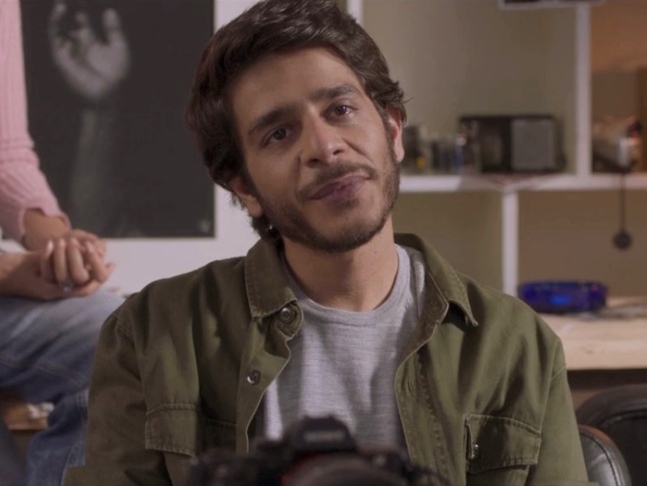 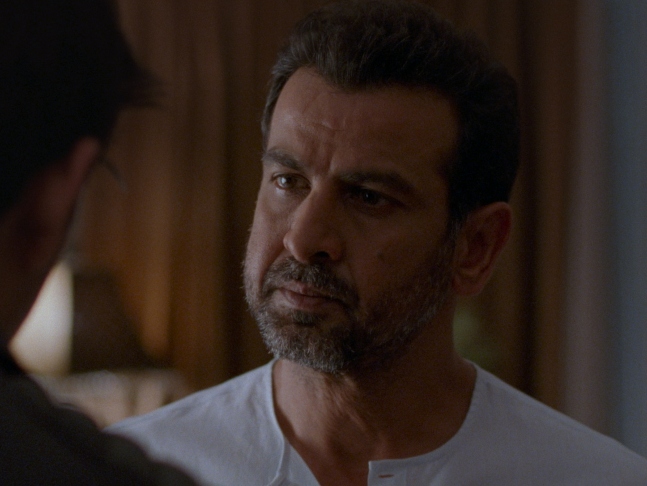 Ronit, in the web film titled Line of Descent, does a splendid job as always. As Prithvi, his silences speak louder than words. With a piercing gaze, Ronit is the good one amongst the goons of a family. His calmness and demeanour is the saving grace of the show and there isn’t a denial. 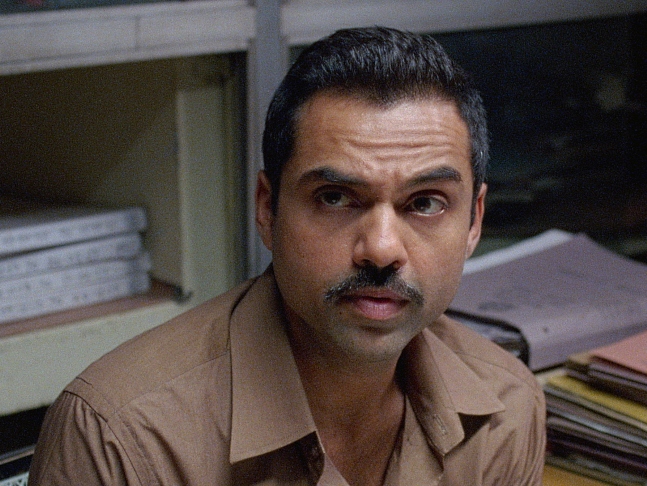 This thriller brings out an intense side of Abhay, whom we absolutely loved. A masterpiece performance that came from the enactment of an honest cop Raghav is worth appreciating.

2019 was a great year for web series and other content, and 2020 promises to be even better!

Valentine's Day 2021: Look at 'Made In Heaven' jodis of Bollywood thro

From The Editor's Desk: Rajiv Kapoor was cut out to be a star, but Bollywood didn’t happen

PeepingMoon 2020: Alia Bhatt-Ranbir Kapoor to Varun Dhawan-Natasha Dalal, B-town couples who are planning to seal the deal in 2021