2020, you may agree, has been different and difficult from the past years in a whole lot of ways, but even a pandemic cannot take away from the joys of parenthood and pregnancy. This year, some of the country's most loved TV couples have grown their families by one, or are just on the brink of it. With our social media feeds over the past few months brimming with baby announcements, now is as good a time as any to get you up to speed. Get ready for a strong dose of cuteness.

That feeling when a little bundle of joy comes into this world, in your life is truly unmatched and we would all agree to that. Experiencing parenthood is one of the best things one can enjoy in life. From Anita Hassanandani-Rohit Reddy to Nakuul Mehta-Jankee Parekh, several couples have only good news to share this year. How many babies can you count? 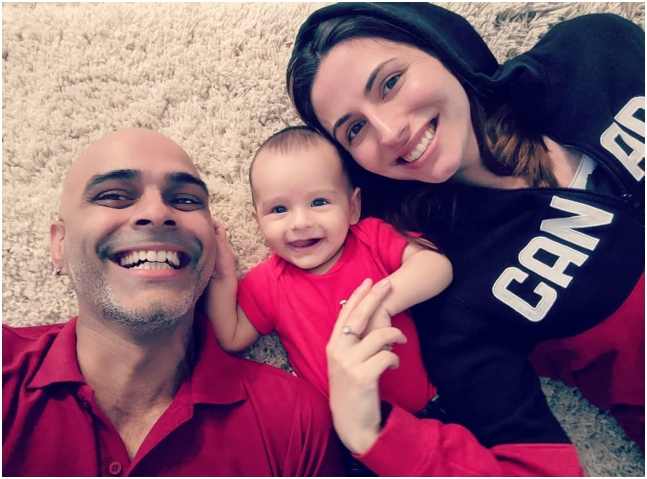 The year 2020 kickstarted on a happy note as on January 6, Raghu Ram of Roadies fame and wife singer Natalie Di Luccio welcomed a baby boy. The couple named their son Rhythm. Raghu had revealed back in January that wife Natalie opted for a water birth with hypnobirthing techniques. Raghu had announced Natalie’s pregnancy last year with an adorable post. He had shared a picture where he was holding Natalie's baby bump while the singer was holding a pair of little blue shoes in her hand. Raghu and Natalie Di Luccio tied the knot in December 2018 in a private ceremony in Goa. 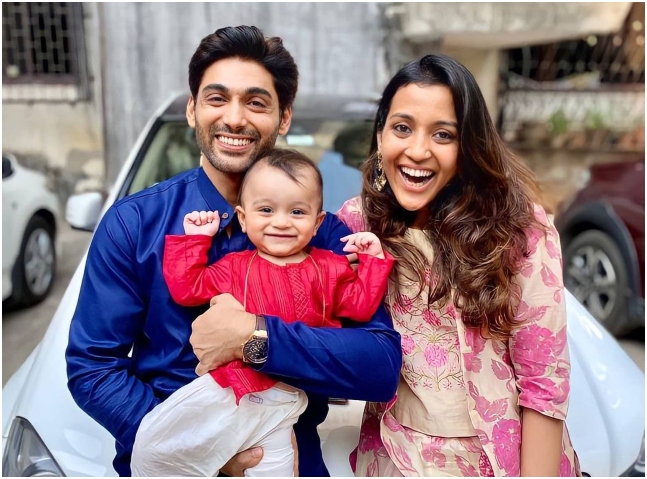 Just a few days into the first lockdown on March 26, Ruslaan Mumtaz and his wife Nirali Mehta welcomed their first child, a baby boy, at Saifee Hospital in Mumbai. The actor took to Instagram to share pictures of his newborn son, amid the “gloom and doom” of the coronavirus lockdown. Ruslaan keeps sharing a glimpse of his little one every now and then. After being in a relationship for several years, Ruslaan and Nirali tied the knot in 2014. They announced that they were expecting their first child in an Instagram post in February. The most awaited baby in the telly world was that of actors Smriti Khanna and Gautam Gupta. On April 15, the couple became proud parents to a baby girl. To announce the arrival of their daughter, Smriti had posted a family picture and had captioned it as "Our princess has arrived 15.04.2020." It was only two weeks after the birth of their baby girl, Smriti had finally shared the first picture of Anayka on her handle, after teasing her fans with the glimpses. The couple worked in the TV serial Meri Aashiqui Tum Se Hi and later got married in 2017.

It was a joyous moment for the couple and their fans but Smriti's pregnancy wasn't easy. Just a few days after delivering her baby girl, Smriti was mercilessly trolled for losing all her pregnancy weight so fast and being fit again. Some users claimed she did not take care of her baby and only concentrated on her body. This badly affected the new mommy after which she spoke about postpartum depression and her motherhood journey. Smriti talked about the importance of educating a woman on breastfeeding, pregnancy and postpartum depression as the latter is a big thing but yet not much spoken about in India. Smriti has now dedicated a page to her daughter Anayka on which she often shares photos and videos of their adorable moments together. 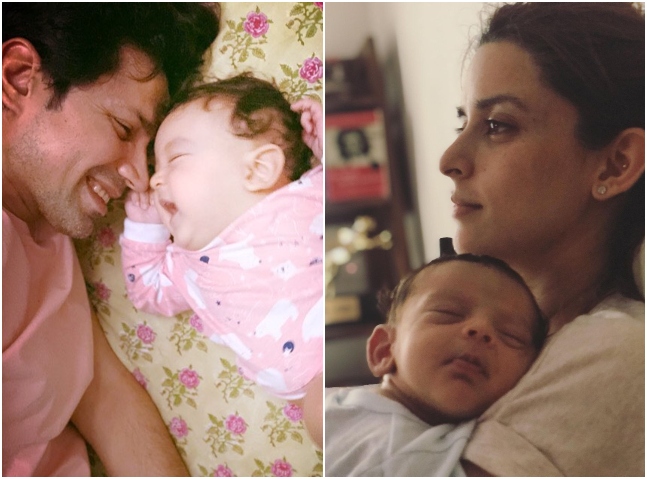 On June 4, actors Sumeet Vyas and Ekta Kaul welcomed their baby boy in the middle of the pandemic. The couple named their newborn Ved. The Permanent Roommates actor took to Twitter to share the news, saying, "It's a boy. Shall be called Ved. Mamma and Daddy are acting cliche... Smothering the child every few minutes." Ekta, who had tied the knot with Vyas in 2018, announced her pregnancy in April with a post on Instagram. Sumeet had announced Ekta's pregnancy earlier this year with a super romantic post. The actor keeps sharing sneak peeks from his parental diaries and treating his fans with inside photos from his journey with the newborn.
Shikha Singh Shah and Karan Shah 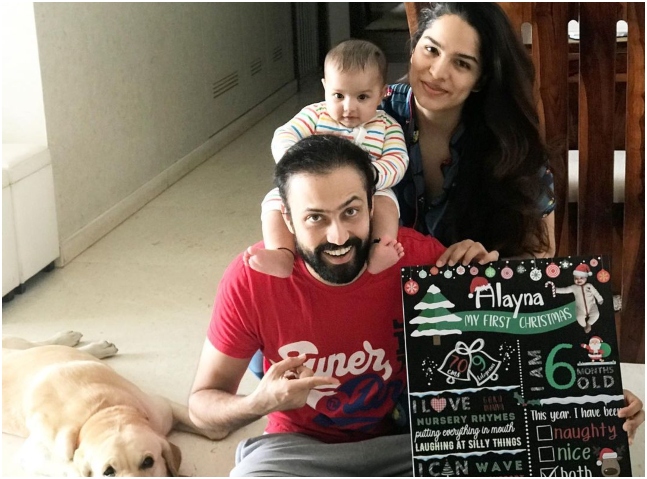 On June 17, Kumkum Bhagya actress Shikha Singh Shah welcomed home her first child with her pilot husband Karan Shah. The couple named the newborn baby girl Alayna Singh Shah. Talking about her baby girl, Shikha said that she was excited about the newest addition to her family and could not wait to get home with Karan and the baby. The couple is also parents to a labrador pet named Goku. Shikha and Karan got married in 2016. The actress announced her pregnancy a few weeks before her delivery in an Instagram post. Recently, they celebrated baby Alayna's 6-month birthday. On October 9, TV couple Puja Banerjee and husband Kunal Verma got blessed with a baby boy. Puja delivered her child at a hospital in Mumbai. Puja Banerjee had quit Jag Janani Maa Vaishnodevi in May this year. Many were guessing that Puja quit the show as she was pregnant but the actress had cited personal reasons. The couple shared the good news of being pregnant in August. Puja and Kunal had a court wedding in March and were going to tie the knot in a traditional wedding ceremony on April 15, 2020. However, due to the lockdown, they cancelled their traditional wedding ceremony and donated the money to the needy. 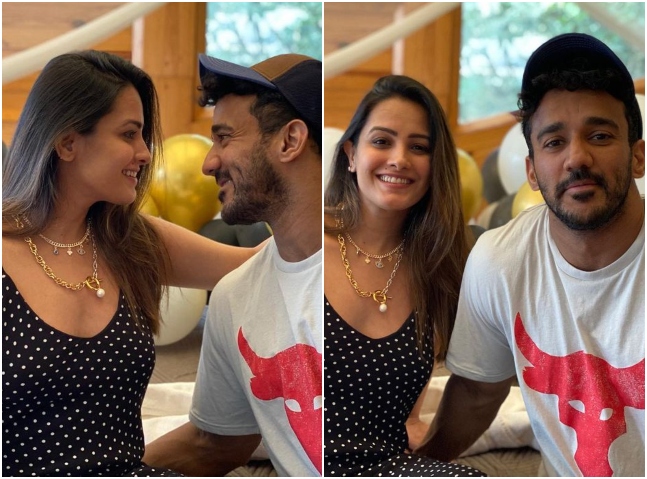 The most awaited announcement of the year was definitely that of Anita Hassanandani's pregnancy. On October 10, Anita and her husband Rohit Reddy announced her pregnancy with an adorable video on Instagram. Anita shared a video where the couple portrayed their journey through courtship, wedding and pregnancy. Anita, who earlier talked about planning a baby soon, sparked pregnancy rumours after a cryptic post about two cute babies in March this year. Before that, there were rumours that Anita and Rohit are planning a baby through surrogacy. However, she had later rubbished the rumours. Anita and Rohit tied the knot in 2013. 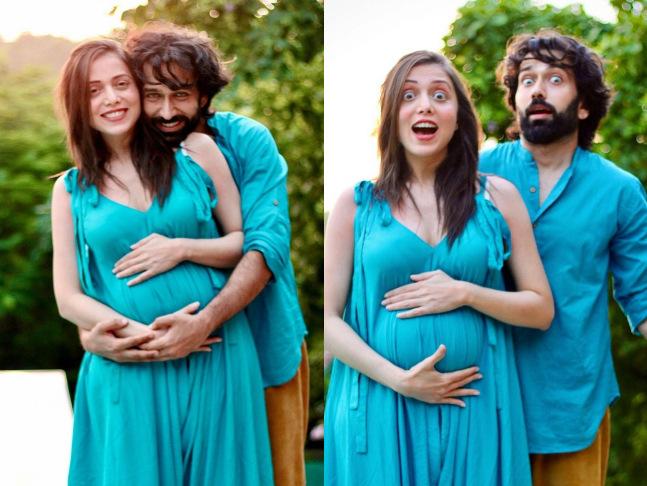 On November 7, 2020 television actor Nakuul Mehta and his wife Jankee Parekh announced her pregnancy with a special video and a bunch of photos. The video includes throwback photos of the couple along with photos where Jankee is flaunting her baby bump. Nakuul even shared pictures of the special moments when Jankee shared the good news with Nakuul that he is going to be a daddy. One of the most loved actors on television, Nakuul's big announcement with his wife Jankee came as a pleasant surprise to all his fans.  Nakuul and Jankee tied the knot on January 28, 2012. While Nakuul is an actor, Jankee is a voice-over artist, a stage performer and a singer. The two are childhood friends. 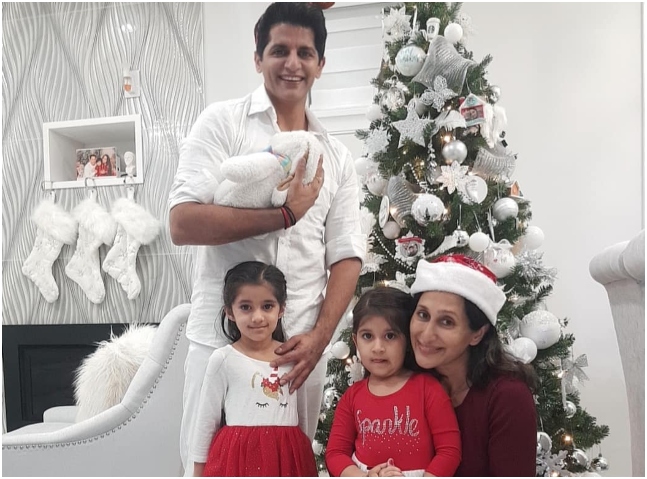 On August 28, Karanvir Bohra and Teejay Sidhu gave a pleasant surprise to all their fans as they announced the latter's pregnancy. On December 21, it was a happy day for the couple as the couple welcomed their third baby girl. In 2016, Teejay had given birth to twin girls - Raya Bella and Vienna Bohra. It was raining happiness in the Sidhu-Bohra clan as Teejay-KV welcomed their third child. In an interview, Karanvir and Teejay had talked about their feeling of embracing parenthood for the second time and welcoming a baby girl for the third time. Childhood sweethearts, KV and Teejay had married each other in 2006. 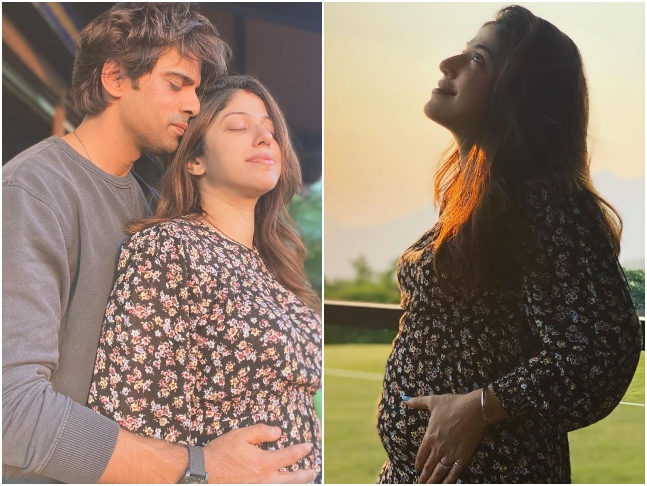 Mohit Malik and Aditi Malik are all set to enter the new phase of their lives as they are expecting their first child together. The baby is due in May next year. The couple took to social media to announce the news with their fans. Mohit and Aditi met on the sets of Banoo Main Teri Dulhan. After dating for a few months, they tied the knot in December 2010. The last and the most special announcement of the year was made on December 22. Over the years, Mohit and Aditi spoke about their wish of having a child. However, it was only 10 years after their marriage that they got a chance to enter the blissful phase of parenthood.