You cannot keep a fantastic actress away from scripts that do justice to her talent she brings through with her performance. When the year started, we were hoping to watch some amazing films orbiting around the female characters. And, we weren't disappointed, thanks to the web shows!

In 2020, as the world was fighting with COVID-19, web show makers and actresses waged war on stereotypical female characters and delivered results that set the benchmark high for the future. Be it Sushmita Sen’s mind-blowing OTT debut as Aarya in Ram Madhvani’s crime-thriller of the same name or women of Mirzapur 2 hitting back at patriarchy with grace, we saw it all.

Now, as 2020 is coming to an end, let’s revisit some of the best and strongest women characters written for the web that stood out and shattered the glass ceiling.

Reeling under the weight of social standards of physical beauty, Sumukhi Suresh made Pushpavalli humane and relatable. Sumukhi, with sheer ease, made her character vengeful but also took care to not make it venomous. She carried the highly entertaining comedy as its problematic lead with finesse and there can’t be anyone better than her to pull it off so effortlessly. While bringing out shades of a true-blue stalker who is insecure and manipulative, Sumukhi showed nothing superficial and that’s what made her an instant hit. 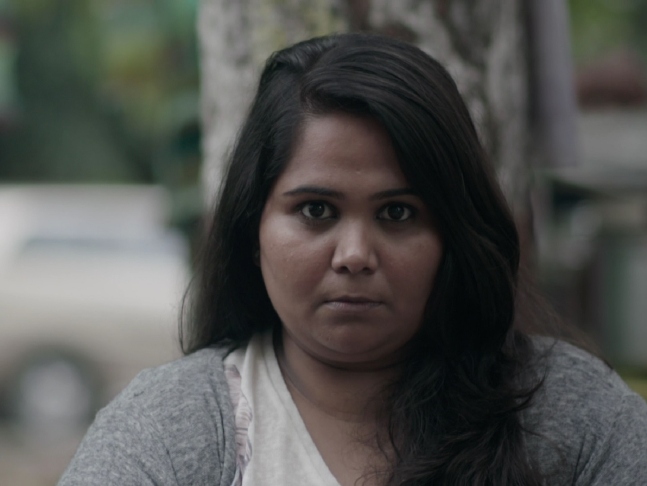 Why should boys have all the fun? This catchline is apt for the super stunning group of girls comprising Maanvi Gagroo, Kirti Kulhari, Sayani Gupta and Bani J. The awesome foursome showed the middle finger to patriarchy with their swag and we absolutely loved it! Let’s make it crystal clear that Four More Shots Please 2 isn’t the other show that is glamorous on the surface with no substance. It’s far beyond the gloss and glamour.

Kirti, Bani, Sayani and Maanvi refused to hide their flaws as Anjana, Umang, Damini and Siddhi. They fall in love, fail in love, learn from experiences and own every bit of their success and mistakes. Trendsetters in many ways, the four actresses made the reel look real in terms of emotions and problems. Their on-screen ‘flaws’ made the show flawless. Way to go girls! 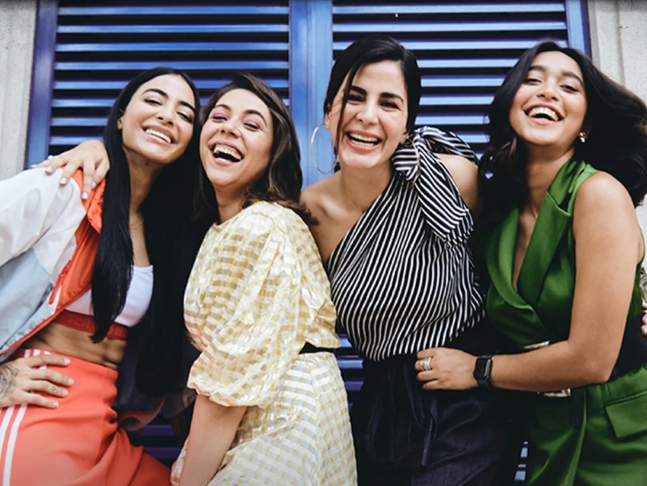 “Pehle dhandha mard sambhalte the, ab bache nahi,” a heavy-weight dialogue like this was pulled off by none other than the epitome of grace Sushmita Sen. It was hard to digest the fact that Aarya was Sushmita’s debut film after taking a decade-long break from acting. Indeed, she is aging in reverse and still has a command over her screen presence. Sushmita delivered a killer performance as a mother of three who takes charge of her husband’s opium business after he was mysteriously shot dead. Sushmita channeled her inner Durga and showed all she is the sherni Bollywood needs. Shedding her skin like a chameleon, Sushmita effortlessly transformed into a bootlegger, but without letting her character Aarya’s maternal instincts suffer. Special mention to the ease with which she stuns in glamorous gowns and corporate looks. Swara Bhasker played the role of ACP Radha Nautiyal of the Anti-Human Trafficking Unit. The actress, in her character, was badass and also showcased her lesser-seen side by performing daredevilry action stunts. In a quest to unearth murky secrets, she came across as a no-nonsense cop. A Swara Bhasker show throughout, the actress put to use her experience and how! 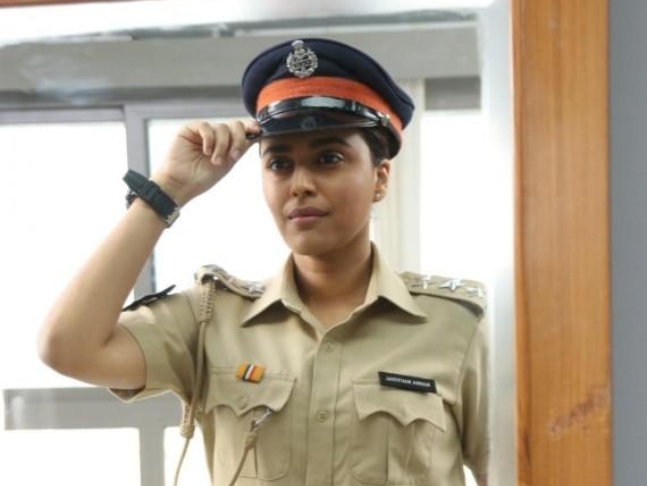 Let’s put it this way, Masaba Gupta was this year’s biggest surprise on the OTT. Being the daughter of the supremely talented Neena Gupta, Masaba, though a fashion designer, has got her mother’s acting genes. In a fictionalised tale based on her own life, Masaba is shown to be vulnerable seeking emotional support from her mother while managing her own store with her chin up. Masaba, the actress, has excelled in all departments. We think she should pursue acting along with her label.

In Masaba Masaba, the fashion doyenne is just one side of the coin. The other is her National Award-winning actress mother Neena. At times, it was really difficult to differentiate between her reel self and real personality. What a delight she was! 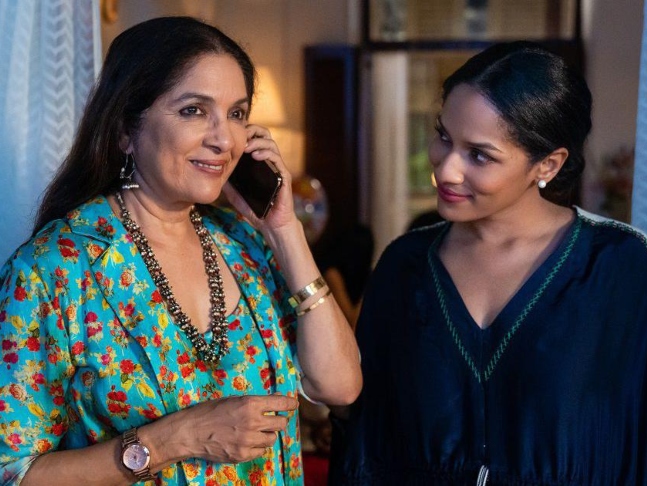 Shreya Dhanwanthary got a meaty role in a tale focused on the male protagonist. As Sucheta Dalal, the journalist, the actress was believable and made all sit up and take notice of her performance. She effortlessly transformed into a journalist who aimed to dig out the details of the biggest scam of the time and unravelled the nexus between Indian and foreign banks, financial institutions, etc. Shreya aka Sucheta was a treat and added much gravitas to a captivating story. 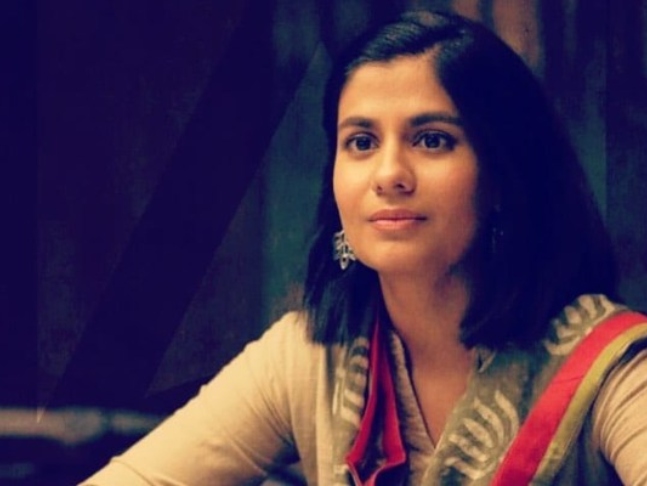 Mirzapur 2 allowed its women to take the centre stage. Beena Tripathi, played by the wonderful Rasika Dugal, is toughened by circumstances. After dealing with the existing patriarchy in the household, Beena took things in her control and ruled. Striking and feisty every time on screen, Rasika was one of the most fascinating actresses in the series.

New entrant Isha Talwar played the role of Madhuri Yadav, a widow politician who then marries Divyenndu’s Munna Tripathi. She was earnest and brought fresh flavours to the show with natural ease. She easily transformed into a doting wife from a strong-headed politician. Shedding all the cuteness with which she won hearts in the first season, Shweta Tripathi Sharma picked up a gun and went all blazing at her enemies. Avenging her sister Sweety and most-loved man Bablu’s death was Golu’s only mission and the actress played it with conviction.

Unbelievably beautiful and graceful, that’s how one can describe Tabu in A Suitable Boy. While the show opened to a mixed response, Tabu cast her magic with her classy performance as Saaeda Bai uplifted the series and her chemistry with Ishaan Khatter was the highlight. 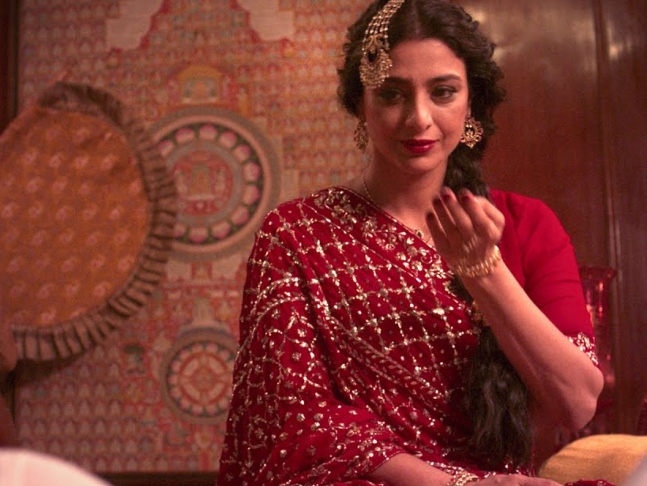 This year, we saw Karisma Kapoor make her web debut in Ekta Kapoor’s Mentalhood. In the role of Meira Sharma, Karisma represented every young mother who has to nurture her kids and make them tough to face unavoidable obstacles that come across in life. Karisma looked beautiful and did justice to her character. 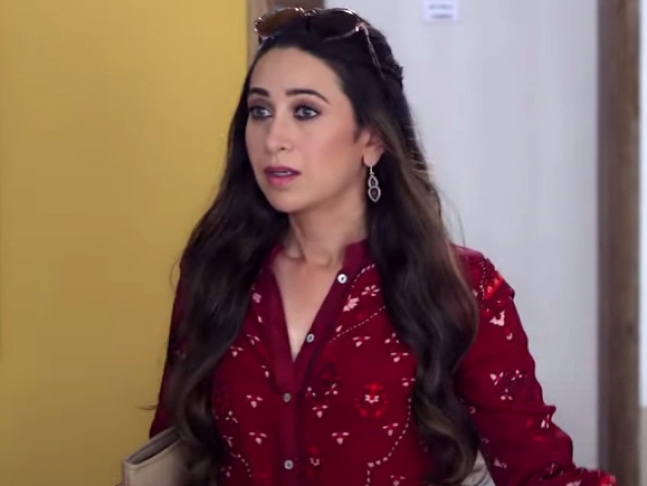 Disha Parmar shares a closeup selfie wearing sindoor, reiterates the fact that wearing the married woman’s symbol is ‘her choice’