Ajay Devgn's Chanakya does not seem to be starting anytime soon. The project is hanging in the balance with no development on the production front even after 40 months of its announcement. Contrary to the expectations, this ambitious project based on the incredible life and teachings of Chanakya — the greatest political leader, philosopher, economist, and royal advisor from ancient Indian history — is not going on floors even in the first quarter of next year.

The makers are still figuring out the right time to start the film and evaluating that constantly in terms of the demands of the project. They are planning to start and finish it within a given period without getting stuck in between because of the scale and the nature of the project. Sources say Devgn, Pandey, and the Reliance Entertainment team will soon discuss the films' shooting plan.

Meanwhile, Ajay Devgn is gearing up to begin the final schedule of Maidan this month and will follow that with Drishyam 2 remake. I heard he will then shoot for one more South film remake and then head to Rohit Shetty's Singham 3. Neeraj Pandey, on the other hand, is currently busy with his production banner Friday Filmworks that has five projects in various stages of production. He's simultaneously also prepping for his next feature directorial.

Aparshakti Khurana is slowly and steadily upping his game. After playing brothers and friends to other stars for years, the junior Khurana is now selecting projects that star him in the solo lead. His first solo film Helmet might not have received favourable reviews but that hasn't stopped filmmakers from approaching him for lead roles. Industry sources say Khurana has signed his second solo film with Zee Studios. It's a comedy and will be directed by Atul Sabharwal who's previously helmed thriller dramas Aurangzeb (2013) and Class of 83 (2020).

Khurana will begin shooting for this film sometime in February next year. Before that, he will complete Vikramaditya Motwane's Amazon Prime series, Stardust — a period drama exploring the clash between two Bollywood superstars. The show, also starring Aditi Rao Hydari and Prosenjit Chatterjee is a fictional take on the Indian film industry set during 1947 and 1989. Khurana will also be seen in T-Series' suspense thriller, Dhokha, and Dharma Productions' Govinda Naam Mera that stars Vicky Kaushal, Bhumi Pednekar, and Kiara Advani in the lead roles.

Manoj Bajpayee And Konkona Sensharma Are Working Together

Manoj Bajpayee and Konkona Sensharma received the Best Actors' awards recently at this year's most prestigious Asian Academy Creative Awards. While Bajpayee was awarded for his performance in Amazon Prime Video's second season of The Family Man, Sharma earned it for her portrayal in the Netflix anthology, Ajeeb Daastaans. Now, one hears the two power-packed performers are collaborating on an exciting project. Sources say Bajpayee and Sensharma are coming together for Abhishek Chaubey's next Netflix series.

The yet-untitled show is a black comedy set in South India and features an ensemble cast comprising a mix of both North and South Indian actors. Apart from Manoj Bajpayee and Konkona Sensharma, it also stars Anula Navlekar, Kishore Kadam, and South Indian veteran actors Nassar and Sayaji Shinde in pivotal roles. The show has completed its production and will premiere sometime next year on Netflix India.

Music School is a 12-song musical about the pressure of the unimaginative education system on children to mug equations and aim only to become doctors or engineers, leaving no time for arts or sports. Envisaged to drive home the impact of arts in the lives of pupils, the film also features three songs from the Hollywood classic The Sound of Music. Broadway choreographer Adam Murray is on board for the choreography while Kiran Deohans, renowned for his work in Jodhaa Akbar is doing the cinematography. 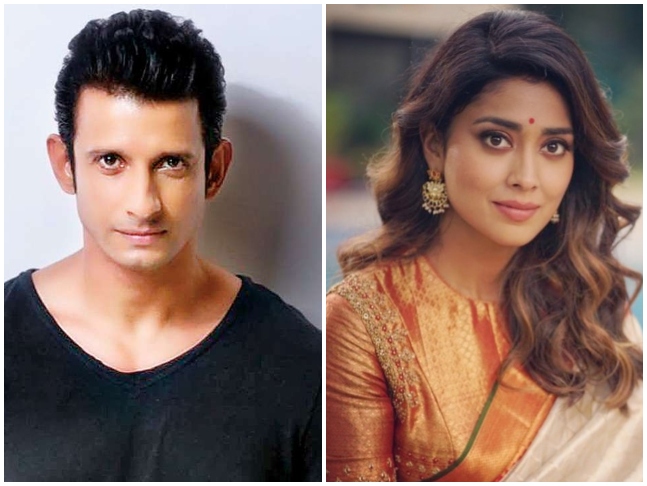