Now, as we say goodbye to 2021, let's take a quick look at the newsmakers of television who hit headlines for their personal and professional lives. Be it Shehnaaz Gill making noise for her jaw-dropping transformation, Karan Kundrra for his love life or cold war on the set of Anupamaa, meet the newsmakers of this year.

A king, a charmer, a protective son and a heartthrob. That's who Sidharth Shukla was. After winning Bigg Boss 13, Sidharth gained immense popularity and was an idol for all his young fans. As he had just started enjoying his newly found success and made a promise to keep entertaining people, the actor passed away on September 2 due to a massive cardiac arrest. What followed was a media circus. The extensive and insensitive coverage of Sidharth's demise was condemned by his fans who requested paparazzi to give his grieving family privacy. People also objected to celebrities sharing updates about Shehnaaz Gill's condition and inside 'gossip' after visiting the Shukla family. Shehnaaz Gill went through highs and lows in 2021. On the professional front, the actress saw incredible success whereas she went through a traumatic phase after Sidharth Shukla's demise. Workwise, Shehnaaz returned to Punjabi films after a long hiatus with Honsla Rakh. It was her first film after Bigg Boss 13. Prior to that, the 27 years old made heads turn with drastic physical transformation. The Punjab Ki Katrina Kaif transformed into a sexy diva. The jaw-dropping moment came when Shehnaaz surprised everyone by featuring on Filmfare's digital cover as 'The Next Big Thing'. Her photoshoot with renowned celebrity photographer Dabboo Ratnani was the talk of the town. 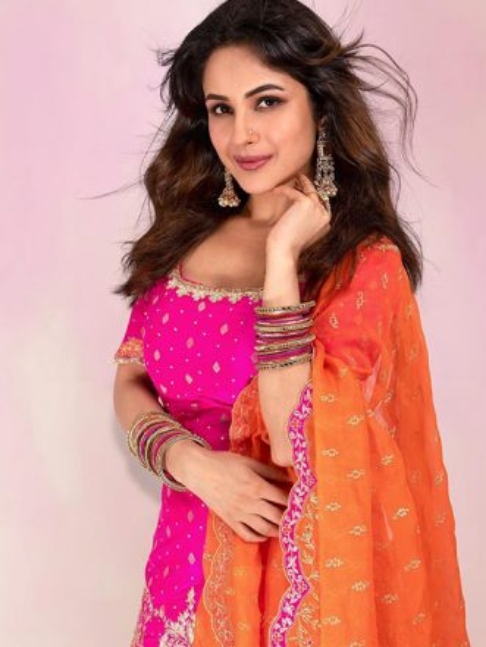 Karan Kundrra was in news this year for multiple reasons. The actor hit headlines for his breakup with Anusha Dandekar. The latter often shared cryptic notes and posts about their bitter breakup and fans were curious to know the real reason behind it. Neither Karan nor Anusha clearly spoke about the troubles that caused the rift. In October this year, Karan participated in I and is being lauded for his 'Karan Neeti'. Hailed as the mastermind, Karan is one of the potential finalists of this season. His bonding and closeness with co-contestant Tejasswi Prakash is the talk of the town. Known as TejRan, they are making the right amount of noise. Karan's romance and fights with Tejasswi are grabbing eyeballs. 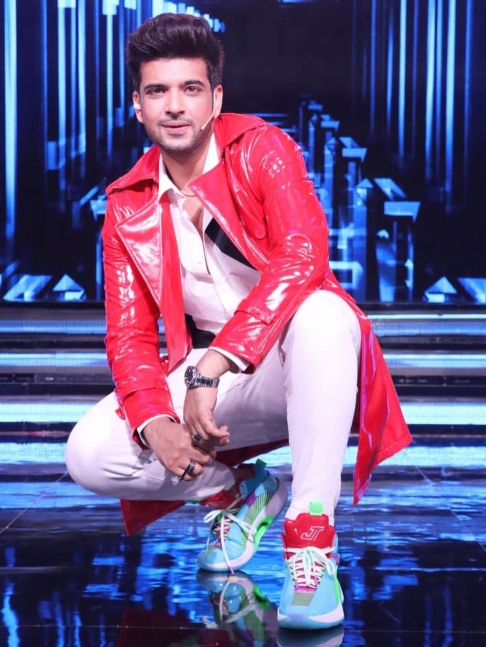 Shamita Shetty finally found her Mr Right in Raqesh Bapat. Love blossomed inside the Bigg Boss OTT house. Shamita, a strong-headed woman, and Raqesh, a quieter and calmer man, got attracted to each other for their personalities. After Bigg Boss OTT, Shamita and Raqesh met each other often and went on dinner dates. Before Shamita entered the Bigg Boss 15 house, she did her first Instagram live video with Raqesh. The actor gave her a surprise by participating in Bigg Boss 15 as one of the wild card entrants. However, he had to step down due to a kidney stones problem. But, Raqesh is rooting for Shamita from outside. 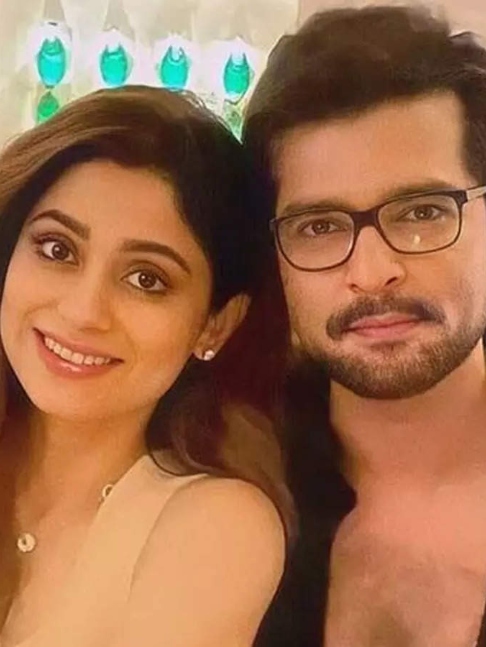 The Czarina of Indian television, Ekta Kapoor was honoured with the prestigious Fourth Highest Civilian Award 'Padma Shri Award' for excellence in the field of performing Arts, on November 8 at Rashtrapati Bhawan, New Delhi. The chief of Balaji Motion Pictures (films), Balaji Telefilms (television), Cult Movies (films) and ALT Balaji (web content) has been actively working in Bollywood and majorly television for decades now. She attended the Padma Shri ceremony with her actor-father Jeetendra. A few months ago, people were wondering "Rakhi Sawant ka pati Ritesh kaun hai?" Finally, putting an end to the mystery, the actress introduced her husband to the nation on Bigg Boss 15. Rakhi once again participated in the show as a 'VIP' and entered with Ritesh, a software professional working in the UK. In no time, people turned suspicious about them. Many were of the opinion that they were faking their marriage for the show. Later, people discovered an unseen picture of Ritesh with his wife Snigdha Priya and their son. Snigdha is Ritesh's previous wife and they are yet to get divorced.

Post his eviction, Ritesh clarified that he got married to Rakhi according to Hindu traditions but she is not his legal wife yet. He assured to legalise the marriage after Snigdha signs divorce papers. 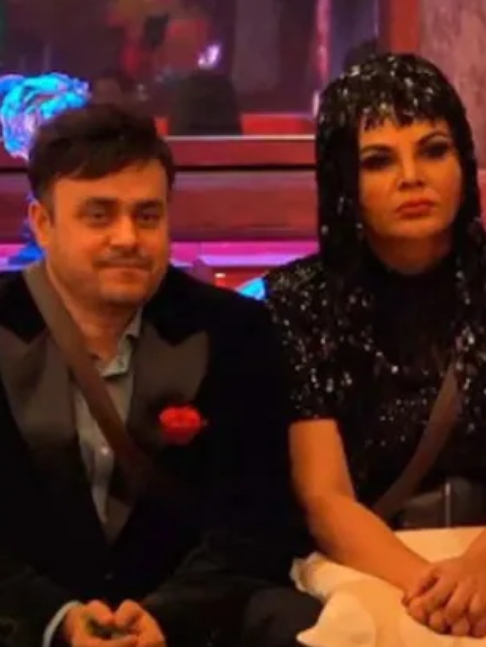 The first season of Bigg Boss OTT was won by Divya Agarwal. The former winner of Ace Of Space Season 1 lifted the coveted trophy and made it to the headlines for being real on the show. She defeated Nishant Bhat and Shamita Shetty to win Bigg Boss OTT. On the show, Divya became a good friend of Shamita but over a period of time, they grew apart. She never shared a good relationship with Pratik Sehajpal. She bonded well with Zeeshan Khan. Throughout her 6 weeks journey, she had several clashes with the host of the show, Karan Johar. 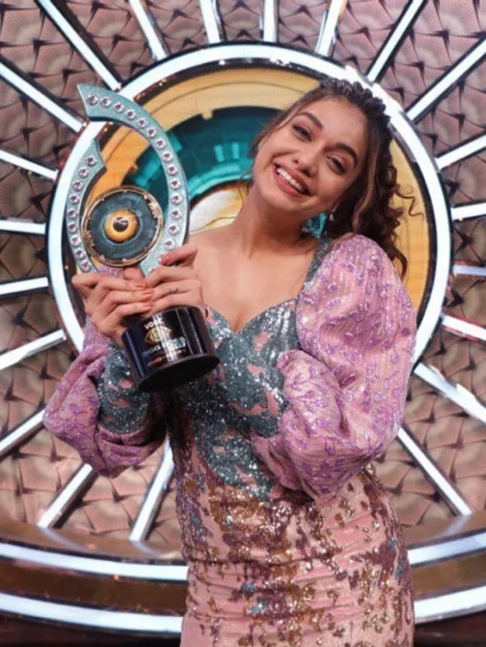 Amid Krushna Abhishek and Govinda's heated family feud, their partners Kashmera Shah and Sunita Ahuja got entangled in a war of words. Krushna, a member of The Kapil Sharma Show, refused to perform on Govinda special episode due to personal reasons. Govinda's wife Sunita lashed out at Krushna for making family problems public. When Krushna expressed his desire to reconcile with his mama and mami, Sunita vowed to never see the comedian's face.

Kashmera came out in her husband's support and slammed Sunita for her statements. Things took an ugly turn when the former asked, "Ye Sunita kaun hai?" Sunita replied to Kashmera indirectly and said, "Problems in the house start when we bring a bad daughter-in-law." As of now, Krushna's family and Govinda's family are not on talking terms. 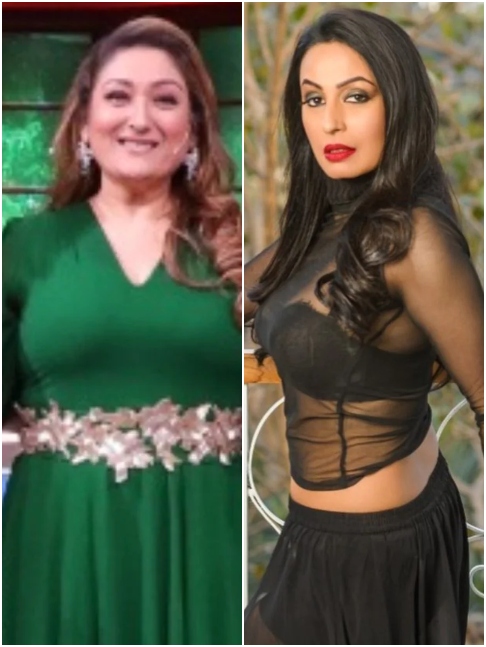 Taarak Mehta Ka Ooltah Chashmah's Munmun Dutta, who plays the role of Babita, was rumoured to be dating her co-star Raj Anadkat a.k.a Tapu. A leading daily's report claimed that the actors are in a stable relationship and both the families are aware of their relationship. Munmun and Raj maintained silence over the matter for quite some time but when things went out of control, they strongly reacted to the rumours. The actors slammed the report and requested media and fans to not malign their reputation. 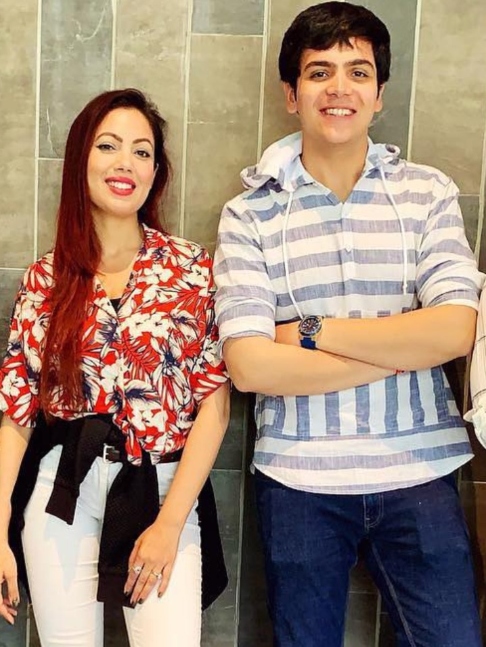 Rupali Ganguly-led Anupamaa is one of the most successful shows of the year. While the show is making headlines for exciting twists and loads of drama, there was a time when the Rajan Shahi-produced daily soap was in news for an alleged cold war on the set. There were reports that Rupali and Sudhanshu Pandey were not on talking terms and the reason was groupism. However, Madalsa Sharma a.k.a Kavya of Anupamaa dismissed the rumours as false.

Soon, Anupamaa became the talking point after reports claimed that Ronit Roy was considered to replace Sudhanshu as the male lead. But, the news was untrue. While Sudhanshu is still a part of Anupamaa, Gaurav Khanna entered the show as Anuj. This on-screen pairing with Rupali is being loved by the audience. 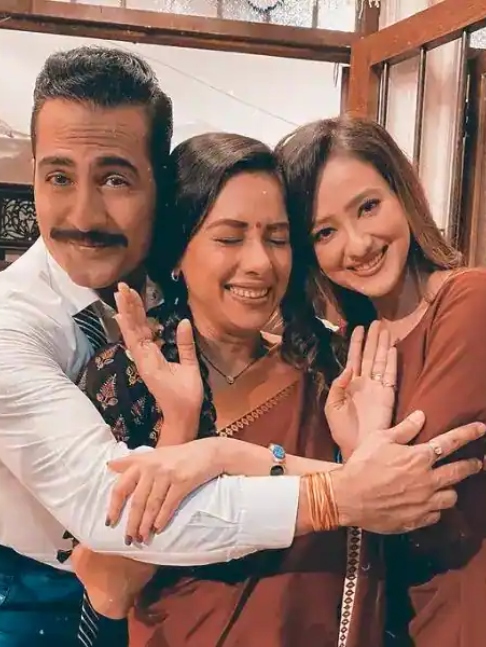 Ekta Kapoor's Pavitra Rishta made Ankita Lokhande and Sushant Singh Rajput household names. After 12 years, the show got a digital version titled Pavitra Rishta - It’s Never Too Late. It premiered on September 15 on ZEE5. Ankita returned as Archana whereas Shaheer Sheikh replaced Sushant aka Manav post the latter's demise in 2020. Fans of Sushant trolled Shaheer for stepping into the shoes of the popular actor. However, he issued a statement to clarify that nobody can replace the late actor and he signed Pavitra Rishta 2.0 to pay a fitting homage to Sushant’s legacy. 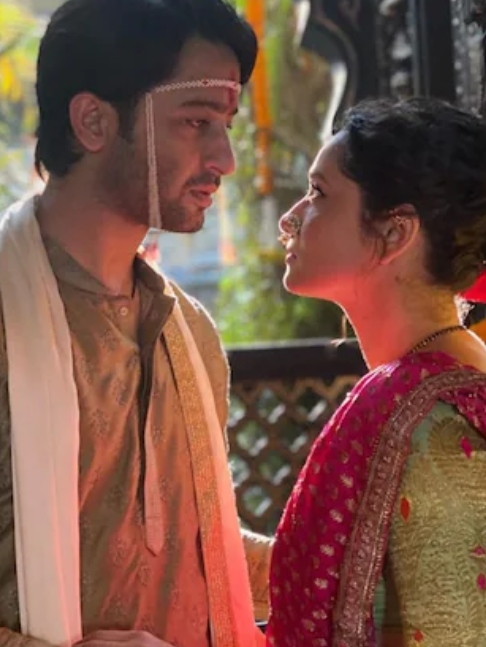