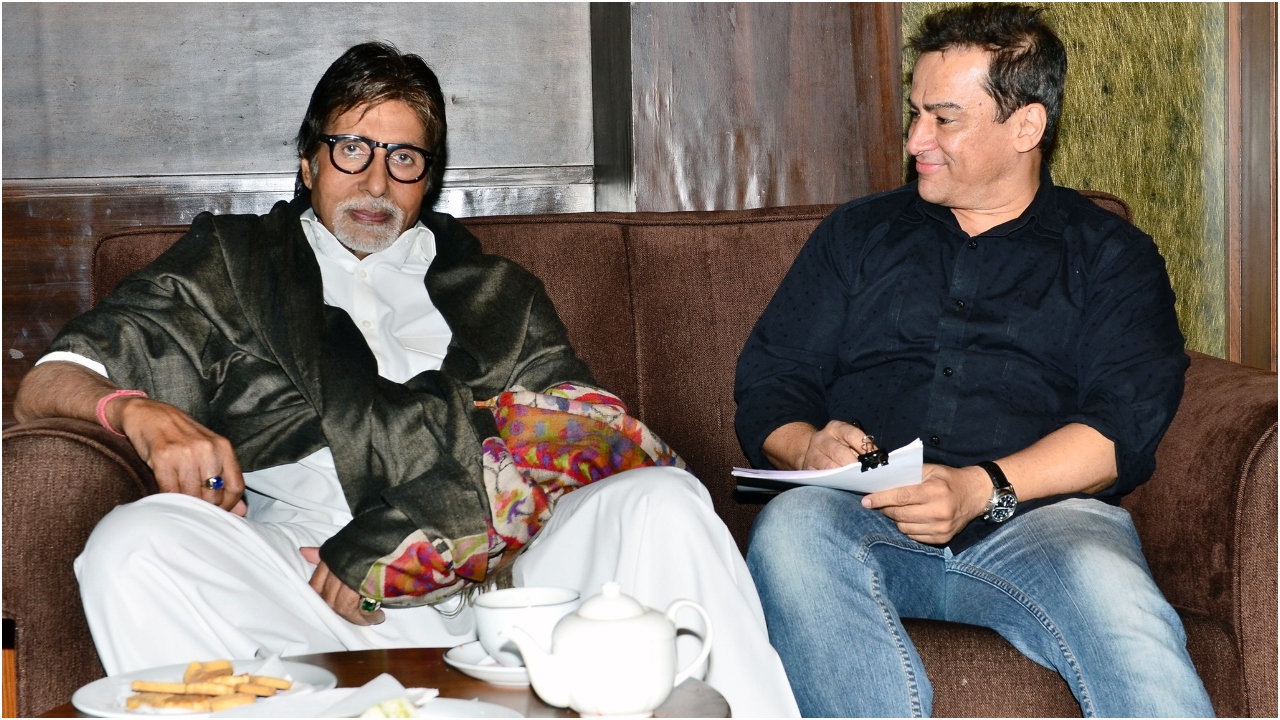 When you think of 80, you don’t think of Amitabh Bachchan. That’s the age of your parents. Or even grandparents. And Mr. Bachchan, in your mind and mine, and for cinegoers around the world, still remains something of the angry young man we got to know and admire during the 1970s in films like Deewar, Zanjeer, Trishul and Kaala Patthar. I was his fan first before I became his friend. And 30 years of friendship later, I am still his fan. More so, I would say.

I got to know Mr. Bachchan exactly on his 50th birthday in 1992. He had retired from cinema. Started growing a salt-and-pepper moustache and beard. Taken to wearing starched white kurta-pajamas. A shawl wrapped around the body. Gone was the angry young man. In his place was a distinguished senior actor who had gone into retirement behind the high walls of his Juhu bungalow. He no longer wanted to meet anybody and nobody wanted to meet him.

I was launching a Sunday newspaper that year. I wanted Mr. Bachchan to write for the inaugural issue. He declined. He said he was no writer. That was his father, the legendary Dr. Harivansh Rai Bachchan. But he could talk. And I could take down what he said. Sort of ghost write for him. If that was acceptable... It was. He spoke eloquently about Bombay. And he came outside his gates and stood on the road for a picture. Auto drivers and passersby stared like they had seen a ghost.

He turned out to be a warm, caring and sincere friend. Writing me letters (email, SMS and Whatsapp weren’t even a dream then) of appreciation when he came across an article or interview by me in the papers. Or picking up the phone and calling. Sending me flowers for my birthday. Sweets for Diwali. Inviting me home for dinner. To meet his father. To Bangalore when he held India’s first Miss World Beauty Pageant. It was he who kept in touch. I was too awestruck.

And that’s how our friendship grew. I covered his 50th birthday as a journalist. Attended the 60th and 70th as his friend. And because KBC had brought him back to showbiz and cinema in a big way, I interviewed Mr. Bachchan more times than I can remember for print, broadcast and digital media after that. He always rises courteously and greets me with a warm hug. And he tells me to put aside my pen and talk to him as an old friend. Which I do. But I also get my job done.

When I wrote a novel in 2017, Mr. Bachchan graciously wrote the Foreword. And we continued meeting. But in the recent years he has turned reclusive. No wonder. At 80 he is energy plus and still working hard. He loves his craft and lives for that. He must need to switch off. And he has started doing that. But he remembers our friendship. The first greeting I get on my birthday at the stroke of midnight, is from him. I stay awake just for that. And today it is my turn to wish him. Good luck and God bless.