Aadmi hu aadmi se pyaar karta hu! It's time we normalize the word 'gay' in our society and thankfully someone from Bollywood has finally taken a step forward for it. Director Hitesh Kawalya has tried to do something new in his film based on homosexuality titled Shubh Mangal Zyada Saavdhan. The film is a spin-off to the 2017 release Shubh Mangal Saavdhan and stars Ayushmann Khurrana, Jitendra Kumar, Gajraj Rao and Neena Gupta.

The story of this comedy-drama is simple - two men fall in love with each other and wish to get married. But what happens next is not that simple. The film is a brave attempt by the makers to showcase this unique, never seen before romance of two men and highlight LGBT on the big screen. But unfortunately, there are parts in the film that feel stretched. 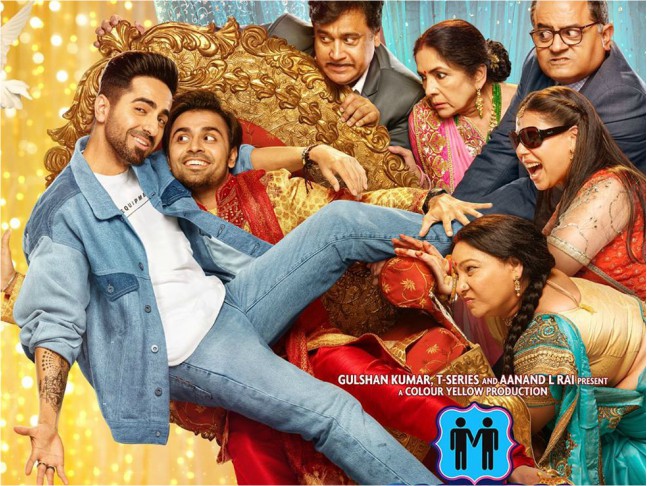 Set in Allahabad, the film starts with Kartik Singh (Ayushmann Khurrana) and his gay partner Aman Tripathi (Jeetendra Kumar) running to catch a train to attend Aman’s cousin sister Goggle’s (Maanvi Gagroo) wedding. Kartik meets Aman’s family on the train and that’s when Aman is made to meet the girl his family has selected for his marriage - Kusum (Pankhuri Awasthy). Tensed about seeing his family and boyfriend together, Aman tries to talk to Kartik but the two end up kissing to calm down a bit. But that’s when the chaos begins as Aman’s father Shankar Tripathi (Gajraj Rao) sees the two kissing. Witnessing this ‘shameful’ incident, Shankar plans with his wife Sunaina Tripathi (Neena Gupta) to emotionally blackmail their son and get him married to Kusum, a ‘girl’.

Kartik and Aman are upfront about their sexual identities. They clash bravely with Aman’s heteronormative parents and try to sensitize them but all their efforts go in vain. This out of the box story is about how a man will fight any societal norm and family pressure that comes his way of marrying the love of his life. Every love story deserves a happy ending but the road to achieving this happy ending is a little too rough for these two men out there. What happens when Kartik and Aman make it the goal of their lives to receive acceptance on their love is what makes this film different and worth a watch. 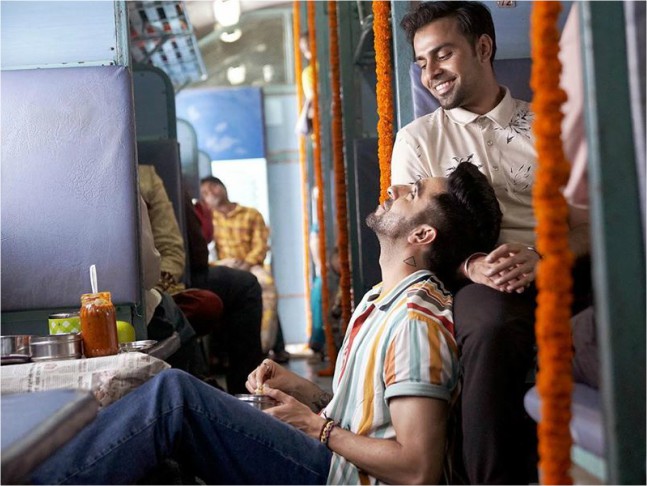 The first half is superb. It is funny, quirky and has a perfect dose of entertainment. However, you may get a little bored during the second half and witness some unwanted scenes and conversations. It looks chaotic and could have been better. But we have to give it to director Hitesh to finally make a try to normalize this sensitive topic. Perfect casting, well-written dialogues, natural humour and a strong underlying message are essentials in every Ayushmann film and of course, Shubh Mangal Zyada Saavdhan is no exception. The 1 hour 57 minutes long film has a significant message -pyaar toh pyaar hota hai. This film delivers a crucial learning on homosexuality with a healthy dose of laughter that does not make it too serious. 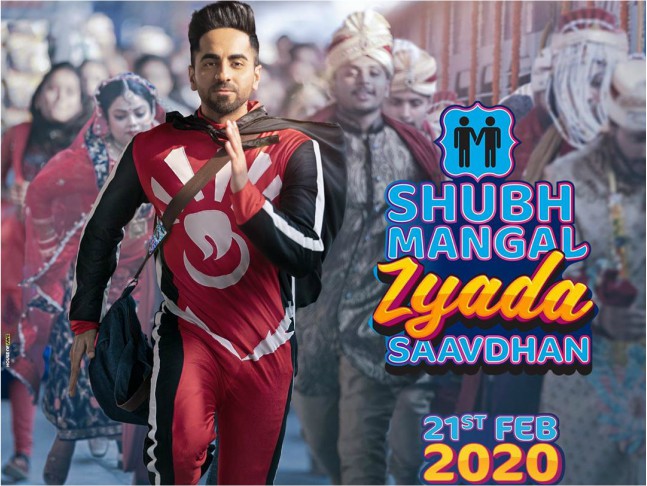 Ayushmann is brilliant in every frame and it would be unfair to expect anything but perfection from the talented actor. With A1 acting skills and commendable expressions, he leaves us impressed. However, his screen space in the film is not as expected as he is missing for a long duration after the first half. Jitendra is unbelievably good! He is relatable, confident and extremely convincing as a ‘gay man’ Aman. He balances his romance with Ayushmann with much ease. Then comes Neena Gupta – the backbone of every film she is a part of. She plays the role of ‘every emotional mother out there’ so comfortably that you forget you are watching a film. It feels real. Gajraj, her on-screen husband, is fantastic. In fact, he is the one the storyline revolves around. He hits it out of the park with his stubborn yet protective role. The film's supporting cast has delivered mind-blowing performances as well. Be it Pankhuri Awasthy's quirkiness or Maanvi Gagroo's much-needed drama, every actor in the film is impressive. Manu Rishi Chadha, who plays the role of Jeetendra’s chacha Chaman, is a surprise package. His punch lines are epic and acting commendable. His on-screen wife Sunita Rajwar as Champa Tripathi is amazing too. Special thanks to Bhumi Pednekar for lighting up the screen with her 2-minute role in the beginning!

Full marks to Hitesh Kewalya for the effortless direction but the writing of the film could have been better with lesser confusing plots. The dialogues are empowering and injected with humour. Even with a variety of characters and situations, the screenplay moves at a nice pace. The film’s music by Tanishk Bagchi and Tony Kakkar is peppy and works well with the script. With real-life locations and apt background music, SMZD’s editing by Ninad Khanolkar is to the point and pleasant. Extra marks to Chirantan Das for the beautiful cinematography.