When a film is shown in a cinema hall or TV, it would not be wrong to say that the audience only remembers the hero and the heroine. Often we ignore the supporting actors aka the side-kicks. Kaamyaab also deals with the bitter truth of the film industry. In the film, veteran actor Sanjay Mishra plays an experienced character actor named Sudhir. The now-forgotten actor has accepted his fate, living alone in his family home. He is a widower and drowning himself in alcohol. His daughter is married and lives a happy life with her husband and child, but always insists an alone Sanjay to move-in with her, which he politely declines.

However, one day, an enthusiastic broadcast journalist shows up for an interview with the ‘Forgotten Stars of Bollywood’. The journalist requests him to mouth his iconic dialogue – ‘bas enjoying life, aur koi option thodi hai' and soon into the conversation Sudhir realizes that he gave up on acting just one film short of his 500th film! As he gets a ray of hope, he decides to come out of his retirement to mark his 500th on a glorious note. 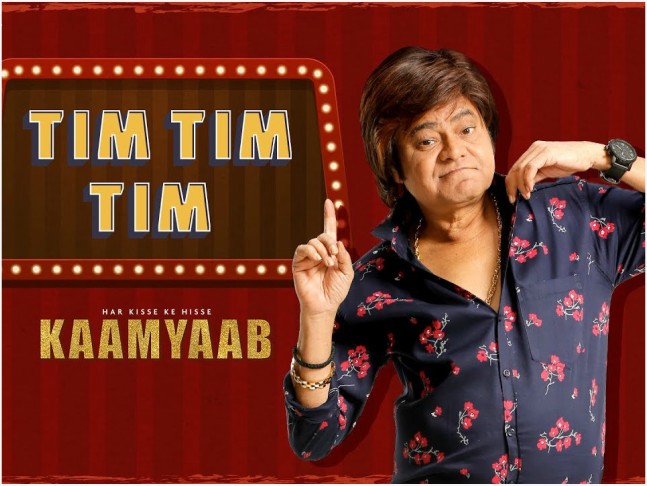 RECOMMENDED READ: The budget of 'Kaamyaab' is lower than the cost of vanity vans parked on the sets of big budget films: Sanjay Mishra

Deepak Dobriyal plays the casting director Dinesh Gulati, who eventually turns Sudhir's friend. He gives him a role in a film, but during the shoot, Sudhir does not get his payment and he gets very shocked to be back in showbiz.  An out of touch Sudheer faces the harsh realities of the film industry undergoing drastic changes over the years - both in terms of acting and its treatment of character actors.  Whether Sudhir is able to complete the 500th film of his career or not, you have to go to the cinema hall and see it.

Sanjay and Deepak are the captains of the film, who entertain from the beginning to the end. Their camaraderie on the screen is palpable. The narrative is funny and emotional, carefully navigating the era of the 80s and 90s, focussing on the supporting actors of that era. Sanjay encapsulates the vulnerability and angst of Sudheer, highlighting his crushing lows and his struggle to fit in the one last challenge. Deepak is an excellent form and Sarika Singh, who plays his daughter Bhavna, stands out in her scenes. Cameos by iconic character actors such as Avtar Gill, Manmauji, Lilliput, Guddi Maruti, Birbal and the late Viju Khote who play themselves in the film lends this one a realistic edge.

National Award winner director Hardik Mehta's film is a heartfelt tribute to all supporting actors, who might have slipped into the cracks of time but their contributions to Indian cinema are immeasurable. Although the film is set in today's time, the feel of it is very '90s with all the big wigs, flashy clothes and setup.

Piyush Puty has done a good job with cinematography and Rachita Arora music matches the film's emotional quotient. The film encapsulates Sanjay’s fall from grace and his redemption, focusing on the fact that it’s never too late to chase your dreams. At the changing times in Indian cinema, Kaamyaab stands out for its story and storytelling.

Thalaivii Review: Kangana Ranaut’s tribute to Jayalalithaa is not her best work