Advertisement
HomeWEBCASTWebcast ReviewsSherni Review: Vidya Balan is the 'lioness' in a film orbitting around man vs tiger

Sherni Review: Vidya Balan is the 'lioness' in a film orbitting around man vs tiger

Vidya Balan has entered into a lesser-explored and thrilling territory of the wild in Amit Masurkar’s Amazon Original film, Sherni. Co-starring Vijay Raaz, Sharat Saxena, Neeraj Kabi, Brijendra Kala, Mukul Chadda, Ila Arun and Sampa Mandal, the film has released on OTT and will take you into the woods that go deep into exploring politics and power. Set in the dense forests of Madhya Pradesh, Sherni sheds light on the everlasting debate on man vs wild.

Vidya Vincent (Vidya Balan) is a newly recruited Divisional Forest Officer. She is given the responsibility to track down a ‘man-eater’ tigress, T-12, whom the locals believe was responsible for human deaths in the jungle. With the help of her Forest Department team, Vidya gets on a mission to safely transport the tigress to a national park. In her mission and investigation, Hassan Noorani (Vijay Raaz), a DNA expert and a college professor, is her biggest ally. Identifying the tigress, rescuing villagers and ensuring the tigress’ safety aren’t the only obstacles Vidya has to overcome. While local villagers are worried about their safety, netas are busy playing political games using the situation to their benefit. Right from Vidya’s head, BN Bansal (Brijendra Kala) to local MLAs GK Singh and PK Singh, the male-dominant society acts as a hindrance between Vidya’s journey to maintain a balance between mankind and wildlife. Another obstacle is Ranjan Rajhans (Sharat Saxena), a conservationist and private hunter who can identify if the tigress is a man-eater or not.

Loosely based on 2016’s tigress Avni killing, Sherni’s backbone is made of social issues. The core story seems to be inspired by the killing of Avni, or T-1, an adult tigress with two cubs, which was shot dead in the Yavatmal district in Maharashtra. She was suspected of killing 13 people. Avni was shot dead by Asghar Ali Khan, son of hunter Nawab Shafath Ali Khan. Forest officers along with Asghar had spread the urine of another tigress and an American perfume to lure Avni. This sparked off controversy and there was a wave of widespread anger among environmentalist. Much before we get into the technicalities, the title of the film, Sherni, is the most problematic one. The term Sherni stands for Lioness while Baghin is the Hindi term for Tigress. However, it seems the makers are themselves confused as they call Tigress ‘Sherni’ instead of 'Baghin', which should be the right term. For the unversed, in reality, the T-12 tigress had been named Maya and is said to be Tadoba Andheri Tiger Reserve's most charismatic tigress.

Coming to the direction, Amit, who directed the widely acclaimed Newton (2017), tells an important and relevant tale with a dash of drama. As he dives deep into the wood, Amit gradually unfolds political angles. Reiterating the fact that development and conservation should go hand in hand, the director intertwines prevalent gender issues, and corruption that runs down the system. He keeps his approach raw and real and doesn’t waste much time in getting to the point. Aastha Tiku, who has written the story and screenplay, makes Sherni as relevant as possible.

However, as they encourage conversation and speak in favour of wildlife, the film’s end doesn’t clearly justify their purpose. The loose ends do hamper the entire narrative. Amit and Aastha could have easily sent a powerful message but in certain aspects, they couldn’t reach the mark. 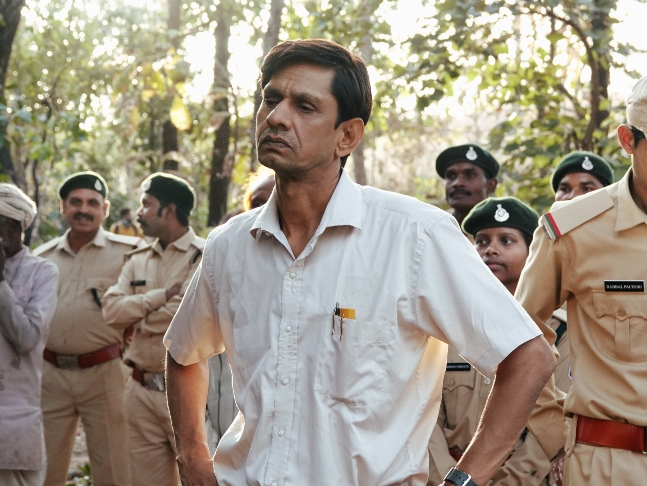 Leading the pack is Vidya, who plays the role of a forest officer. Like a true ‘sherni’ (by this, we mean Lioness), the actress roars the loudest. A woman of few words, Balan as Vidya Vincent excels in every frame with her body language and command over her craft. Being a ‘lady officer’, she faces sexism both in her personal and professional life. Dialogues like ‘yahan musibat aa chuki hai aur lady officer ko bhej diya hai’, her mother-in-law (Ila Arun) asking her to wear an expensive necklace and suggesting she takes her husband (Mukul Chadda) along to a kill site at night, strongly hint at the gender inequality prevalent in the society. Though Vidya’s character is a quiet and reticent person, the actress adds weight with her mannerisms. She is a lioness who knows to pick her battles and stand for the right. When a character tells her, “You must pick your battles wisely,” Vidya does exactly the same by opposing encroachers and poachers who pose potential harm to the wildlife. 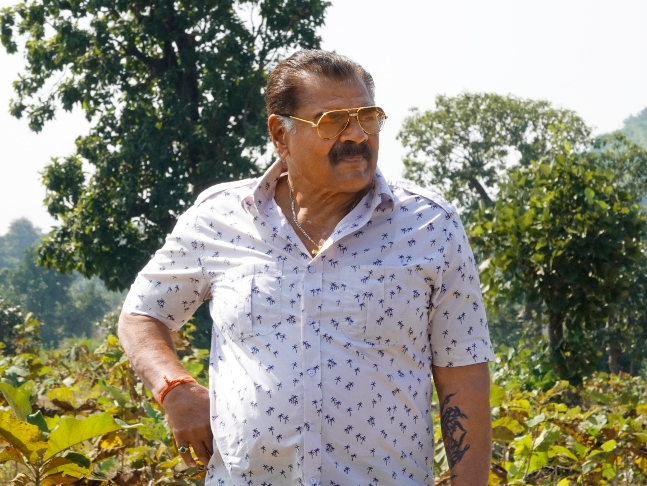 Vijay Raaz as Prof. Noorani is delightful. If Vidya is the heart and soul of Sherni, he is the spine. He commands attention when he appears on screen and is magical while performing with Vidya. Sharat Saxena excels as Ranjan aka Pintu. Neeraj Kabi, in a brief role as Nangia sir, shines. Brijendra Kala as BN Bansal is equally excellent. Mukul Chadda gets to play Vidya’s husband and does a good job in a small role. Ila Arun’s appearance is pleasant. Director Of Photography Rakesh Haridas has captured the dense forest of Madhya Pradesh beautifully. With his lens, he tries to create a sense of fear, thrill and vibe of the jungle. 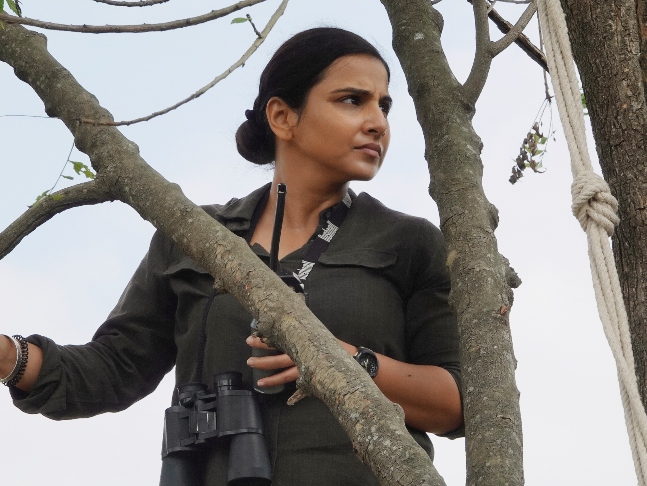 With factual errors and an unsatisfying end, Sherni has some misses with some hits. It would have been a riveting watch had there been a different ending, though it has its moments. Right from the ambience to the gripping narrative, Sherni is a good film but not a masterpiece. Though it is an off-beat film, it can be perfect for a monsoon weekend binge. Sherni should be watched for Amit, Vidya and the entire cast and crew’s brave attempt.